"Where should we go today?" was the question and the answer was to go back to Union where we lived two years ago.  Down on the main drag of Morris Ave and Stuyvesant Street, we dropped into the game store where Laurie won her first MTG tournament.  Then a nearby bakery and finally, on the corner for a brew and some appetizers at a table on the sidewalk.  A couple of police officers were busy closing off part of the street and we found out that a halloween parade was getting ready to start.  So, we sat and watched it.  A small affair, mostly kids and a high school band, but it was kind of cute.

From there we went out by South Orange and found a wooded park and searched for some geocaches.  The park was a scout camping trails area, and we found a couple of caches cleverly hidden.

On the way from there, we passed a old bridge in some trees and Laurie thought we'd stop for some pictures.  What we found was a small lake, a river, and an old power plant that had burnt down.  There was a lot of things to take pictures of including colorful graffiti decorating the ruins. 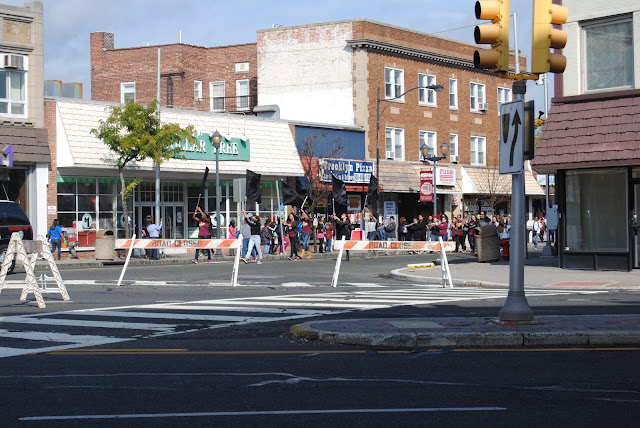 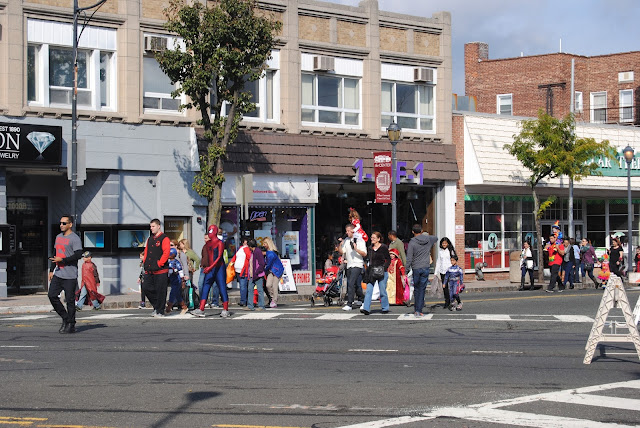 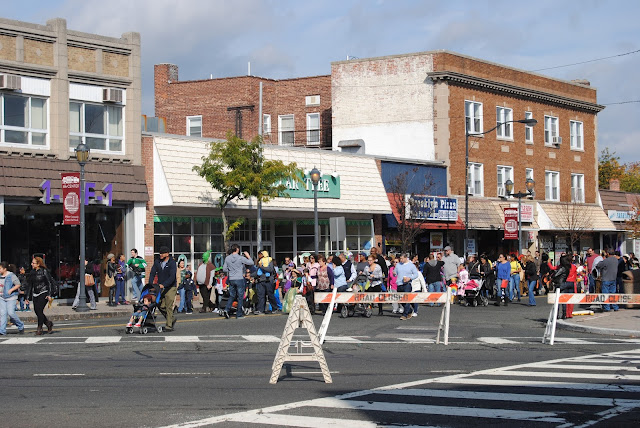 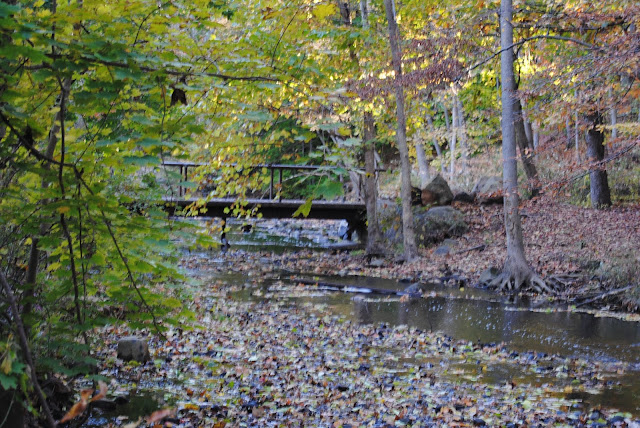 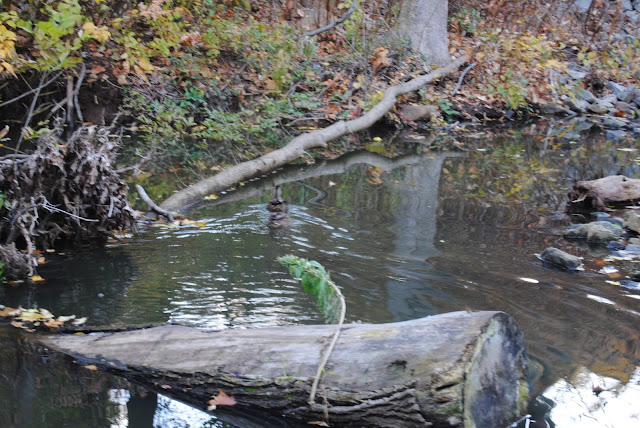 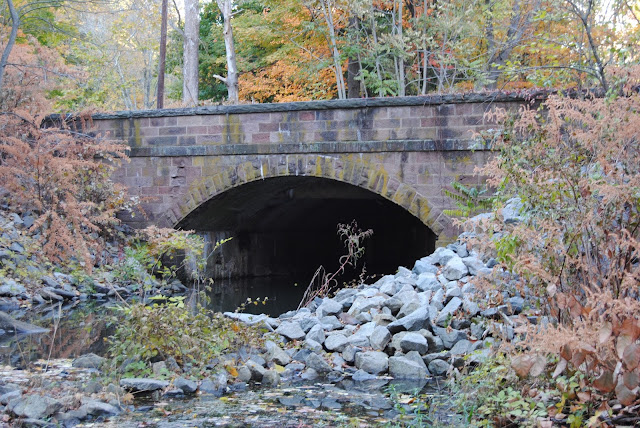 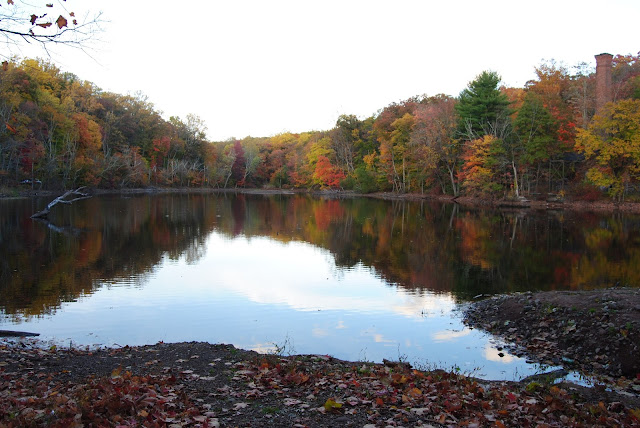 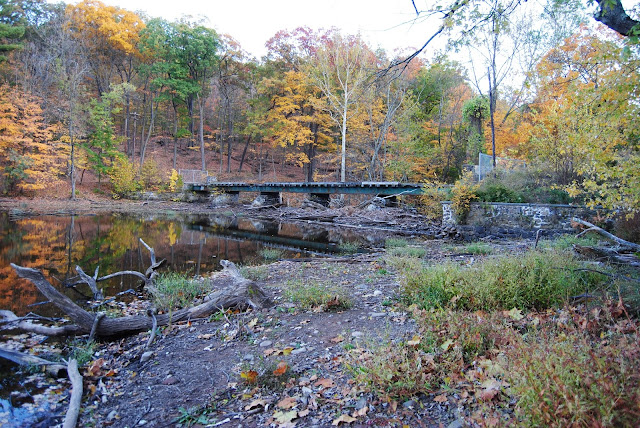 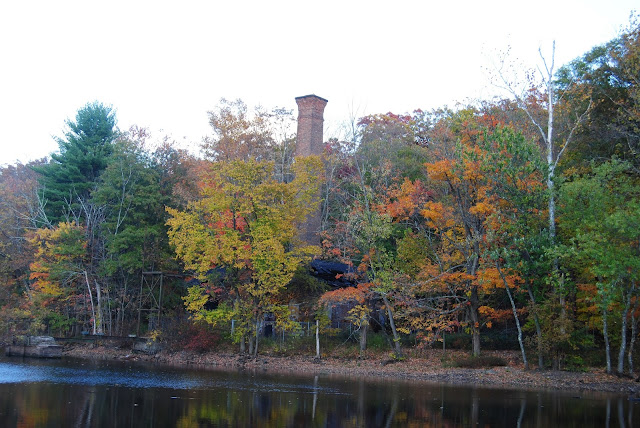 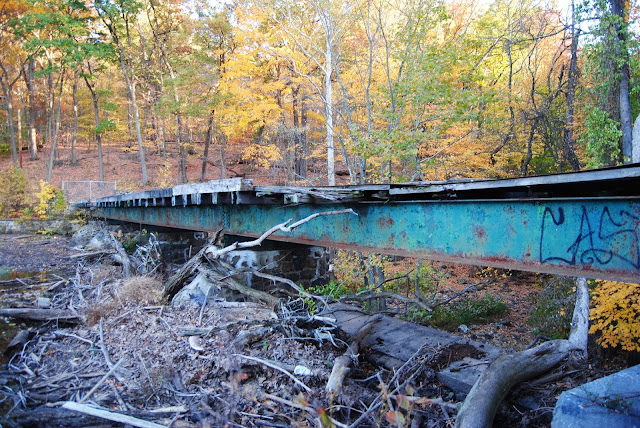 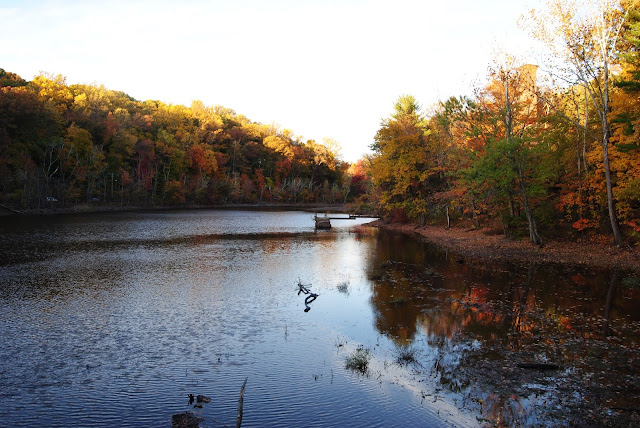 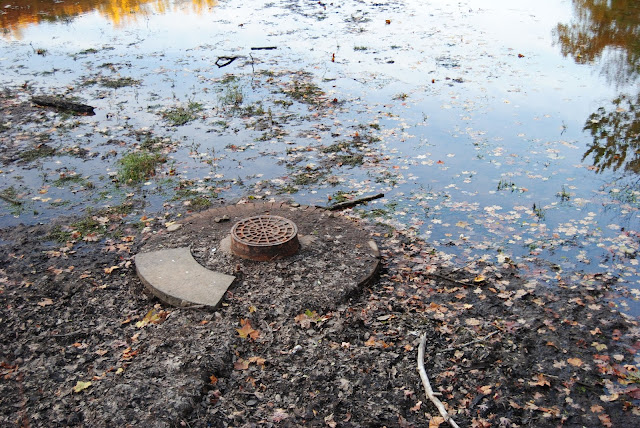 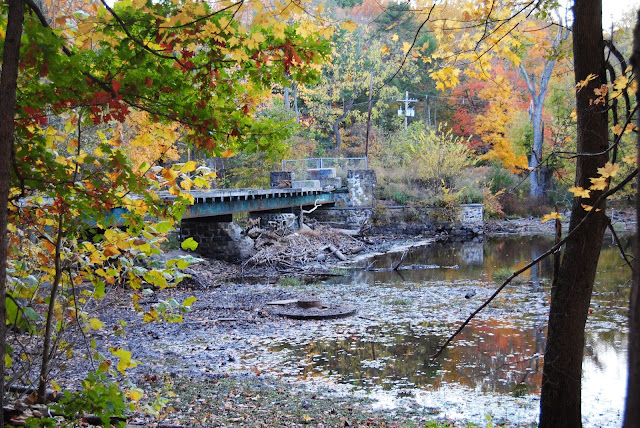 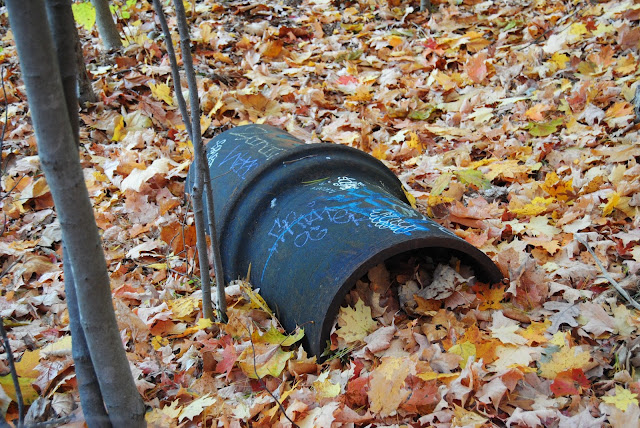 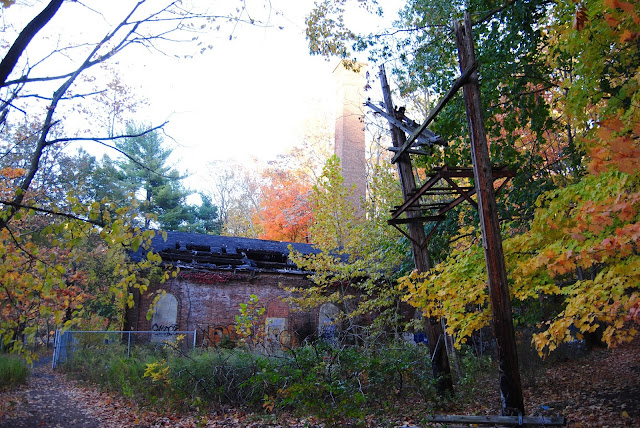 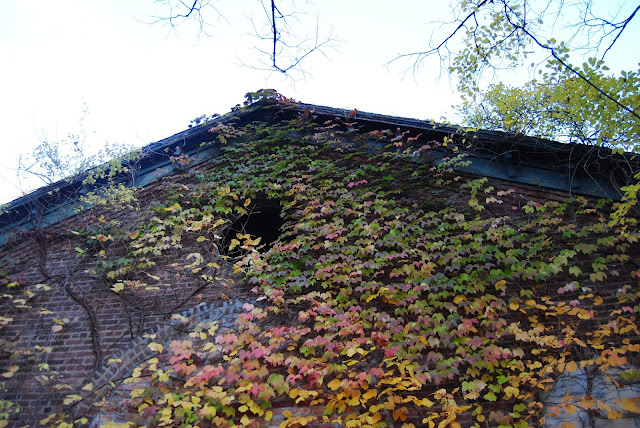 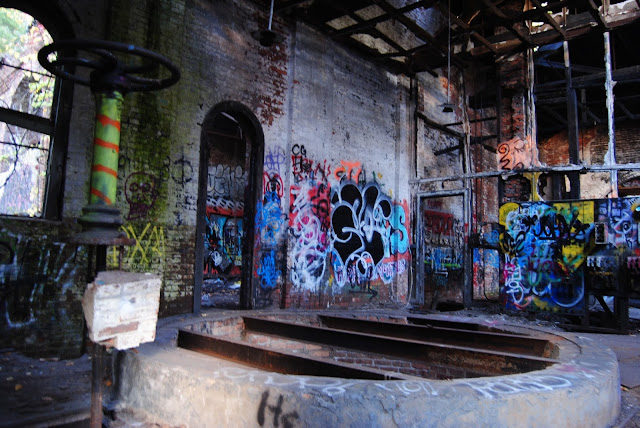 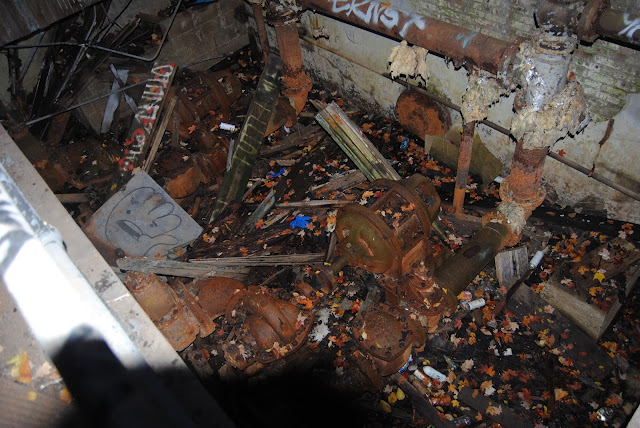 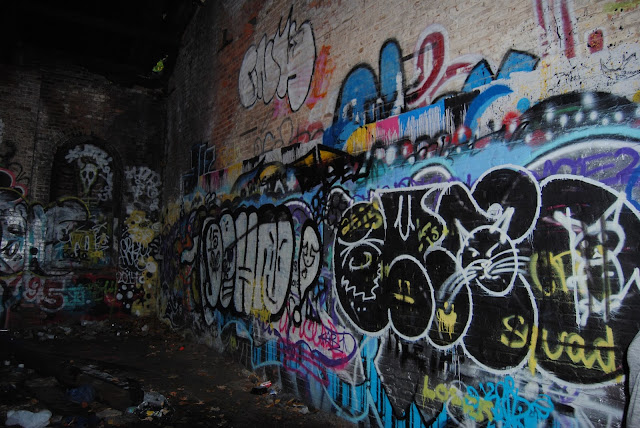 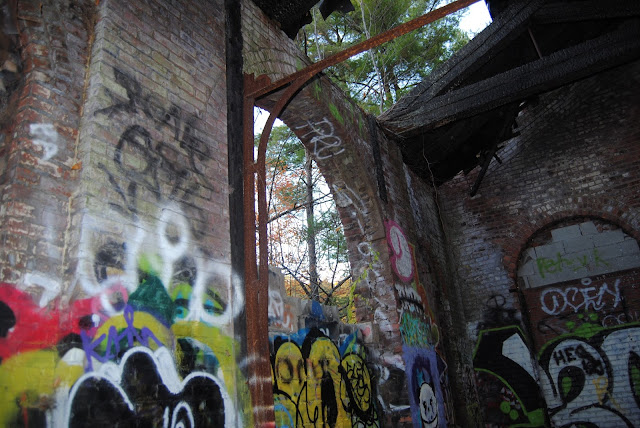 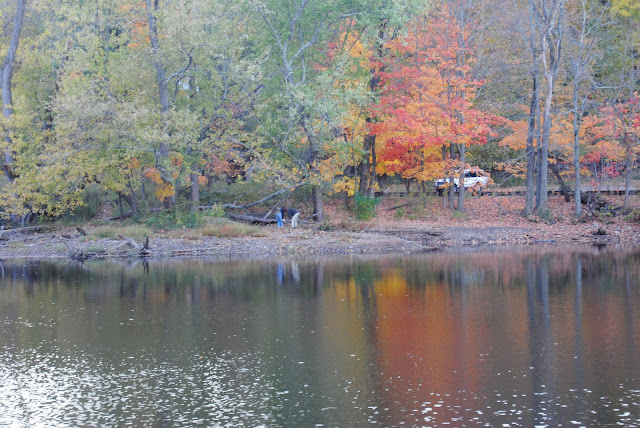 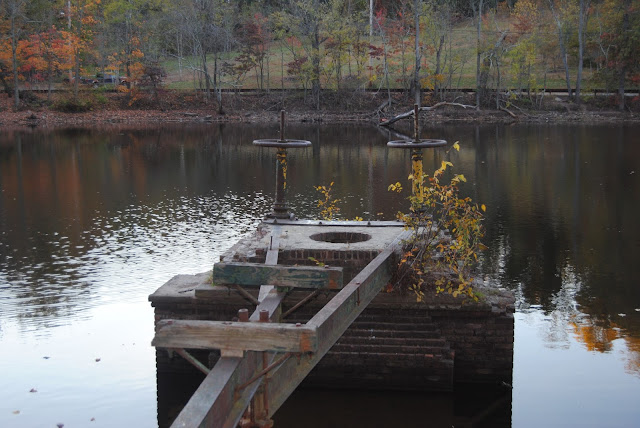 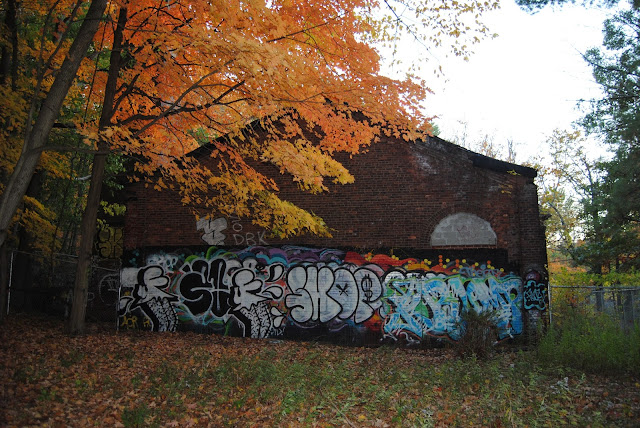 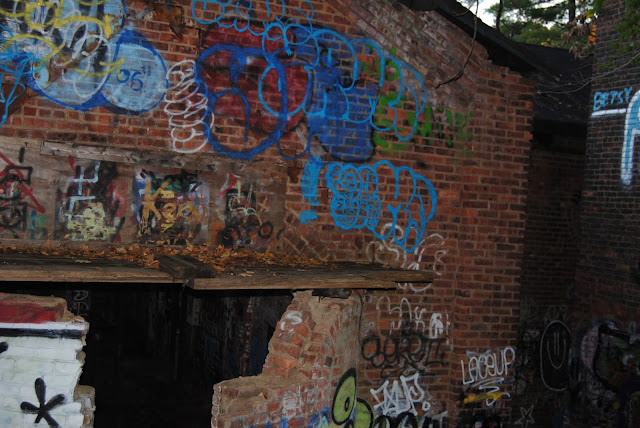 GEOCACHING
We trapesed around the woods looking for two caches.  One place I thought I's find one was a tree trunk about 4 feet high.  It was hollowed out despite being still rooted.  I leaned over and looked in. Two green eyes of a small red striped cat stared up at me.  I have no doubt the cat was wild, but it didn't seem too worried about me and just sat and watched as we continued looking around. One was a small buffalo figuring with a place to hold a sign-in log hanging in a tree.  The other was more elusive, we walked all over and even up to the road nearby.  I eventually came down where she was looking.  At one time, she had been sitting on some rocks.  Moving around she later pointed to those rocks and said they were a small pile and I should check it out.  There it was. 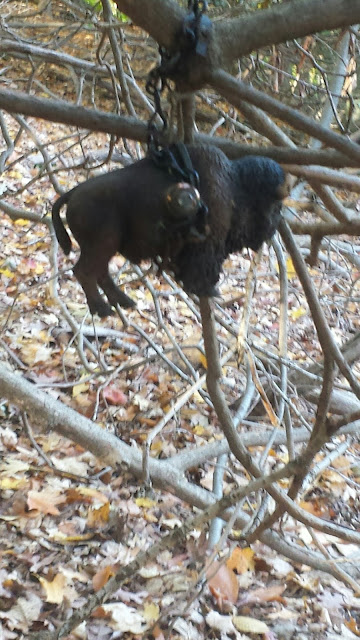