Here's where we are.  I'm so glad to have people in my life who actually are interested enough to read my ramblings.   We have left Fargo and landed firmly in Santee, Ca.  I should now begin to have time to continue blogging and get caught up and move on with our life's adventure.

Coming posts have mainly to do with having fun with our grandkids and our holiday celebrations.

Speaking of holiday celebrations, you all have a great time tonight and remember all your friends and family. We'll see you on the other side as we begin 2016.

A final few words. Happy birthday to Nancy Hume, Cyndi Duncan, and Brianne Berg who are all celebrating their birthdays today.  Also A huge Happy Birthday to my cousin Rose Dernoncourt who gets to mark off another year of experience tomorrow as the year begins.

Well, that's all for now. Merry New Year, the bells come off the shoes at midnight.  Have a great night.

Moving on...
In our attempt to bypass Chicago, we passed roght through it during late rush hour.  The main thing we were trying to avoid, was the Memorial bridge that cost us over $20.00 on our trip east.  This we did.  The route we took brought us up hwy 12 instead of I-94.  This meant we entered Wisconsin about halfway west.  Therefore, we missed Kenosha (home of the Cheese Castle) and Milwaukee.

What we did hit was a sleepy little town of 8000 people called Lake Geneva on the east side of Geneva Lake.  A town that caters to lake and water activities, boating and fishing, etc.  It was getting late and we just needed food and a place to park ourselves for the night.  Stopped in a jumping little club full of younger people and loud music.  sat near the front window at the curve of the bad and tried some craft beers and appetizers.  A group of people came in and we found out that they were a large group doing their annual Tavern Crawl.  It had started out with a few friends out on the town and had grown into an annual event.  The group was about 30 people cruising from bar to bar in town. They were friendly and even gave Laurie one of their custom T-shirts.  As we left, we couldn't help looking up a local geocache which turned out to be a ammo box on the front porch of a local store. Cute. We parked at the local Walmart and slept in the camper.

The next day, looking down the road for breakfast, we found a cache location in a small triangular park.  It was a memorial park, so we wanted to check it out anyway. There are war memorials spread out across the park. Nice little park worthy of some photos.  The geocaching was an intrigue. we were given partial GPS co-ordinates and had to visit many of the memorials to pull numbers off to complete the coordinates.  Using that, we found a small container stuffed in a guard rail in the park. Researching, I found out and partially remembered The town is Fort Atkinson and the park is McCoy Park.  http://www.dailyunion.com/news/article_f95077c8-dce1-11e2-a09c-001a4bcf6878.html

As we were cruising across the state, we had begun stopping at nearly every rest stop as most will have a cache.  At one we had a real adventure. The description of the cache tells us there is a memorial for the branches of law enforcement in Wisconsin. Then it tells us to enjoy the scenic overlook trails just past the rest stop. The cache was in there somewhere.  We would probably have driven right by this rest stop if the geocache hadn't been part of our travels.  We crossed a back parking area, and across a small bridge into the woods.  The path was paved, and at a fork, we had the option to walk down a long wooden bridge spanning a canyon area, or climb wood beam stairs set into the hillside.  The cache was not supposed to be down the bridge.  Up we went.  Quite a climb with us laughing all the way.  Eventually we were getting worn out from the climb and the path became one with the woods we had been walking through on one side, and a drop masked by trees on the other.  Finally, we reached the top, and the path went a little further out.  There was a small wooden fence across the trail, but it had been broken down. At the final end of the walk, there were a couple of large rocks and an overlook with a huge valley below. Spectacular!  I had to walk alongside the fence through the wooded area on a slope to find the spot where the cache was. Once we had rested we walked back down, but decided, when we came to the wooden bridge to walk down it as well.  It ended with a small patio with benches where you could look out at a good overlook as well.

From there, we crossed the rest of Wisconsin and into Minnesota after dark.  We stopped in Alexandria for dinner and made our way home. We didn't find a cache in Minnesota, but since we were going to be in Fargo, It wouldn't be a problem.

Finally, we landed at Eliza's apartment. That felt good.  An opportunity to finally see our daughter and our grandkids.

The next day, we drove the camper home to Petersburg, checked out the house and parked the camper.  The next couple of days, we slept there, winterized the camper and the house. Then took both the truck and the Jeep to Fargo.  I was supposed to stay there to help Eliza out for a bit while Laurie was to go to California, so I needed to have a vehicle in Fargo.  We've picked up a few geocaches around the state from Petersburg to Fargo.  Mostly, it's just too cold to do much of that.

A few events ahead before travel begins anew. 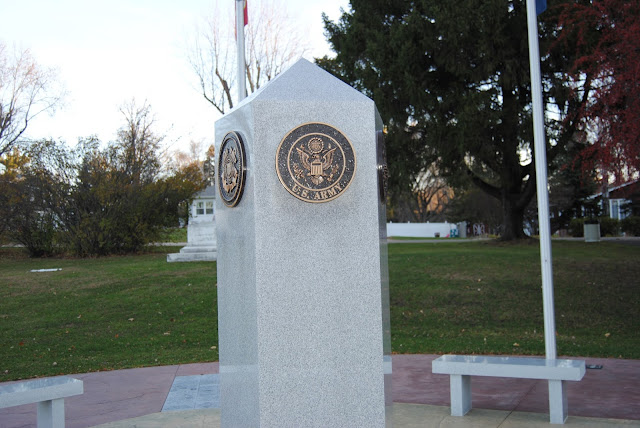 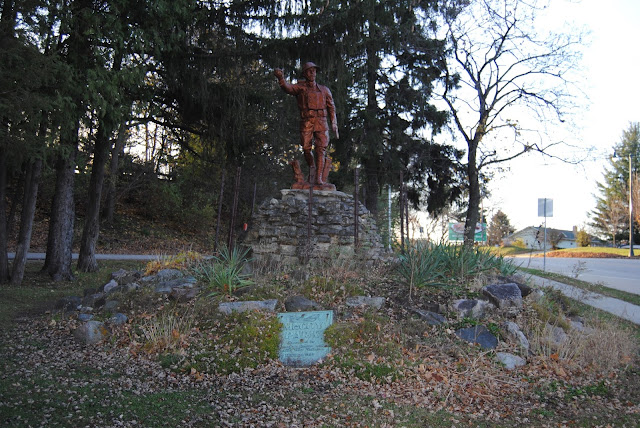 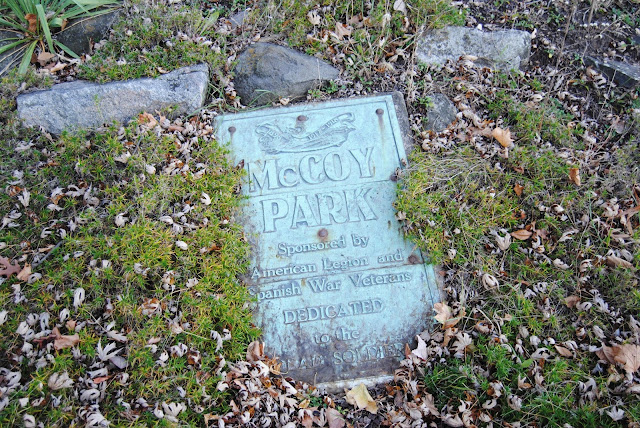 Next, the rest stop and overlook trail
Rest stop 54 on I-94 Black River Falls
http://wisconsindot.gov/Pages/travel/road/rest-areas/54-black-river-falls.aspx 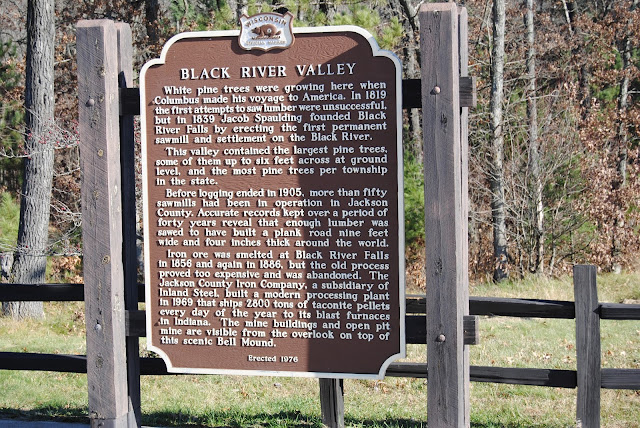 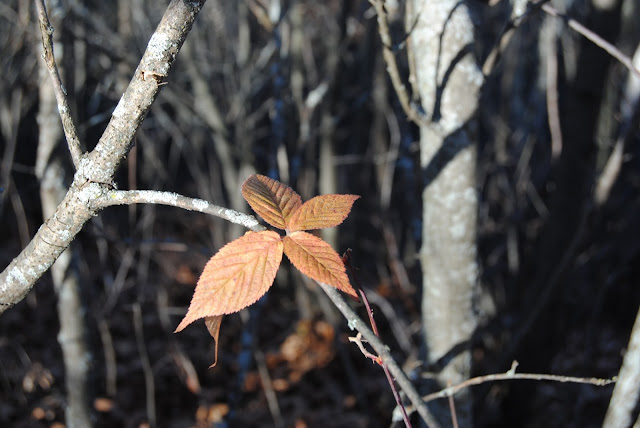 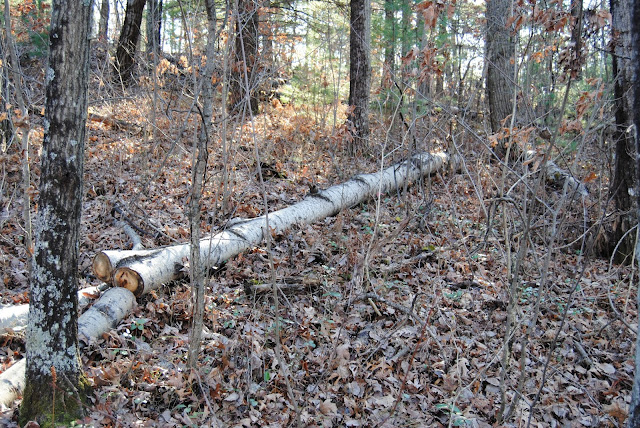 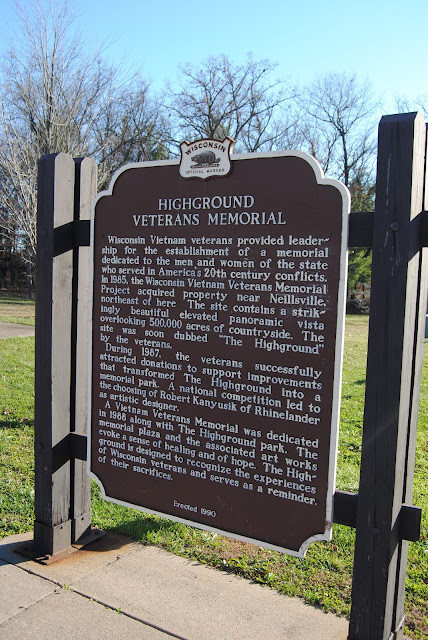 Peace on Earth sayeth the Lord. Christmas 2015. Hosanna in the highest

Therefore the Lord himself shall give you a sign; Behold, a virgin shall conceive, and bear a son, and shall call his name Immanuel.  Isaiah 7:14


It was written by the prophet Isaiah 700 years before the birth of Christ, a prophecy of the Savior. The circumstances of his birth, life, death, and Resurrection.

Matthew 1:23
"The virgin will conceive and give birth to a son, and they will call him Immanuel" (which means "God with us").

How can they say that?  There is never peace everywhere on the planet at any time.  Except peace does not mean no war. Peace means a serenity in the heart. A comforting knowing that no matter how hard life knocks us around, God is in control and when the battle is over he will not only have won, be it will be revealed that the outcome was set long before Lucifer even considered rebellion.

Or, as Jesus put it, "It is finished"

When Jesus had received the sour wine, he said, “It is finished,” and he bowed his head and gave up his spirit. John 19:30

Merry Christmas to all, and to all a good night!

A special shout out to my friend, singer, musician, composer, and anointed follower of God, Steve Bell.
Posted by Patrick! at 12:07 PM No comments:

Packed up and headed out very early amidst darkness, fog, and drizzle. There was really no where to stop all the way through Pennsylvania and Ohio.  Made a couple of quick stops for geocaches so we could say we did in those states.  We took the turnpike through Ohio, so our finds were in the service islands on the way.  That was our first night time find.  On we went until we reached Indiana.  Did you know that more RVs are manufactured in Indiana than anywhere else?  Fun fact.

Faced with decent weather, we started to enjoy the drive.  The fun thing about the geocaching, is that it breaks up the monotony of the trip.  Sure, there is a lot of great scenery, and the occasional special stop of some location you didn't know you were going to pass, But even stopping for gas, you can get in a quick find and just have a little extra fun.

It wasn't a big deal doing the turnpike through Ohio, because we spent a lot of time there on the way out with our Sandusky adventure. also it was night for a lot of it.  Into Indiana, we were cruising down a highway and saw a sign for a place called Amish Acres.  So, we took a detour that because of how the roads run, wasn't that far out of the way.

We found the place, and saw there were a couple of caches not actually on the property, but right there. We searched around and found one.  Then we proceeded to the welcome center for information and tickets to the various tours and such.  We purchased a package that included a guided wagon ride tour, dinner, and a couple of other tours.  The Amish lifestyle is fascinating both in it's embrace of history and it's devotion to strict practices despite modern life.  Overall, it was a lot of antique equipment and such, but we had a great time.

At the end of the day, we were driving on.  Our route from a smaller state highway towards an Interstate, caused us to go through a small town to change highways.  We passed a small park abut the size of a 7-11 parking lot.  A town clock which I always try to capture and a couple of memorials.  While I was taking pictures, Laurie got curious and checked the area for geocaches.  There was one right there in that tiny park. On the back of a plaque I had just photographed.  funny. 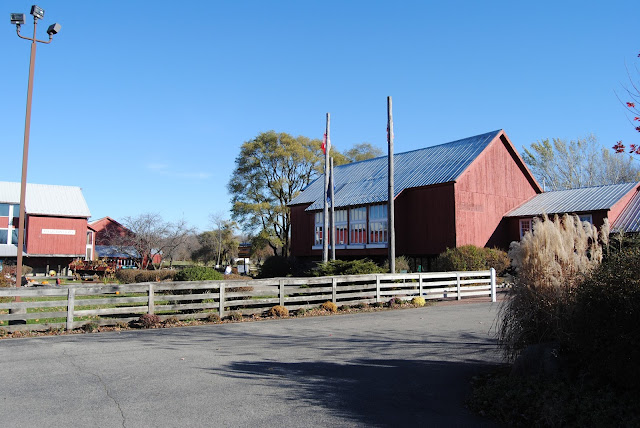 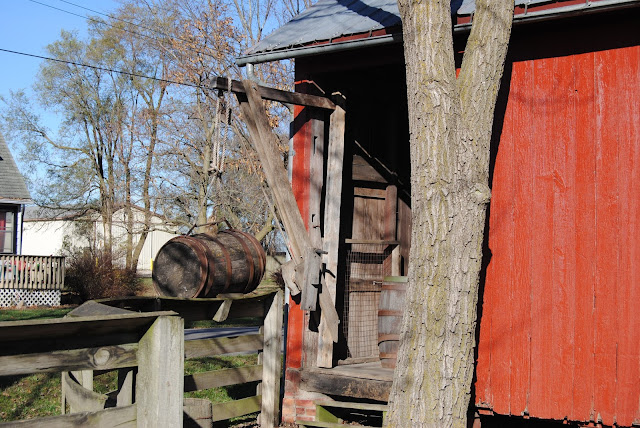 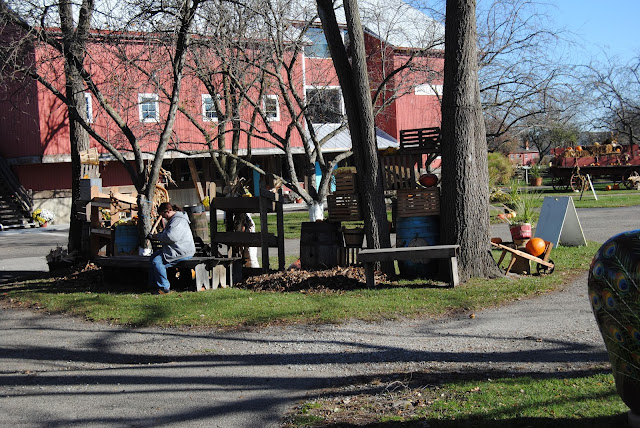 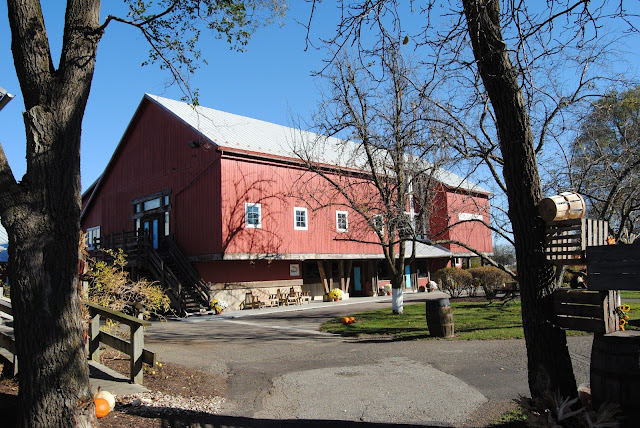 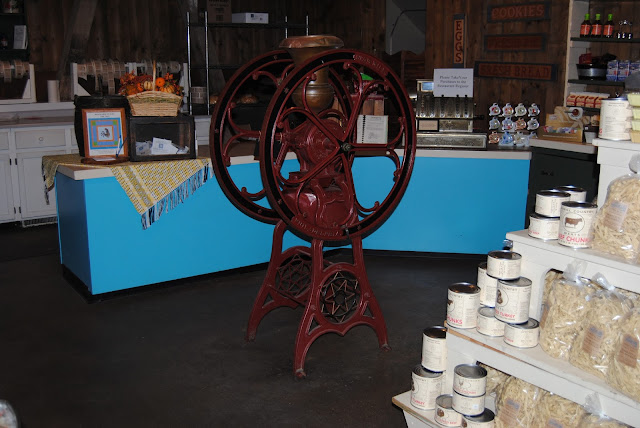 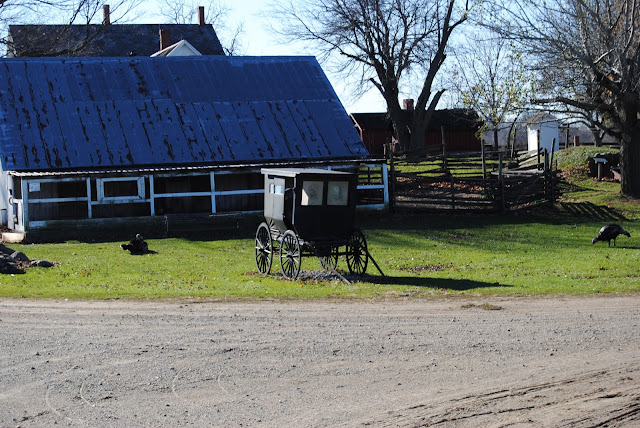 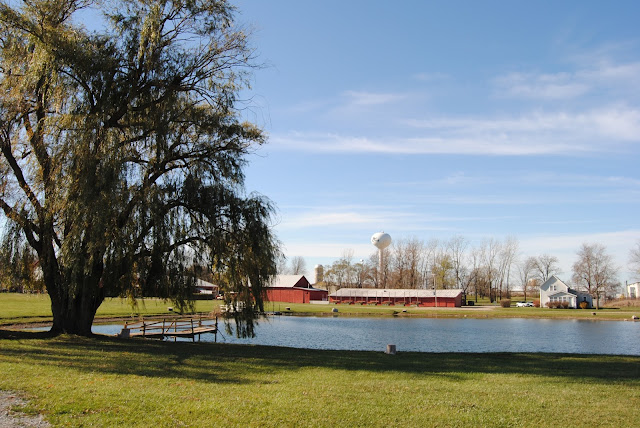 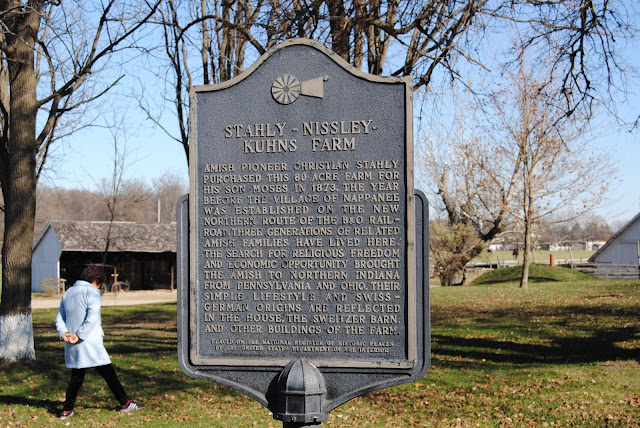 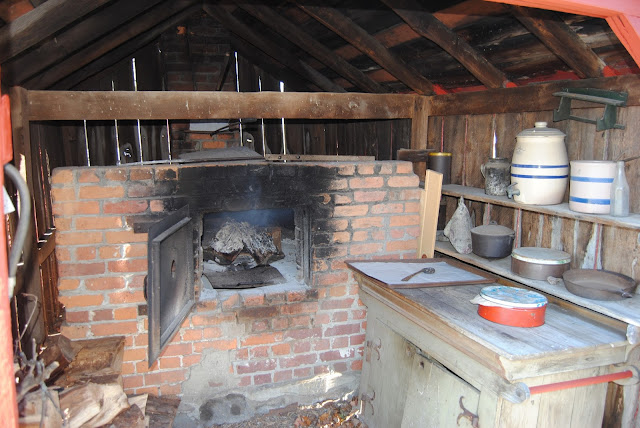 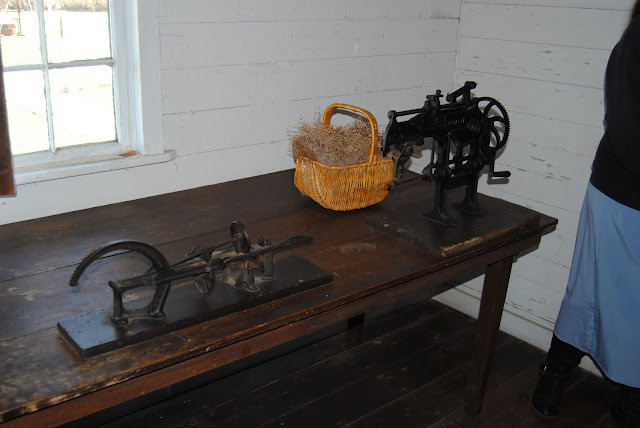 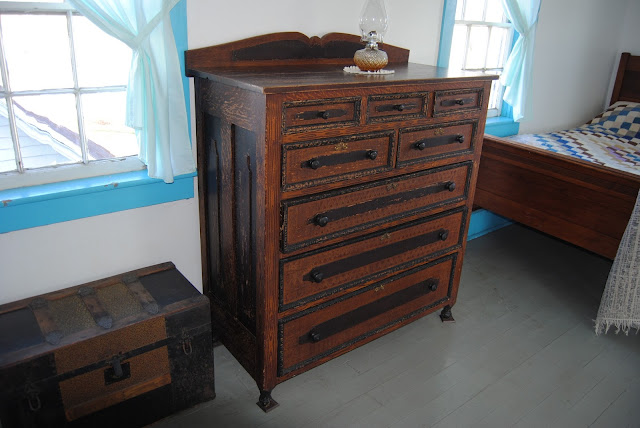 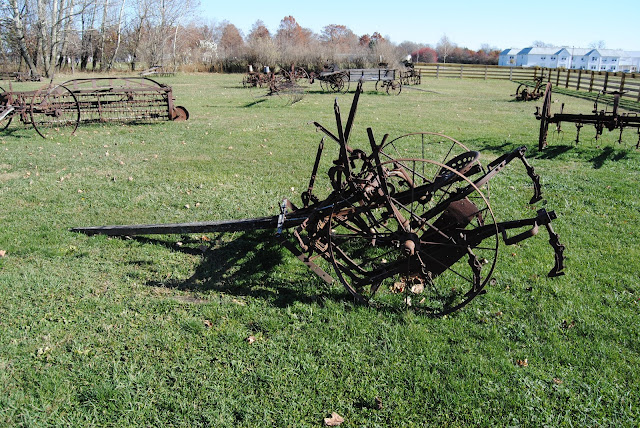 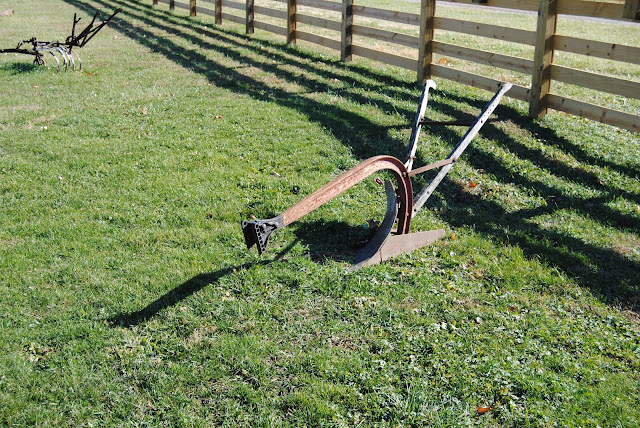 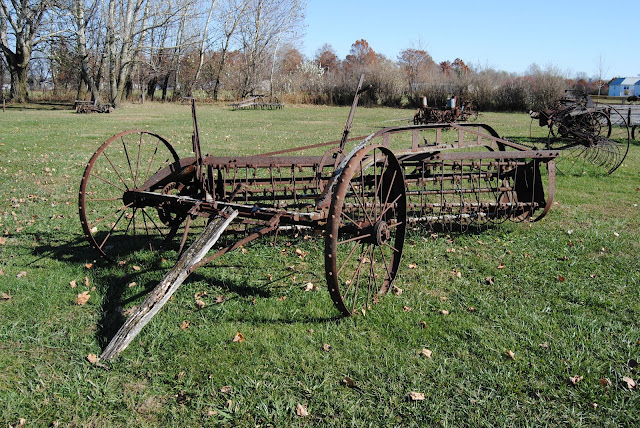 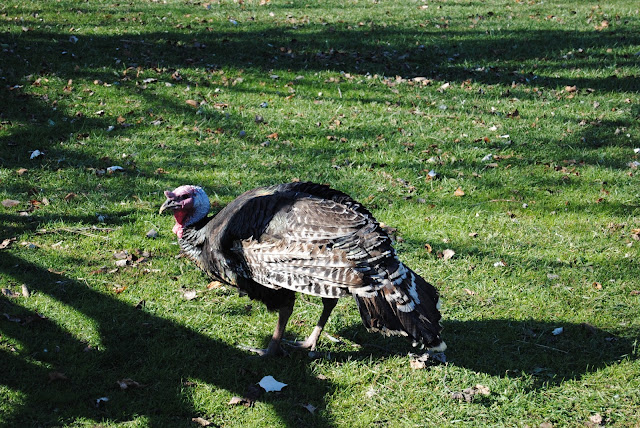 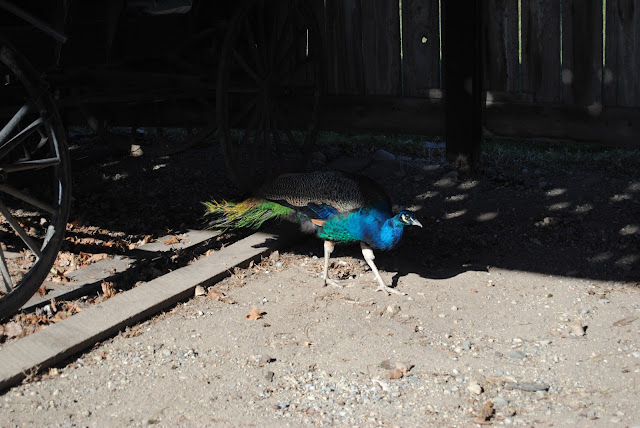 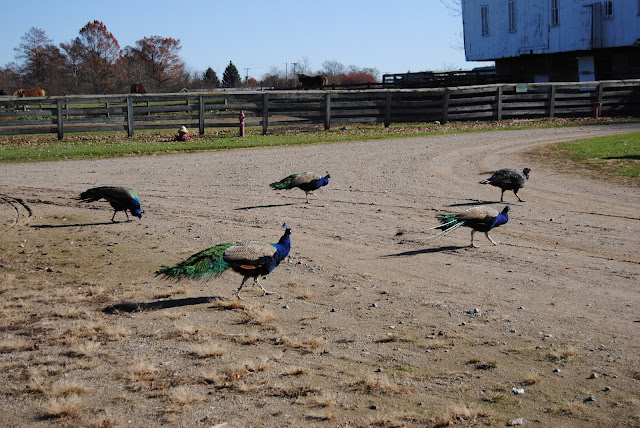 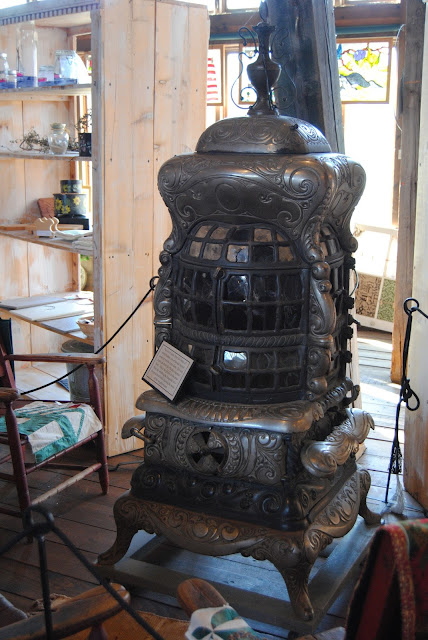 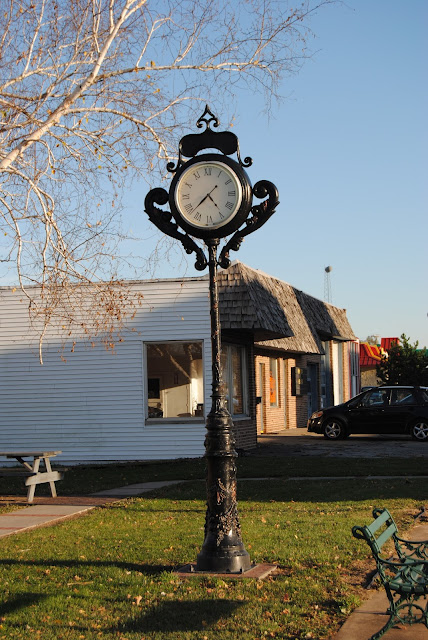