Laurie and I took her bike to the ride this year. We've never done that before, but I get tired of doing these things where I can't share it with her until it's after.  It was great.  We drove down to Jamestown to meet up at the event.

Every year, The NDPG does this memorial and ride dedicated to our local fallen soldiers.  We attended the ride in 2012 that was dedicated to Cpl. Nathan Goodiron, Sgt, Jason Schumann, Cpl. Christopher Klienwachter, and our son, Cpl. Jeremiah Santos.

The event began right after our arrival and check-in.  There was a presentation of the Fallen Heroes statue.  The statue was presented by Duane Sand, USN who is a local politician, businessman, and fund raiser.  He has presented a previous statue in Carrington.  The statues carry plaques of fallen soldiers from the town of presentation. 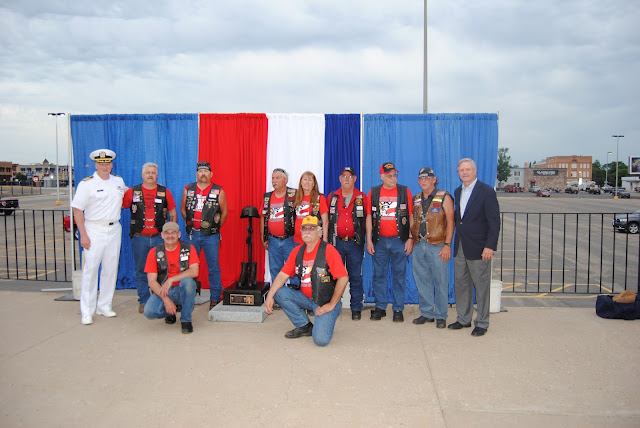 This one is dedicated to
Army Spc. Paul Beyer, North Dakota Army National Guard Spc. Phillip Brown , and Army Reserve Maj. Alan Johnson. Their families were present for the dedication. Capt. Sand spoke about his work and the sacrifice of our soldiers and families.  Jamestown Mayor Katie Andersen, NDPG State ride captain Jim Avard, and Senator John Hoeven also spoke.  It was especially fun listening to the quips and barbs that Sand (Navy) and Avard (Army) tossed at each other.  During Jim's talk, the clouds above formed into a giant eagle that seemed to soar above us.

It was nice to reconnect with Patriot Guard members that we haven't seen for a while as well as some Gold Star parents we've come to know.

After the presentation, we walked across the street to the historic Gladstone hotel.

The next day the ride was scheduled for noon.  There was a presentation with lunch where a talk was given about the work being done on suicide awareness, ending sexual violence. and PTSD. Then the keynote speaker, D.C. Faber, CEO of Faber Group Synergy LLC, spoke about his work and experience with PTSD.  After the talks, Ride Captain, George Quigley gave us directions for the ride an we went outside.

There was a balloon release in honor of all the ND fallen.  Then we mounted our bikes and began the ride
We cruised by Jamestown dam where they had placed tribute signs with the names of our fallen.  We cruised up to the town of Kensal for a brief stop.  Then up and past Glenfield and around to Courtenay.  Heading south, we barely missed a passing hailstorm and visited the resort at Spiritwood Lake.  We then finished our ride returning to Jamestown.  I was told the ride was 106 miles.


It was a great ride and the weather cooperated nicely.  We had a thunder storm on Friday but Saturday was great. 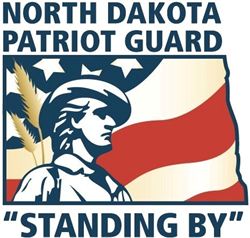 On our way home in March 2015, we headed north to the bay area.  Laurie has an old school friend, Linda, who lives across the bay in Alameda. ("Where they keep the nuclear wessels" as Chekhov would say in Star Trek IV).  It was a short stop-over on our way home.  We spent the evening at Linda's with her, her husband, and her son.  The next day we went into San Francisco, and early the next morning we left for home.  The day was overcast and hazy.  This is typical for the bay area.  It was a great day to get an overview of both Alameda and San Francisco.  We walked along a few of the streets, spent some time in Chinatown, Little Italy, Coit Tower, Washington Square, and Lombard Street.

The architecture in the town is incredible and beautiful from older buildings including the Saint Peter and Paul Cathedral to the modern Transamerica building. We plan on returning to this city and getting a closer and more detailed look next year. 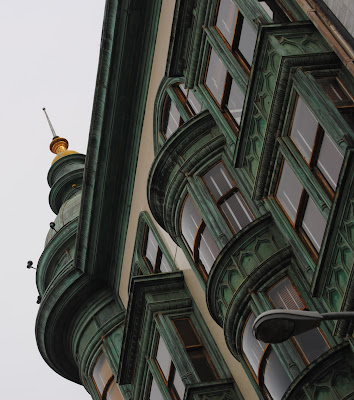 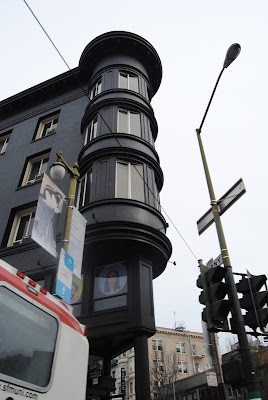 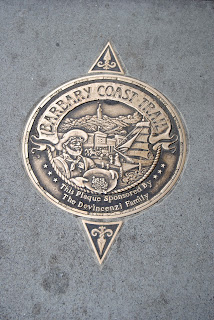 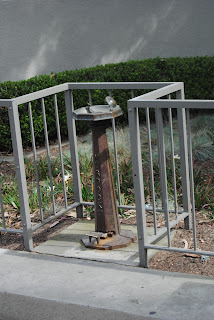 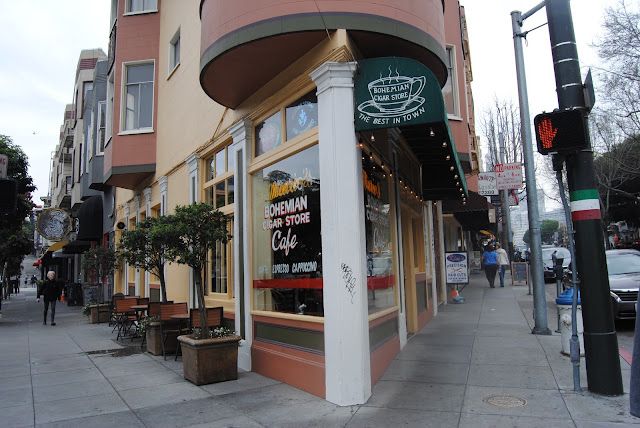 A Sample of Places We've Been.

I gathered together some pictures from as many of the states we've passed through as I could find.

I could do another page of the same states with pics from completely different areas.  I hope you enjoyed this.
Posted by Patrick! at 12:52 PM No comments: