For those who don't know.  TAPS, Tragedy Assistance Program for Survivors, if a program for families who have lost a loved one in the Military whether by combat, suicide, accident, or illness.

We had been all ready to go to TAPS this year.  She had purchased plane tickets and everything.  There was no way I wanted to go alone, so we arraigned for Eliza to go instead. She wasn't able to use Laurie's ticket, so she found a cheap flight out of Minneapolis and I flew out of Grand Forks.

This year was a bit different, Eliza and I thought we needed to spend time together especially without the kids.  We attended some seminars, but did a lot of sightseeing just to be with each other.  I was able to get closer to our ND TAPS family and Eliza got closer to her siblings group.

We attended the music  show at Marine Barraks, Rolling Thunder, and Vice President Pence's speech at Arlington on Memorial day.

Eliza and I visited about 5 of the Smithsonian Museums as well as the Holocaust Museum and the National Archives.

Our friend Brenda sent me a copy of her with Laurie and Chris the biker who gave them rides in Rolling Thunder on different years. 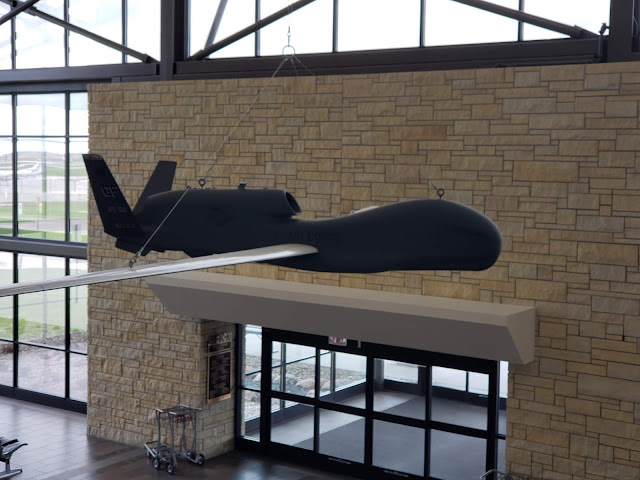 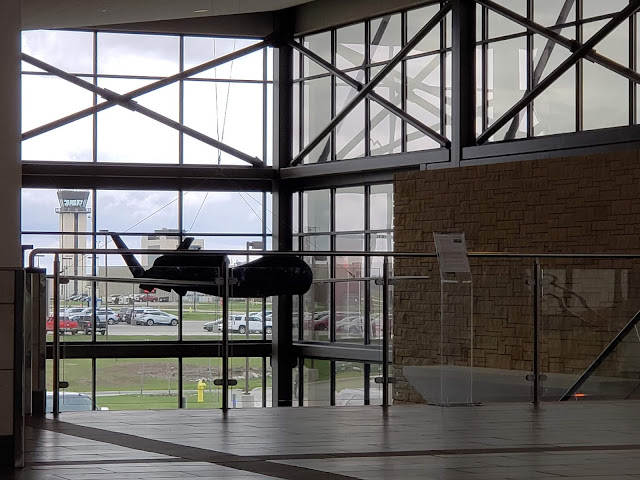 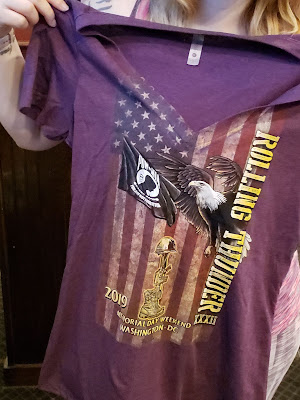 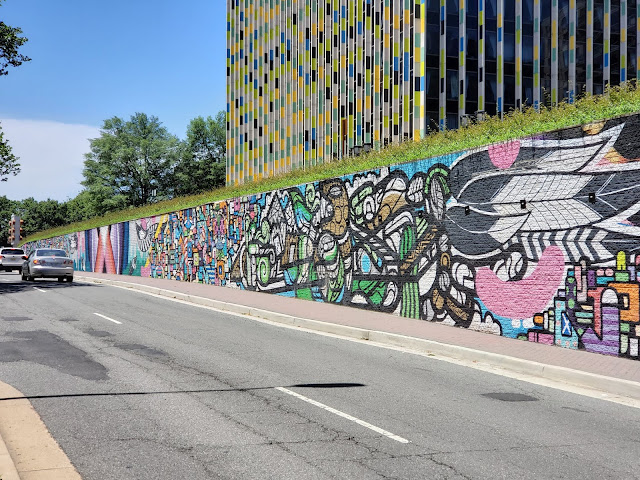 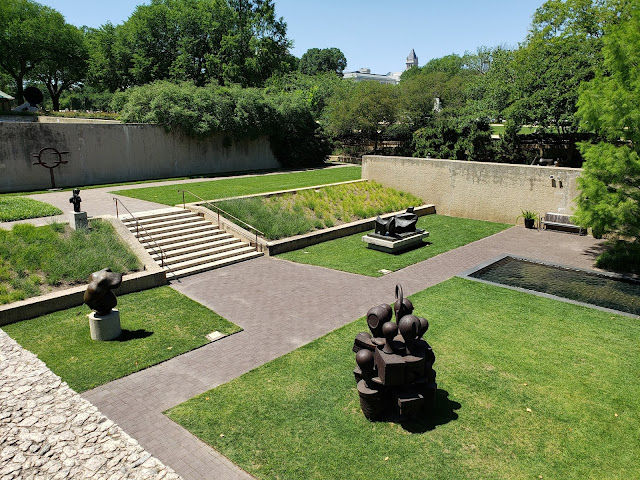 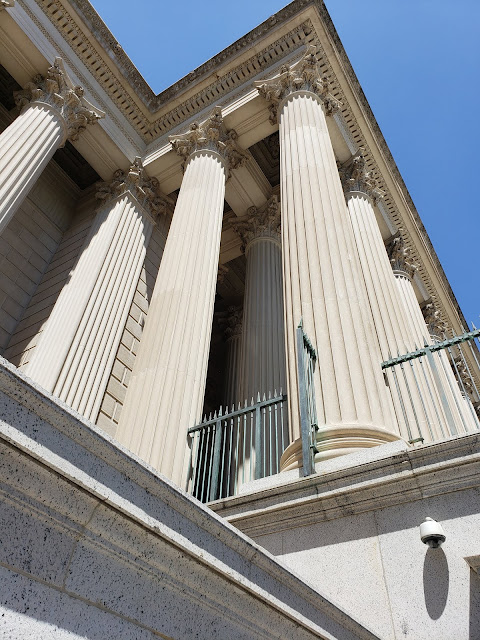 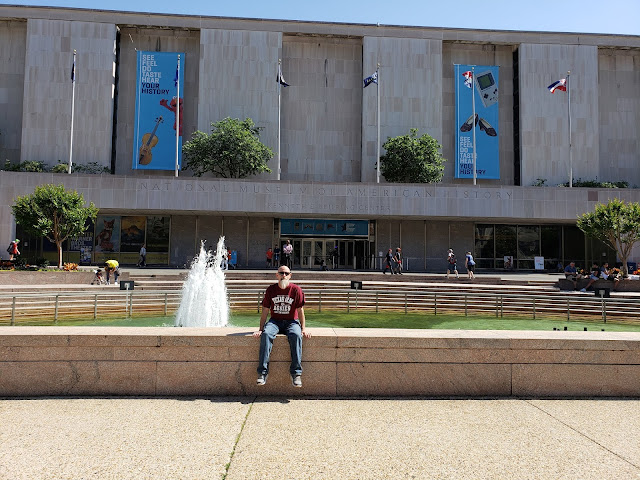 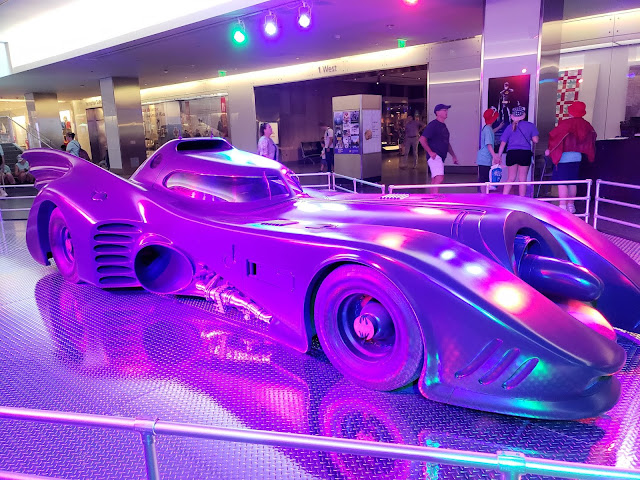 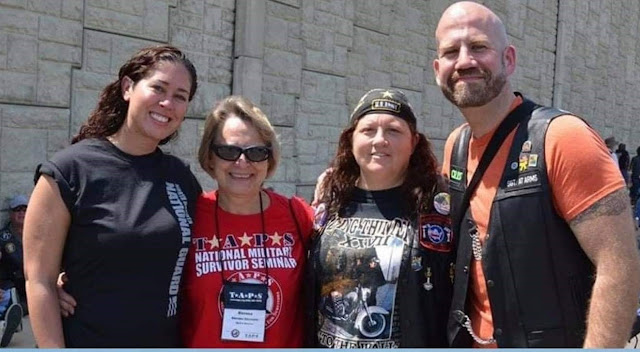 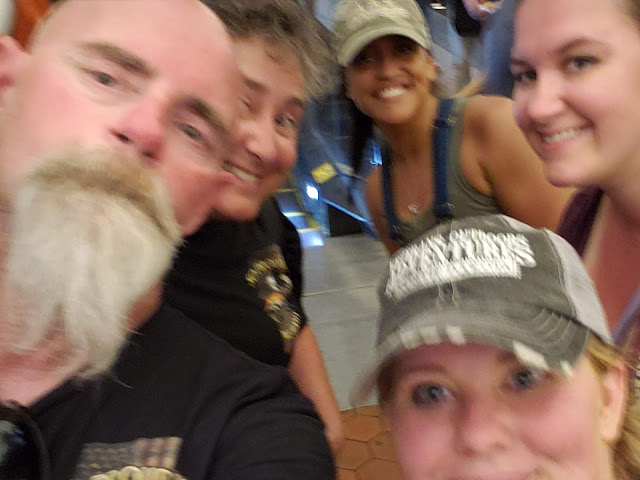 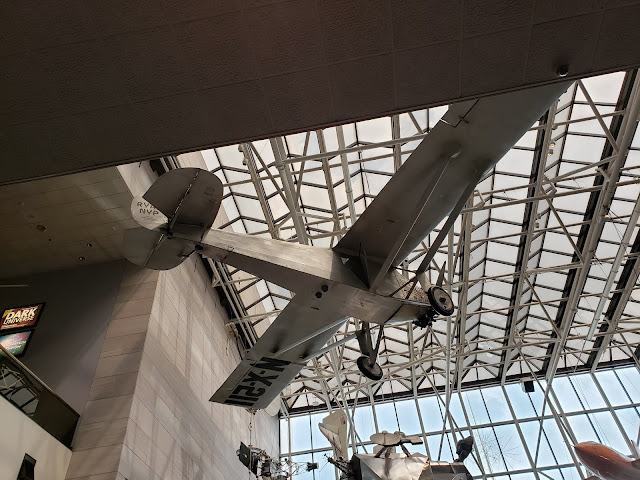 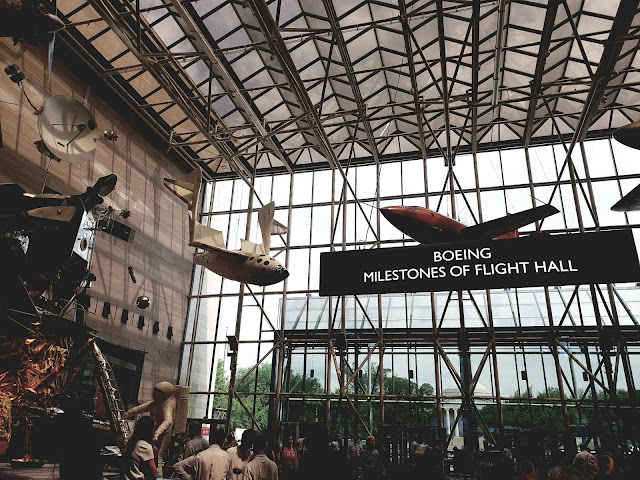 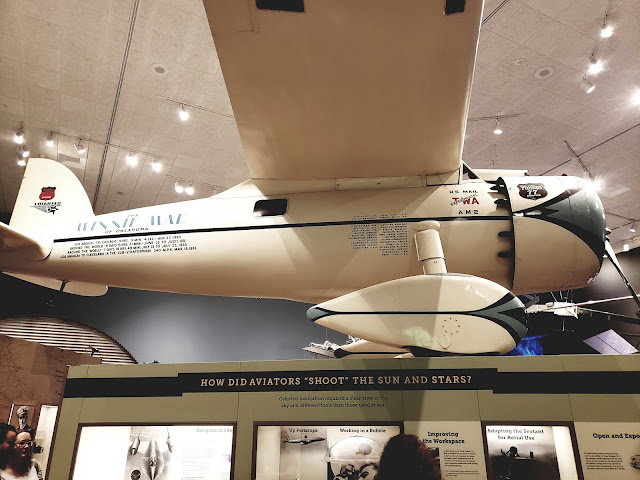 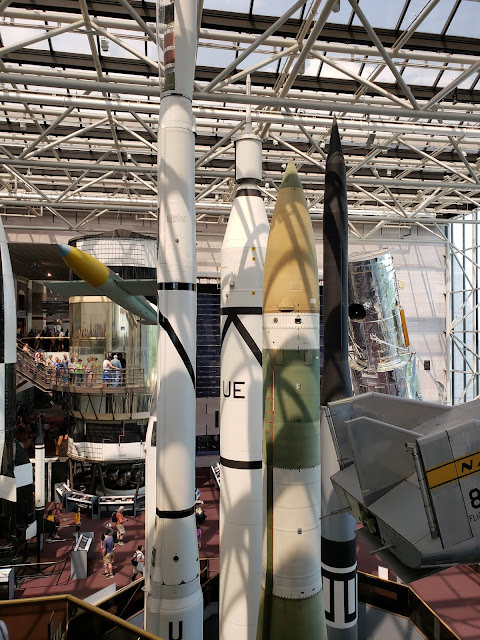 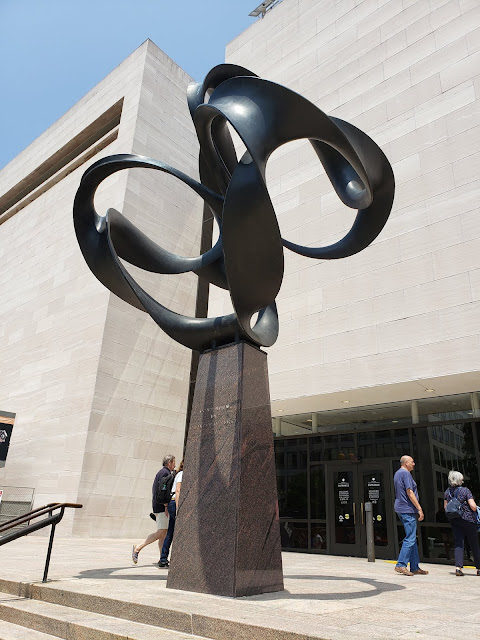 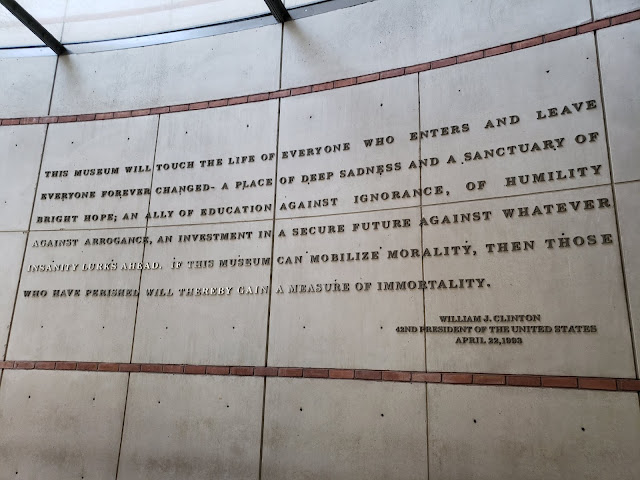 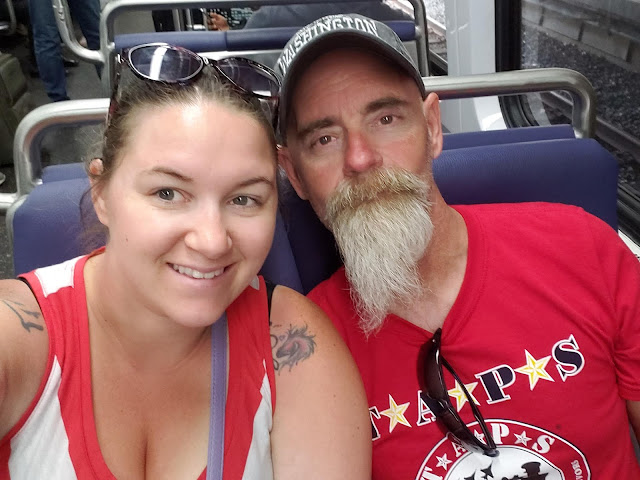 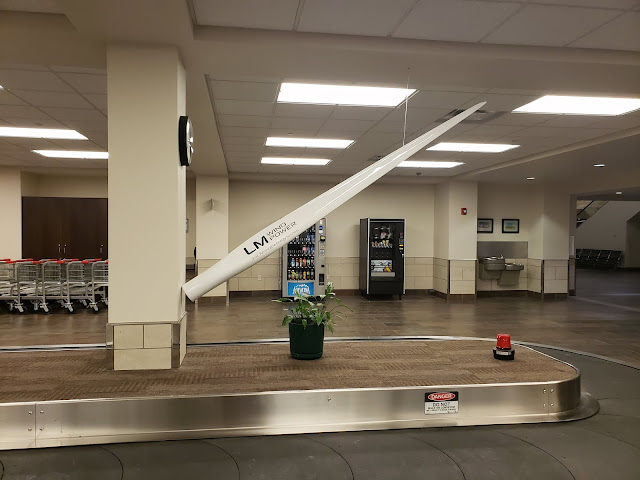 Once May came the snow finally melted and things started to grow.  I spent some time looking at thrift stores and trying to figure out what all I had to do. Opening the house,  going through mail piled in bunches not only in the house, but the camper and both cars.  Once I had it organized and sorted, I developed a plan to get things in her name off or transferred.  That was going to take time.

Took time to watch sunrises and sunsets, Scouted some areas nearby where I might install geocaches.

On the 9th, we (Gypsy and I) drove to Eliza's.  On the 10th was the VFW's state conference.  The Auxiliary had their own meeting that I sat in on.  They did a presentation for Laurie and gave me a Star Blanket made by a local Native tribe, and a blanket for Eliza, also.  It was a nice event.

The next day was Dash's birthday and Eliza baked him a cake.

We still get a lot of deer in the yard. 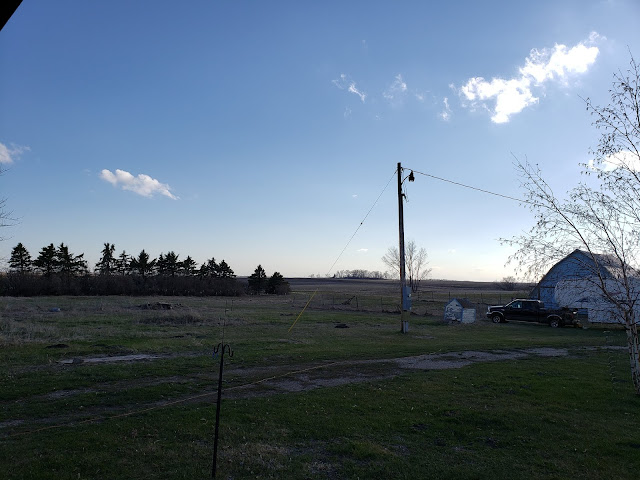 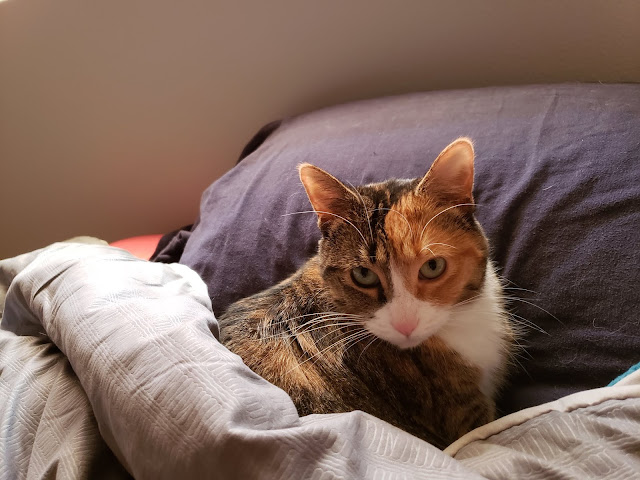 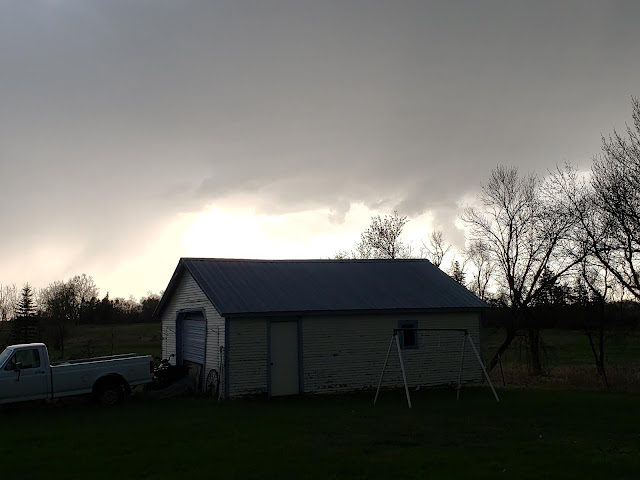 April - End of the trip and the month 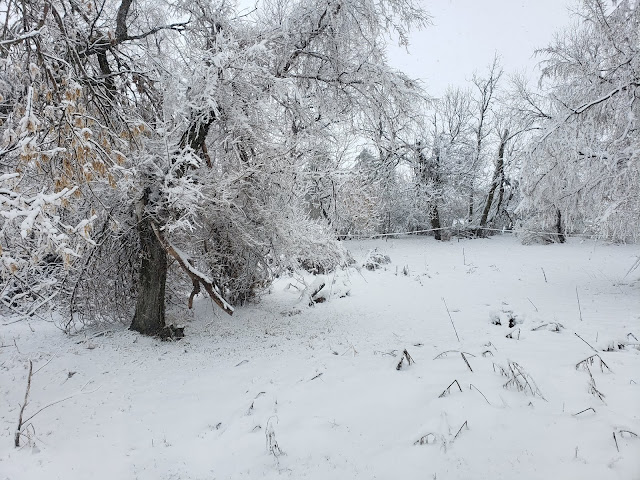 It was the 22nd and Alex, Eliza, and Dash had gone home.  Brett and I drove to El Centro to hook up the fifth wheel and get it home.  Rather than drag the beast over Mt. Laguna and suffer the California traffic, we headed east to Yuma and turned north up past Quartzite to Las Vegas where we caught I-15 and continued that way.  The back hwys of Arizona were their own challenges.

We drove, slept, drove and made it home quickly.  I grabbed a geocache on the way.

When we got to the farm late at night, we just parked the whole rig in front of the barn.  I freed the Jeep from the garage and drove Brett home to Moorhead.

It would be a couple of weeks before I felt like parking the camper where I wanted it and unhooked the truck.

Weather was typically gloomy but little snow left.  It snowed in the next couple of days but that didn't last.  Now comes the adjustment of being on this big property by myself. 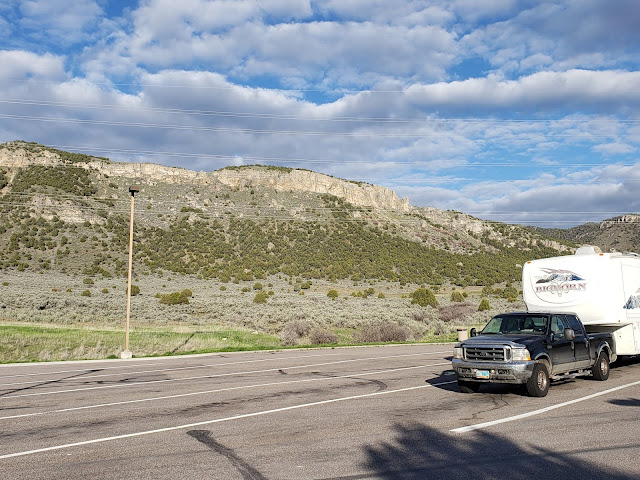 Alex and I met Eliza and Brett downtown for breakfast at the famous Richard Walker's Pancake House. There was a long wait outside.  Inside it was very cramped and really busy.  The food was just amazing.  WE hung out, ate, and talked.  Then we went on with our days.  Later Alex and I went to the beach where, amid all the clouds the sunset ruled. 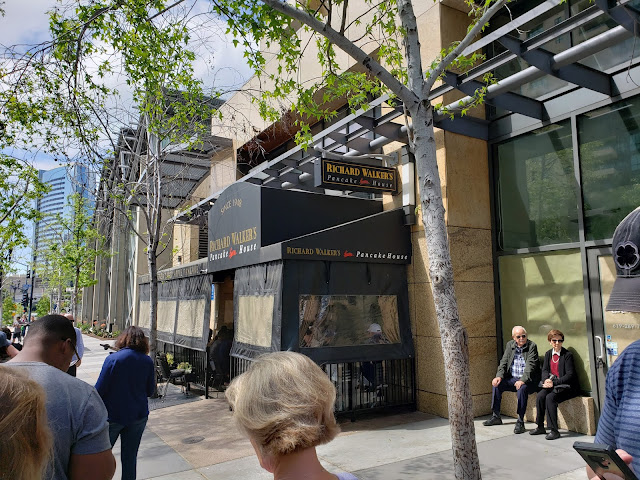 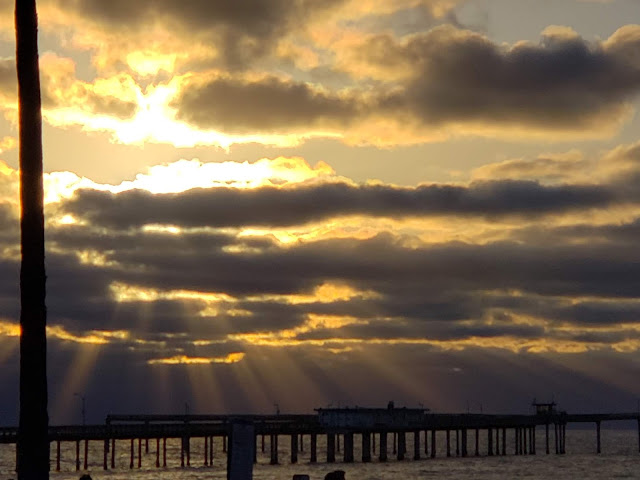 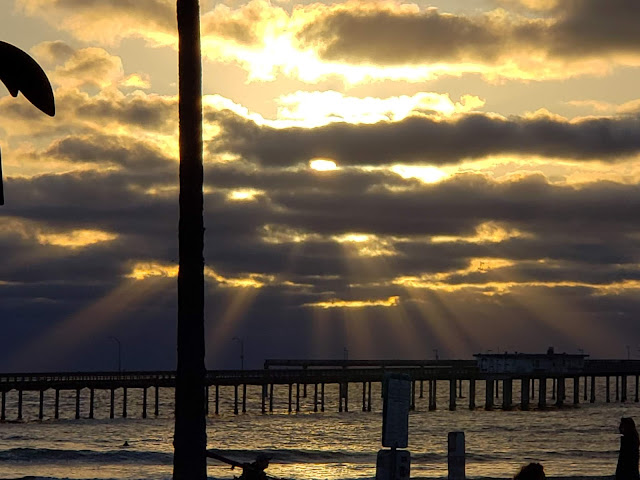 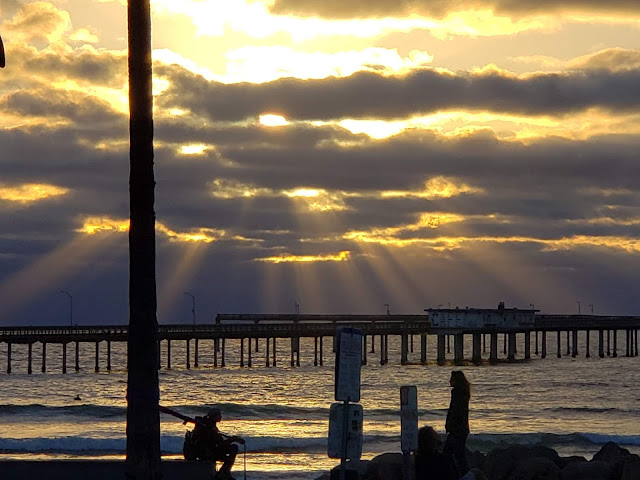