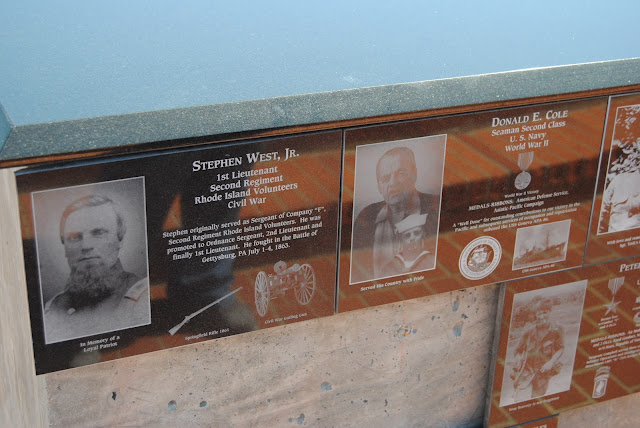 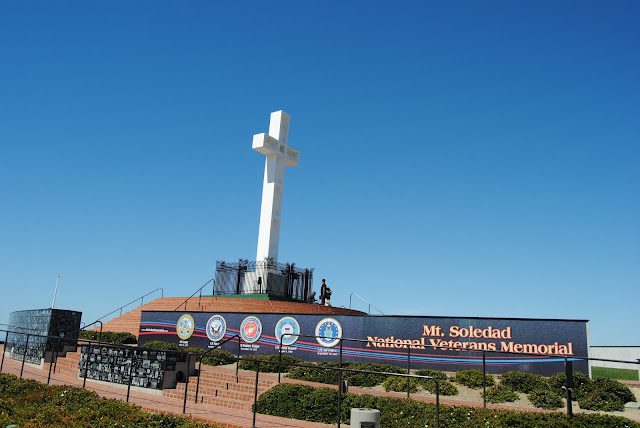 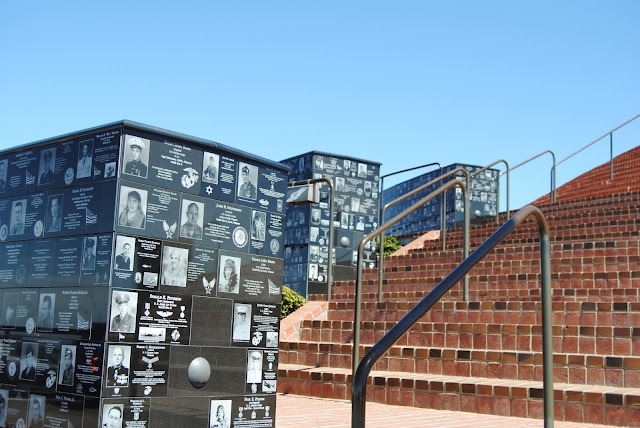 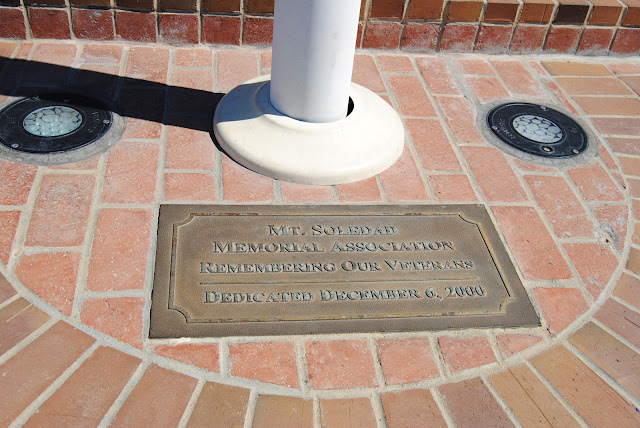 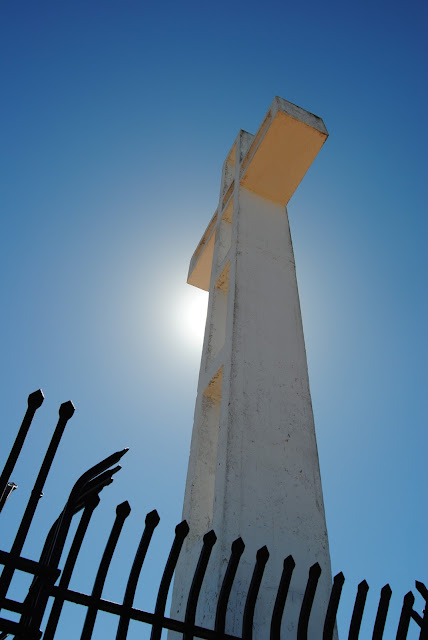 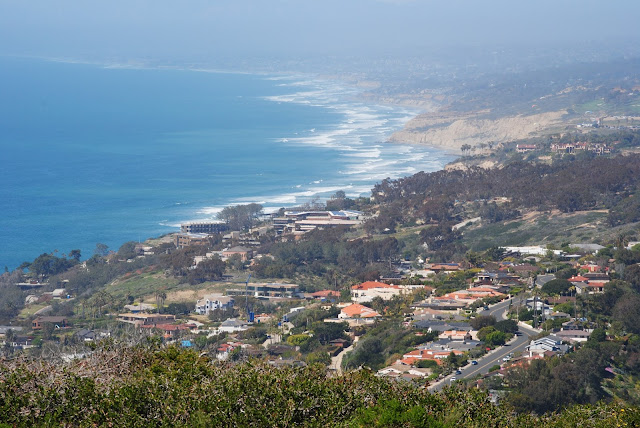 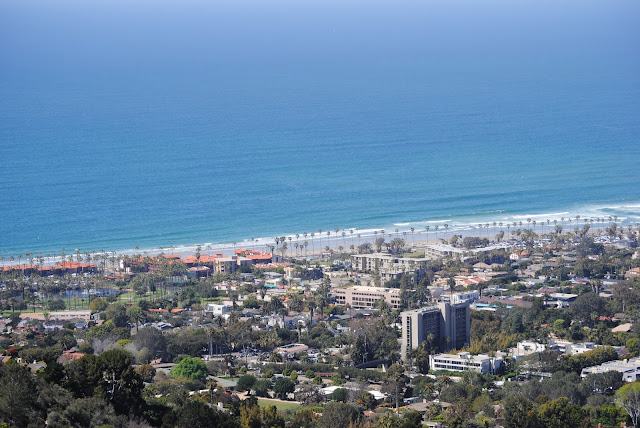 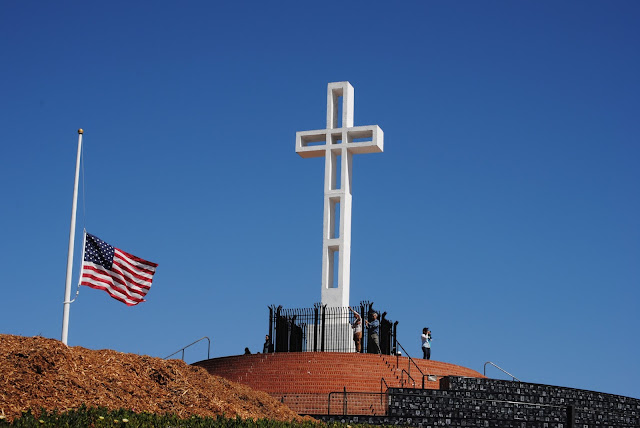 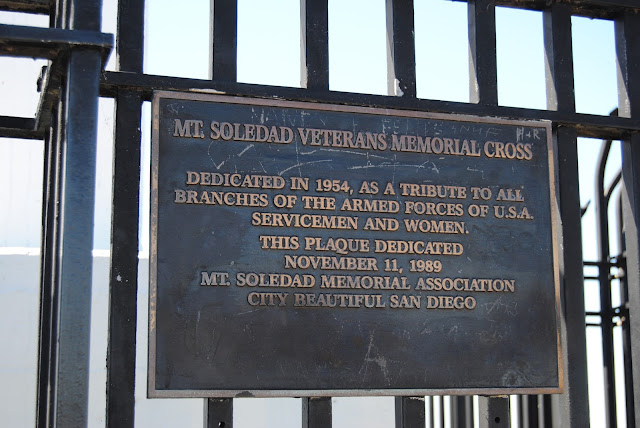 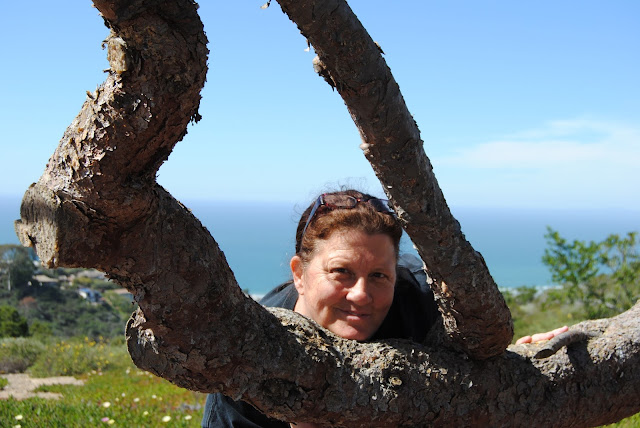 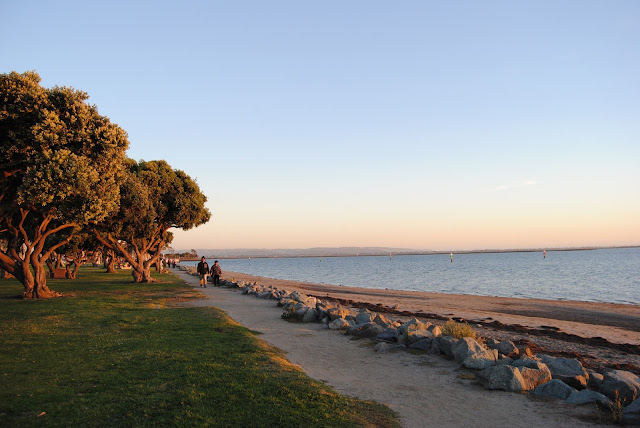 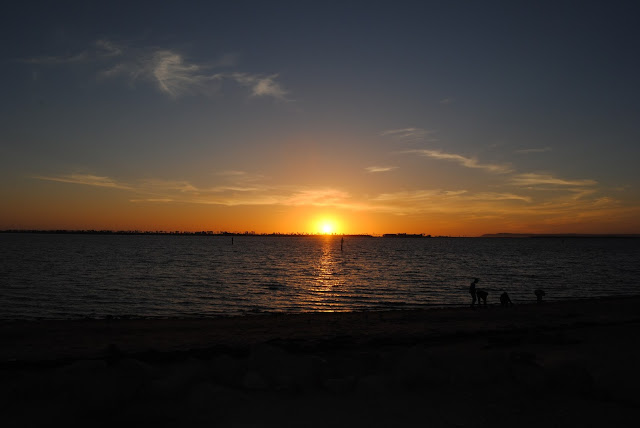 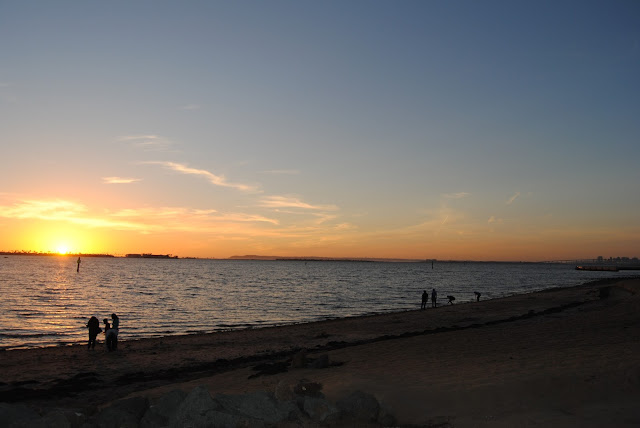 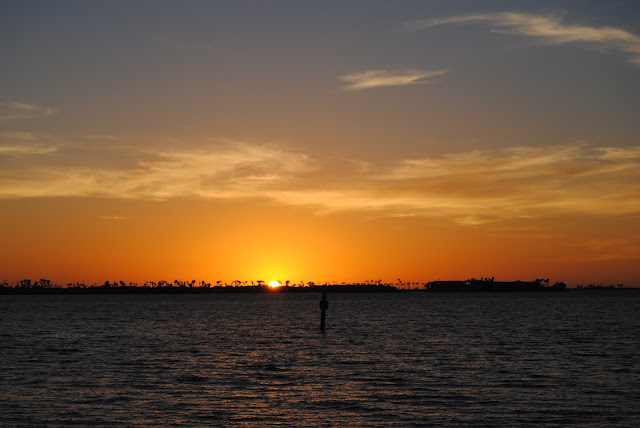 It was a date!  It was a gathering!  It was an excuse to eat Corned Beef and drink Irish car bombs.

Our son, Alexander was in town, and we arranged to go sightseeing with Francine and France and included some time with Alex.

There had been an Irish festival in Balboa Park, but it was the previous weekend.  Still, the couple from Colorado hadn't been there, so we met them there outside the famous Air & Space museum. We took a tram to the plaza and walked around a little.  From there, we called a Uber for a ride downtown. Our driver, Michelle, was stunning.  Tall, in a great dress, and very polite as well as having a french accent and quite obviously a male.

GEOCACHING ; While waiting for the UBER, we picked up a quick find right there in the parking lot. "Balboa Park and Cache", GCQJMH

Once downtown, we walked down the street to The Field.  A local Irish Pub.  One of he oldest in San Diego with furnishings and such brought over from Ireland itself.


There was a 40 minute wait, so we walked a couple of doors down to The Blarney Stone Pub for a quick pint of Guinness.  By then the table was ready and we were seated.  Yes, the place was very crowded as you can imagine any place connected with Ireland on St. Patrick's Day would be.  We immediately ordered Irish Car Bombs from our nice Dubliner, Garrett.  For a meal, Laurie and I decided to split the mixed plate.  It was plenty of food for two.  It featured Shepard's pie, Guinness beef stew, corned beef and cabbage, and rasher and cheese.  For appetizers we had sausage rolls and Irish potato skins.

When we were done, we walked down the street to a place called The Neighborhood.  There, we had great service from Jealous who had more tattoos than I did. We sampled some craft beers as our awesome dinner settled.  Then we caught another Uber back to our cars.

We drove up to Mira Mesa and visited the Green Flash brewery for a very informative tour.  We had samples and enjoyed the company of friends and family.

Finally, we said goodbye and left for home.  Just about the best St. Patrick's Day ever. 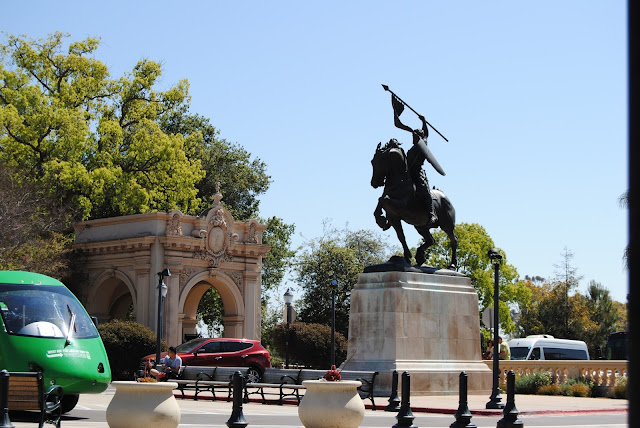 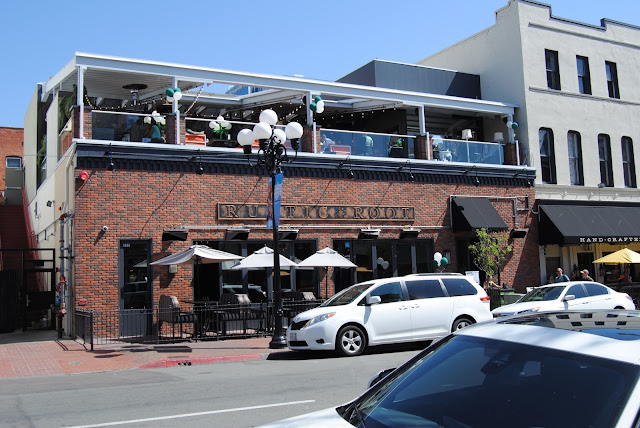 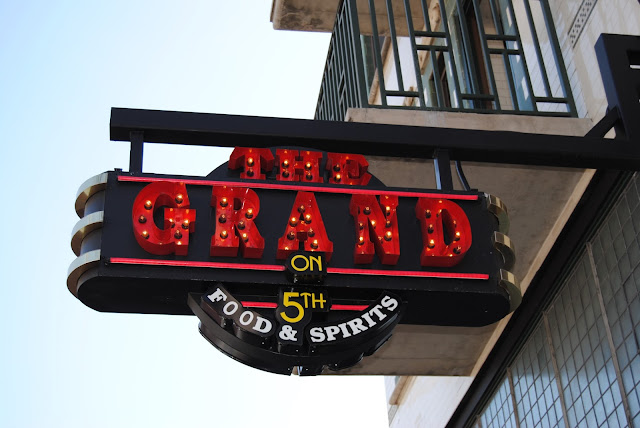 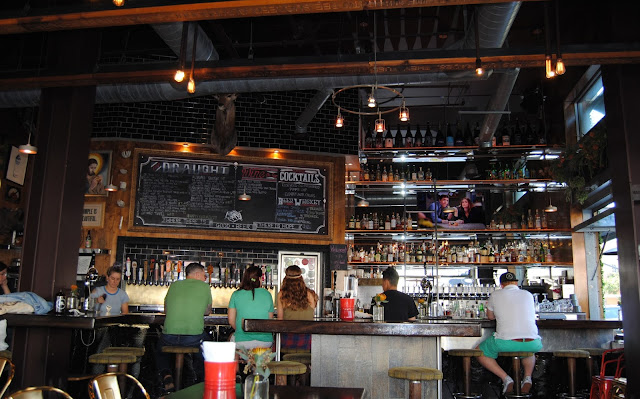 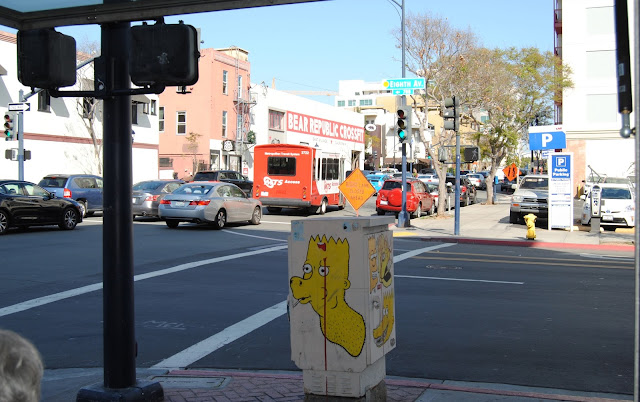 You come to San Diego and you are doing the whole sightseeing thing.  Of course, you want to experience the SoCal beaches.  I've done little of north county beaches, because I usually don't live up there.  However, the coastline from La Jolla down to the end of Point Loma has some of the greatest beaches in the world.  Every beach has it's own look and personality.  Our favorite beach is Ocean Beach.   Not only for the wide beautiful sand and sun, but the the pier offers fishing, a great view of both sea and land, and a beautiful backdrop for the sunsets.  On the south end, there are tide pools during low tide.  On top of that is a community which combines a 50s and 60s style living with today's culture.

The day before St. Patrick's Day, we were out traveling, and decided to catch the sunset a bit further south where Ocean Beach becomes Point Loma at Sunset Cliffs.  A natural cliff created by wave erosion and a stone foundation, there are a few parking areas, and on any nice evening, the cliff fills with people and photographers catching the sun sinking past the horizon.

It was beautiful and amazing.  I confess, I have only ever been here a couple of times.  A flock of pigeons nest on the actual side of the cliff away from anyone's ability to bother them.

We had a great sunset and experience. 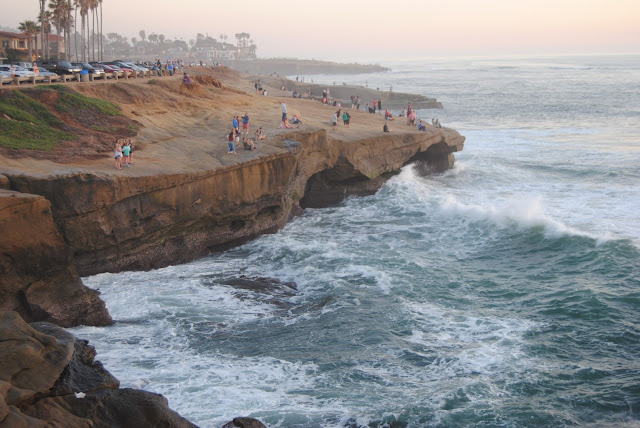 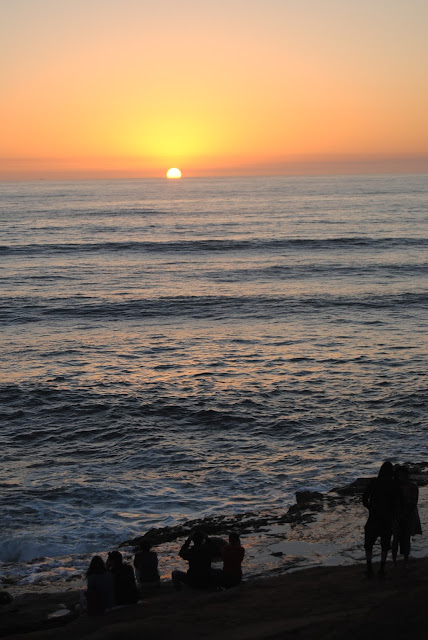 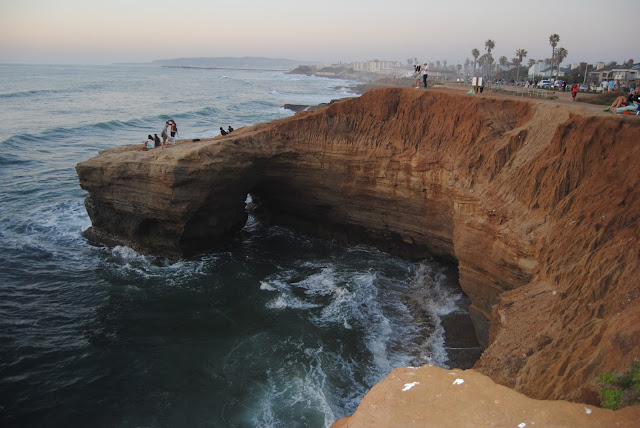 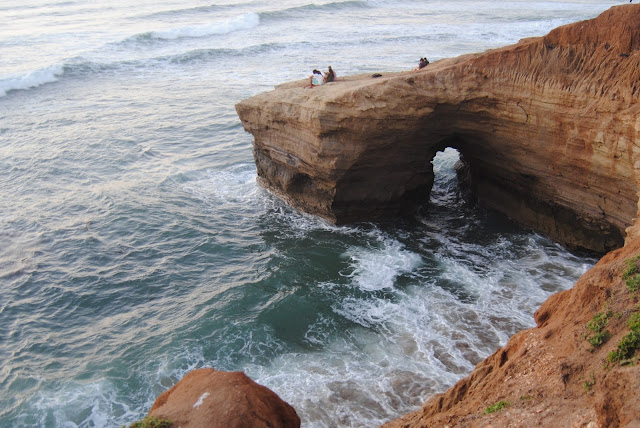 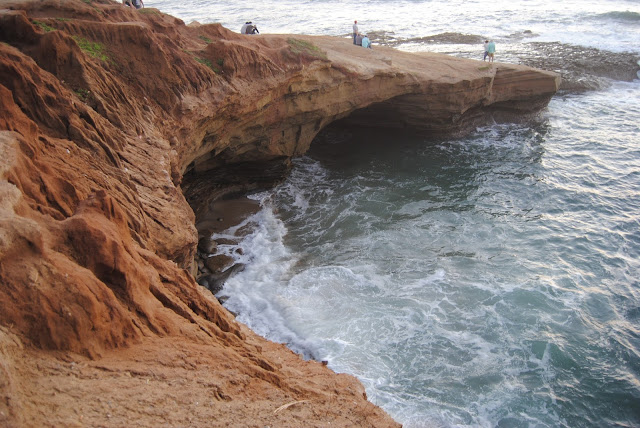 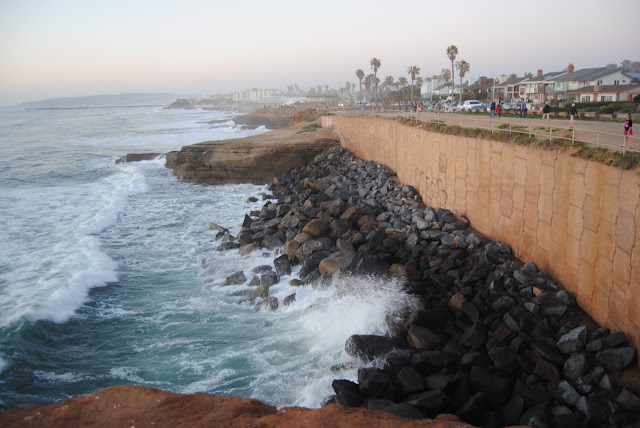 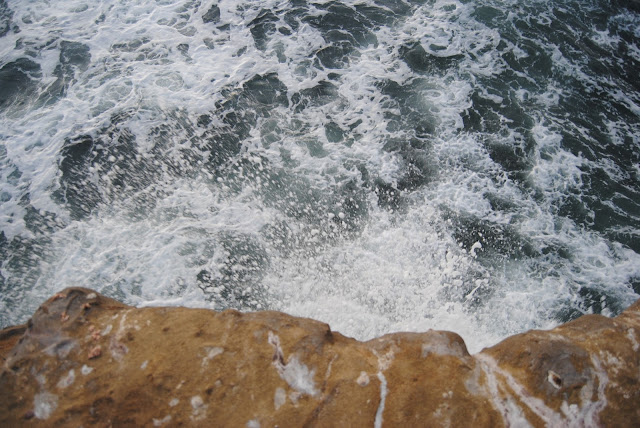