They have a lights and decorations contest here at the RV Park every year.  An entire row of sites was occupied by an RV group in participation.  Don't ask me how it came out.  The decorations were very nice and imaginative.  We walked through one night to enjoy it.  A couple of days later, we caught a great sunset just before the clouds moved in.  A guy was on the bay parasailing. he cruised across the bay barely touching the water at times.  It sure looked like fun.  A couple of days later, a group of people dressed as Santa, a Bear, and the Grinch among others were out walking around.  I'm guessing they were the judges.

It's just about time to move to our next location.  She's taking an assignment out in Imperial County in the desert.  The town is called El Centro.  It's close to Calexico and the Salton Sea in the Anza Borrego Desert.  It's winter, so it won't be too hot. 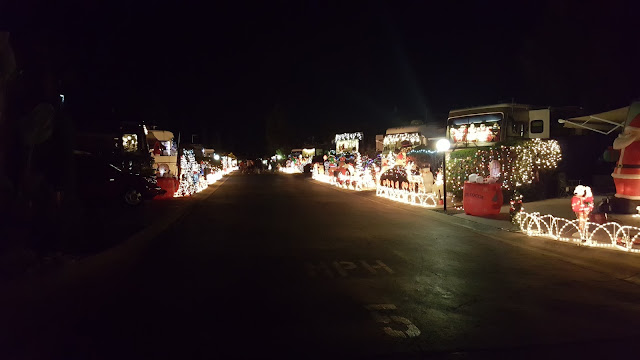 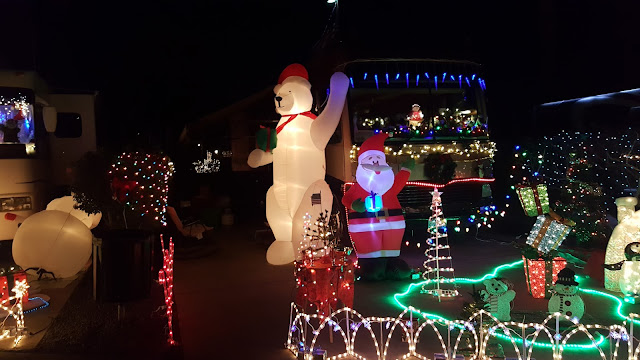 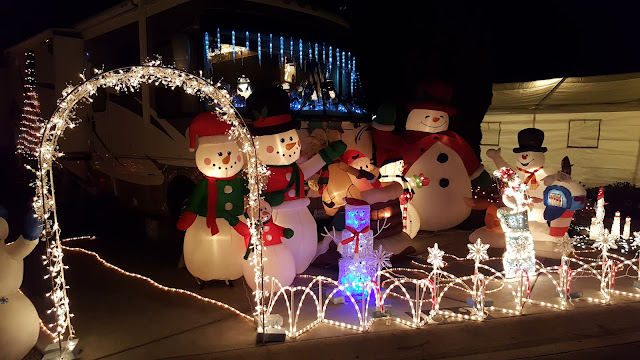 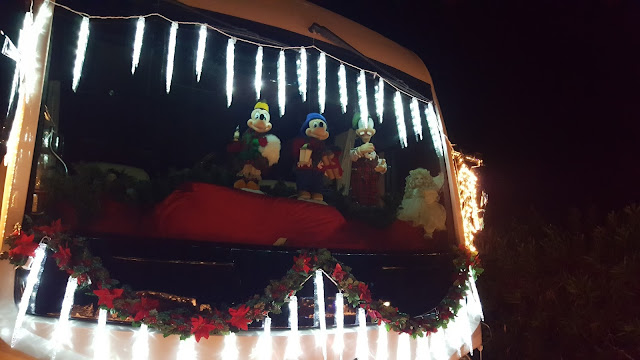 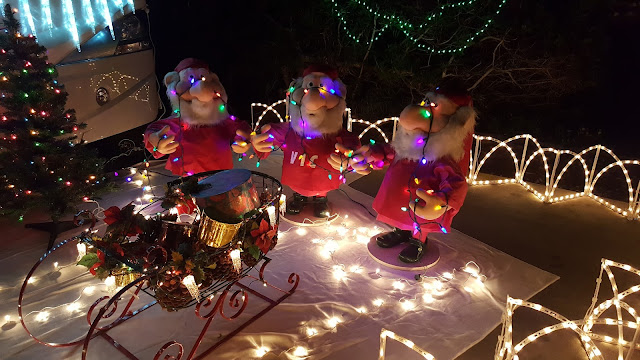 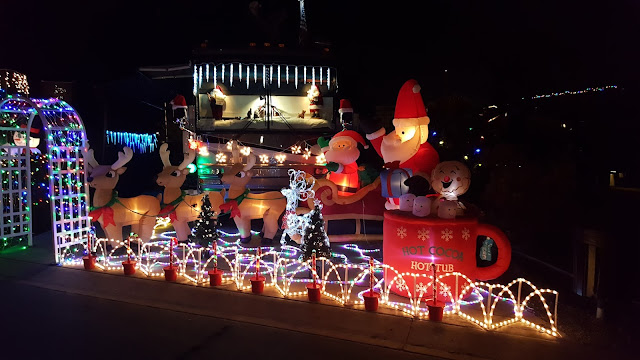 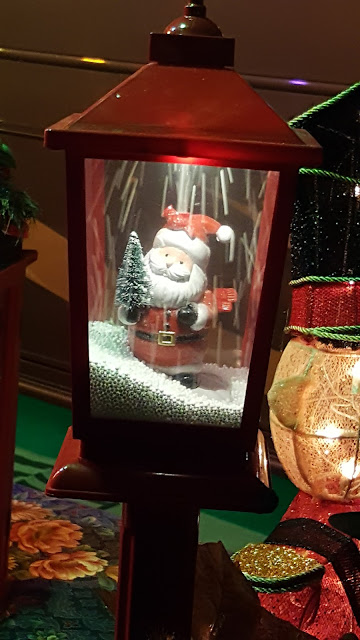 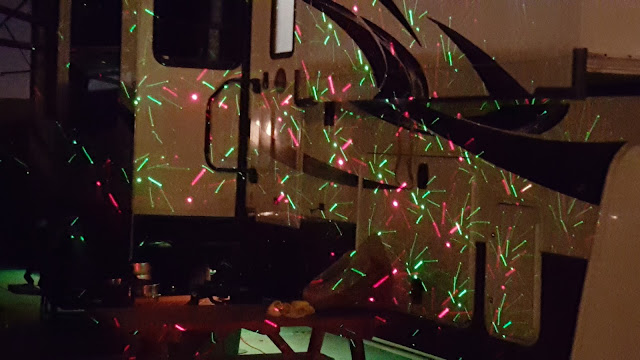 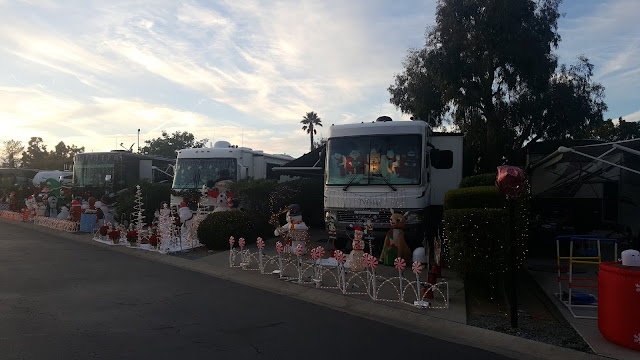 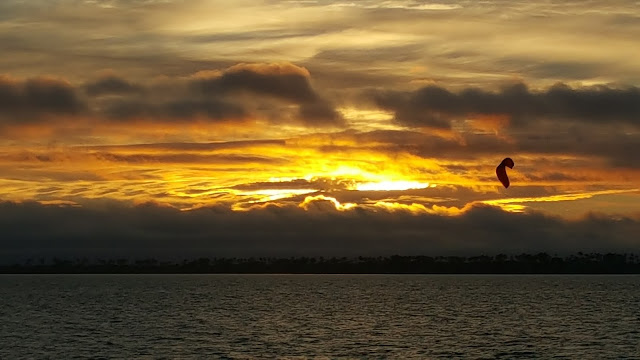 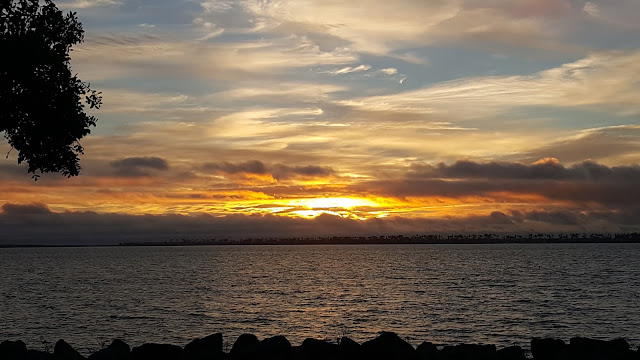 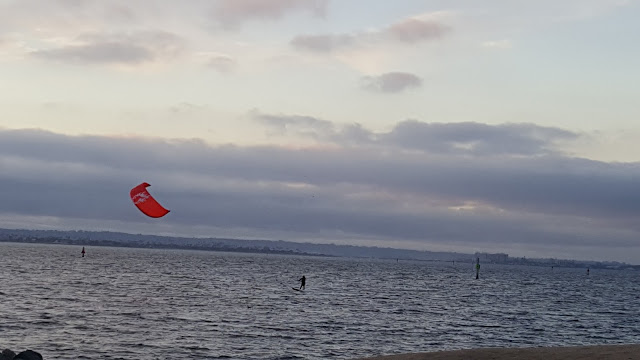 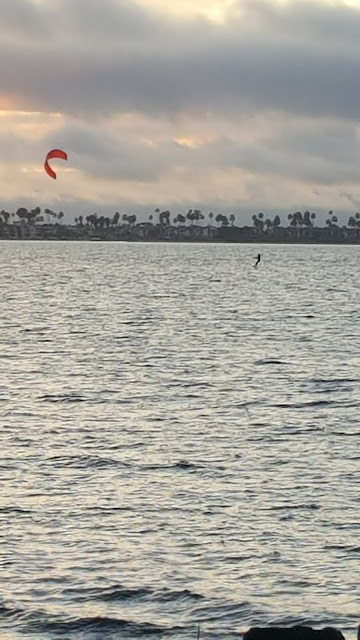 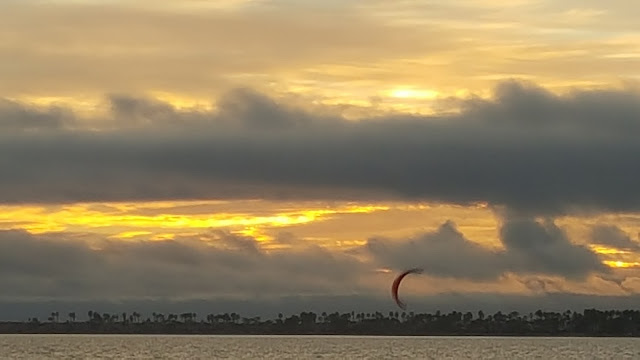 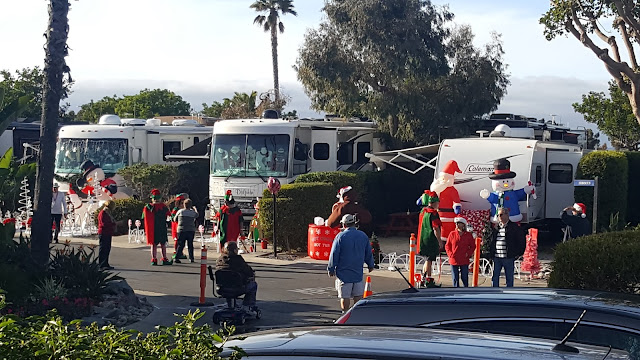