One of the benefits of Laurie's job is that we meet many new people.  Far beyond what you might do on a normal vacation.  Often, she'll make friends with another traveler and we get to explore an area together.  If, as in this case, the new friends are not from San Diego and of course, we are, we get to share this land with them.  Francine and her husband France are not from here, but she works with Laurie. We had arranged for a date to go to Old Town San Diego.

We first met up with them in the area known as Grantville.  Grantville is a corner of land.  It sits at the junction of Mission Gorge Avenue before it runs up over the hill into Santee, The very end of Fairmont Aveune that runs north through East San Diego and drops down into the eastern edge of Mission Valley, and finally, Friar's Road which travels east from the ocean through Mission Valley along the north side of the San Diego river past the major Mission Valley and Westgate Mall shopping malls, The famous Jack Murphy - Qualcomm Stadium, and The San Diego Spanish Mission just past Interstate I-15 before the three-way intersection with Fairmont and Mission Gorge.  Here, we met at the year-old brewery tasting room of Groundswell Brewers.

Groundswell had some tasty brews.  Mostly IPAs and blonde type ales.  we did a couple of flights and I settled on a Ginger Saison that was tasty enough. We all got to know each other and decided we could get along as first encounters invariably are.

We then drove to the Old Town State Historic Park.  Taylor Street, Calhoun St. Juan St., Congress, and Twiggs streets surround this area.  We walked in and out of a couple of shops and talked, On one end of the park is the courtyard of Casa De Reyas. There are some more shops here, and we stopped into Rose's Tasting room where a very knowledegable young man showed up a couple of brews and local wines.  Then, we had dinner at the restaurant where we enjoyed some amazing Chile Rellenos and fajitas.

After that we said goodbye and drove home.  We'll get together with them for more adventures later on. 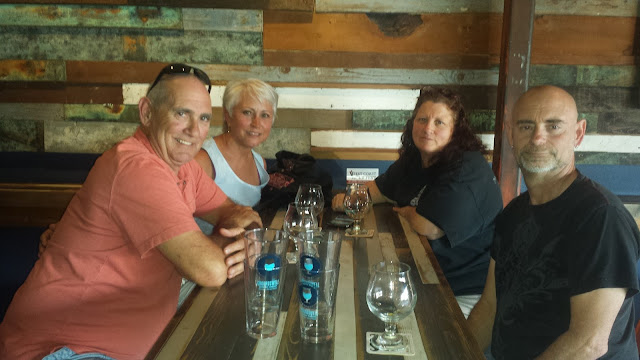 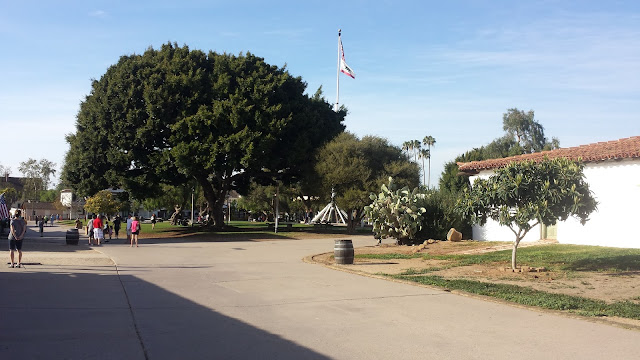 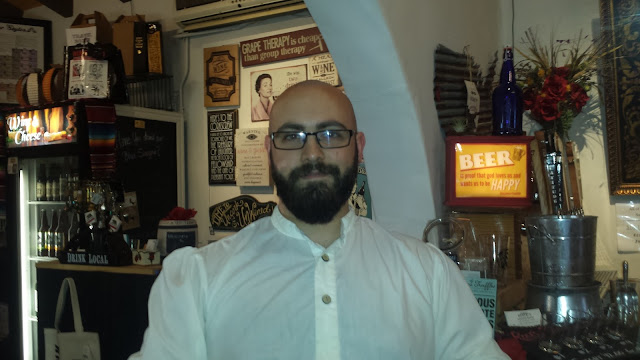