We took a trip with Laurie's mom and sister headed to the Mystic seaport museum.  As I have always maintained, it is possible to find some of the coolest things when you are just driving that you might otherwise never have known about.  This is one of them.

Passing through a town in Connecticut, we crossed a bridge.  The bridge is adorned with large thread spools with 11 foot green frogs sitting atop them.  ???  We stopped, I took a few pictures and we continued on.  We also passed through the town on the way home and I got pictures of the town itself.  Windham is actually four different communities linked by the "Thread Crossing" bridge.  The town calls itself Frog City.  I was compelled to research this and find out what this was all about.

In the 1700s, the community here had a thriving economy based on thread mills along the Williamantic River.  One night, in 1754, the residents were awoken to an unidentified clamor outside the town.  Panic ensued.  Some thought it was Judgement day, some thought they were being attacked.  A few said they thought they had heard their names being called during the night.  Men took to the streets with shotguns, but firing into the night did nothing.  In the morning, citizens checking out the area, were surprised to find scores of dead bull frogs.  You see, there was this drought happening and the Williamantic had dried to a small pond.  Bullfrogs had discovered this water, and rushed in.  That night the townsfolk had heard untold armies of bullfrogs fighting over the access.

In 2000, when a previous bridge was to be closed, the city built the new bridge and instilled it with the towns legacy of thread mills and frog invasion. 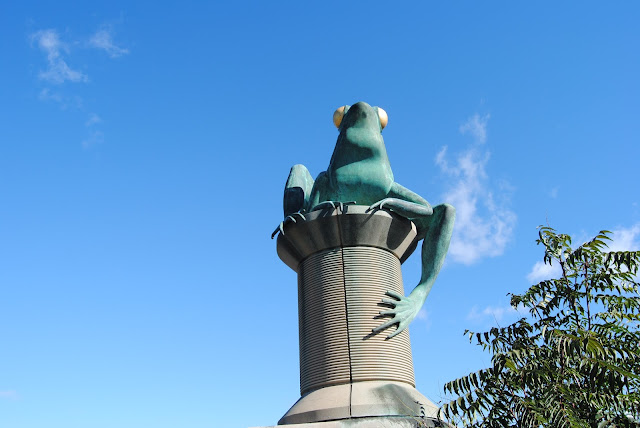 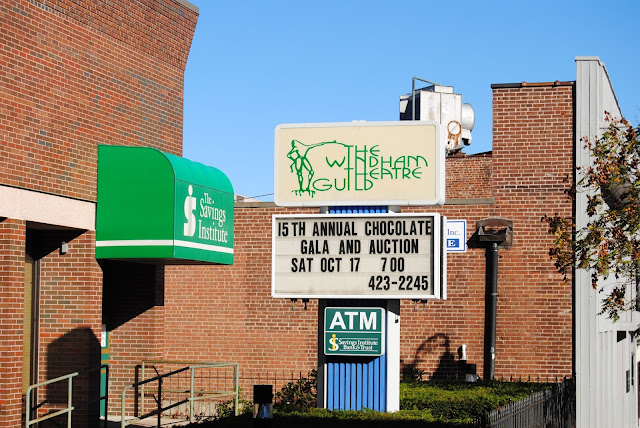