A visit to Massachusetts - Part one Plymouth

Welcome back, readers.  Laurie's Mom and Sister were coming out for a couple of weeks.  The family's roots are here and the girls have many family members living in the area.  So, my mother-in-law and her oldest came out to see family and to fill in some gaps in their genealogy records.  Laurie and I arranged for a few free days to meet up with them in Massachusetts and do a few things with them.  It was a five hour drive for us and the day we left was the day they were expected to fly into Connecticut and drive to the lake cabin where they were going to stay.  Our first two days, counting the travel day, was going to be spent by us visiting Plymouth.

Plymouth bay is an incredible community.  Being the oldest colony founded in the United States, the depth of history is overwhelming.  We arrived and booked our rooms in town at the Blue Spruce hotel.  A set of one level building spread out across the grounds.  It was pretty nice, and we were not planning on doing much more there than sleep.  We had set it up to attend a night time "Ghost" tour of Plymouth.  We had a bite and met for the tour.  The guide took us around the town and the graveyard and had some great stories about the history of Plymouth.  It was fun.

The next morning, we got up early enough to find a beach to watch the sunrise.  We drove to White Deer Beach, but it was all private parking so we went back down the road and settled on Plymouth Long Beach.  It was mostly deserted.  There is a small restaurant on one side and a larger closed down one on the other.  A sea wall separates the water from the parking area. We sat and waited for the sun to rise.  I took many pictures and we explored the area.  Across the road were a couple of small older beach huts.  There is also a small river, the Eel River that flows under the highway to the beach.

GEOCACHE
Before we left the area, Laurie decided to check for geocache.  There was one listed there on the beach.  We searched around, read the clues and finally found it in a small electrical box on a light pole surrounded by wild rose bushes.

After the sunrise and hunt, we continued into Plymouth for the day.  We visited some shops in the shopping district a couple of blocks up from the beach.  We visited the old grist mill and purchased our tickets for a guided tour of the town.  On the bay, We ate at a seafood restaurant that had been recommended by our guide the night before.  We are not fish eaters, but we do like New England haddock and will eat as much as we can when in that area.  We had their fish and chips.  The fish was good, but their breading was very plain.

We went back to see the graveyard in the daylight, the town, and visited the Mayflower II. The Mayflower II is an exact replica of the original Mayflower and was built in 1955 in England and sailed in 1956 to America.  It is now on display in the port of Plymouth just yards from Plymouth Rock.  What is incredible, is that a ship just 106 feet in length held 102 people for a journey of 66 days in the 1600s. Only two people were lost during the voyage and then one child was born during the trip and one more was born while the Pilgrims were still living on the ship in port before they had completed enough of the colony to move into.

Later, we met with our tour guide.  The people we were to tour with were from a group from England visiting the US.  One was from Australia and the rest except for us were all from the UK.  Our guide was great and it was a very good time and quite informative.

That night, we slept at the hotel and got up in the morning, checked out, ate and drove off to meet her Mom and sister in the town of Wales, MA. 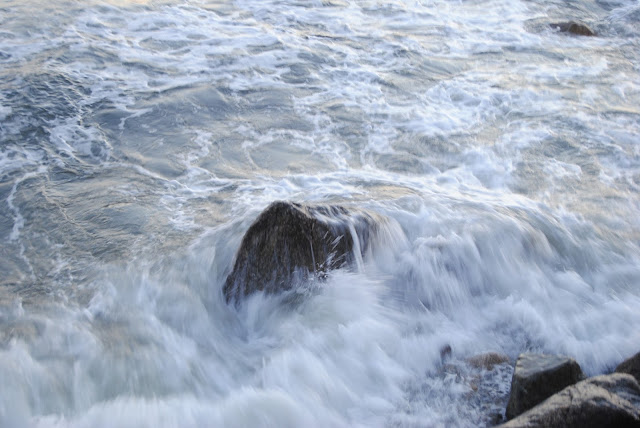 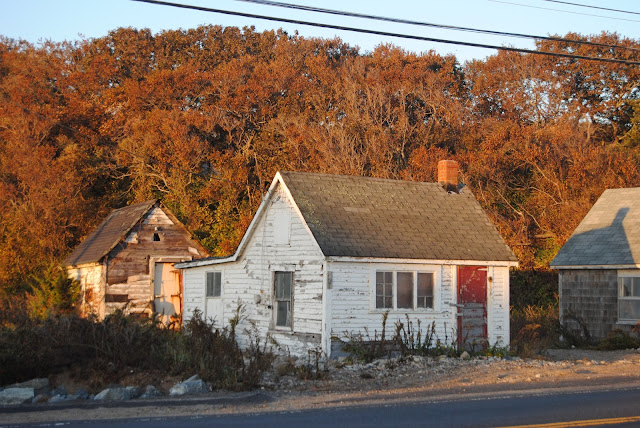 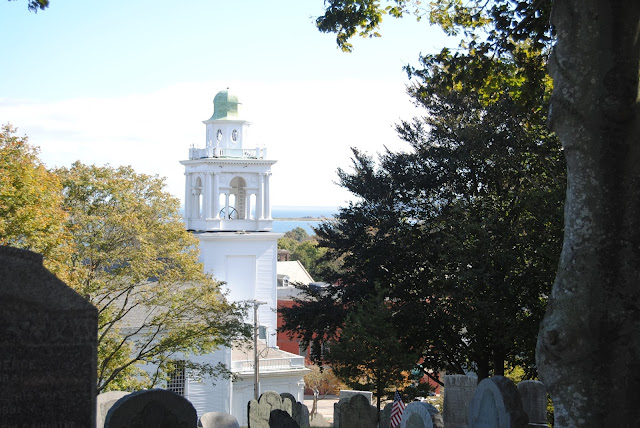 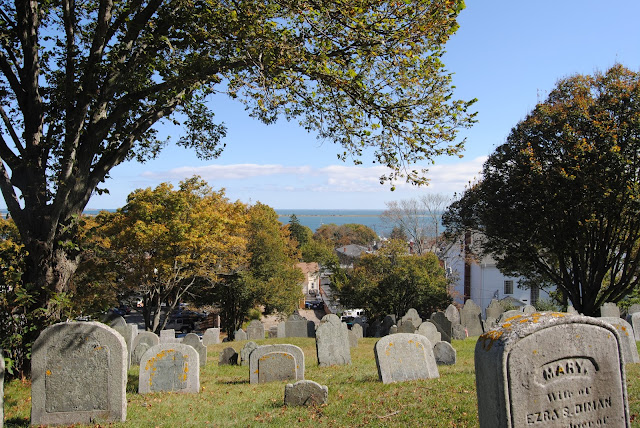 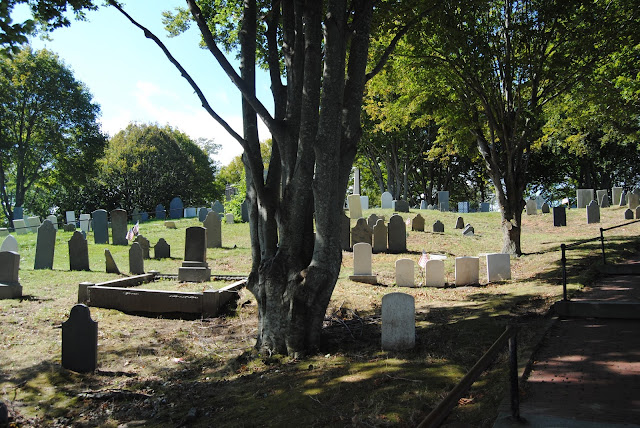 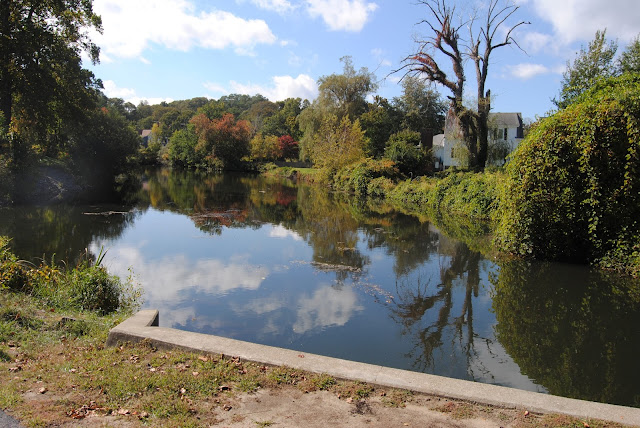 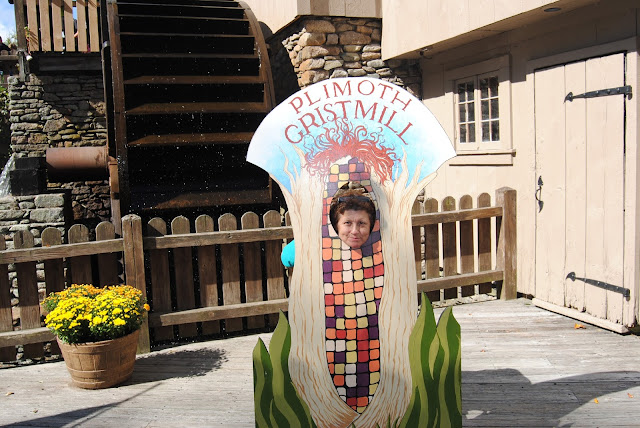 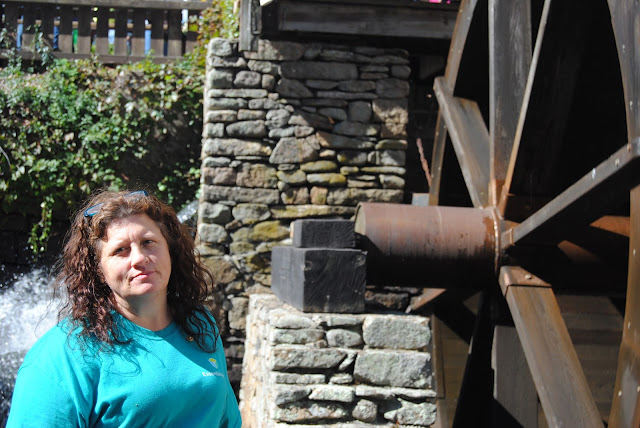 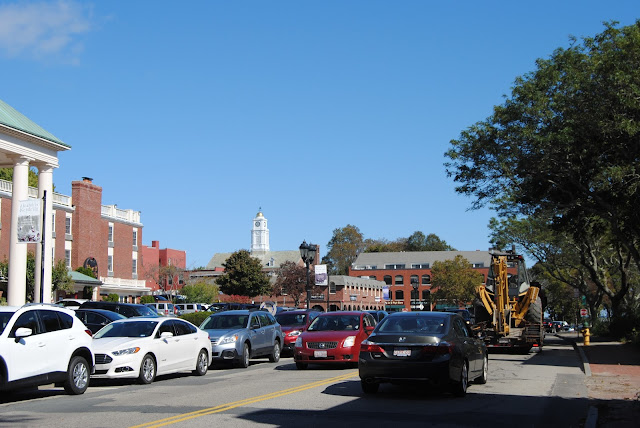 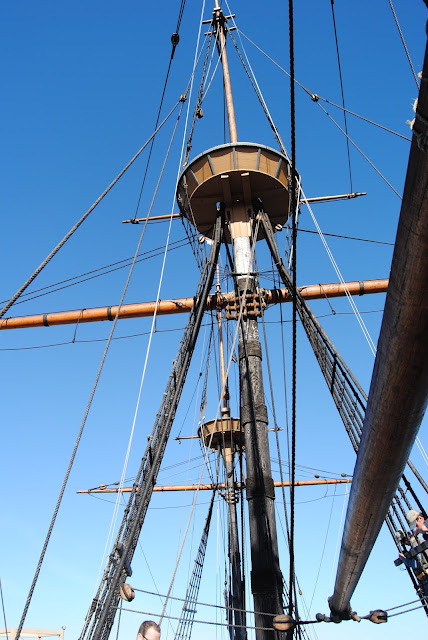 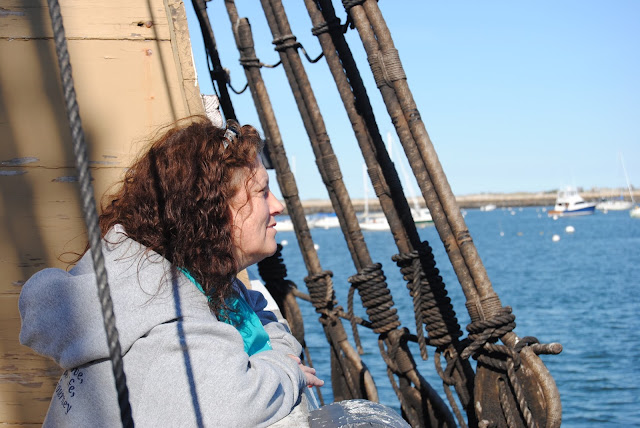 More to come as we continued our vacation in Massachusetts