If you look at a map, you see a finger of land poking east into Lake Erie. At the base of it is Port Clinton. The peninsula splits north and east.  Catawba Island to the north and Marblehead to the east. The section of water cut off from the Lake south of this is Sandusky Bay with Sandusky on the mainland to the south.  There is a small island just south of Marblehead that is accessible by bridge. This is Johnson Island.  These areas are where we went that day.

Our first stop was Marlehead State Park and the location of the Marblehead Lighthouse.  Wonderful little park with waves breaking on the rocks on shore. The lighthouse was closed as was the Keeper's house. 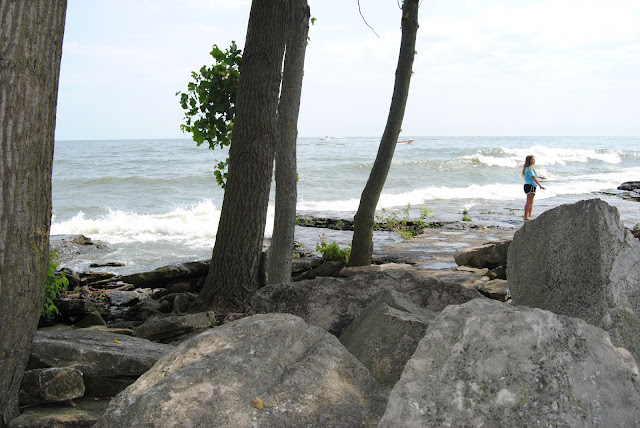 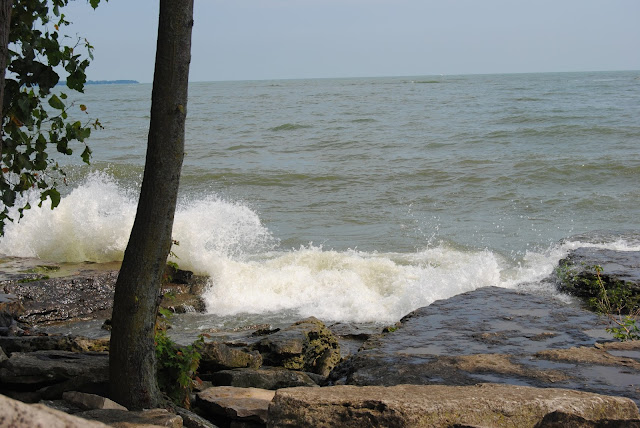 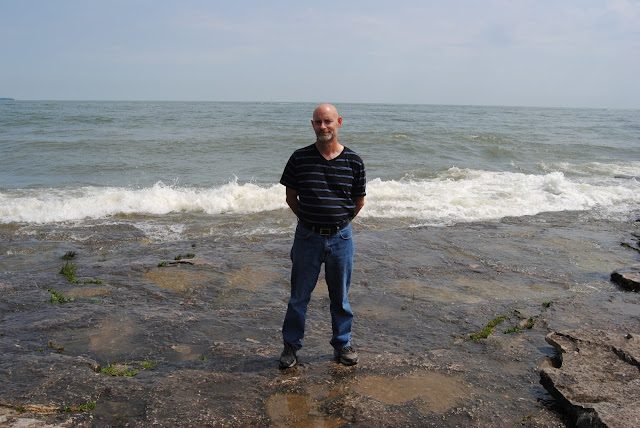 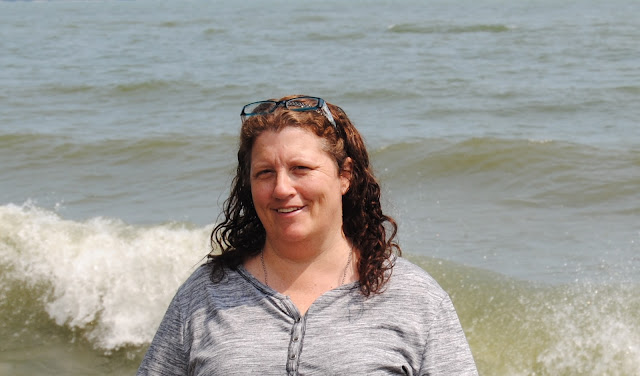 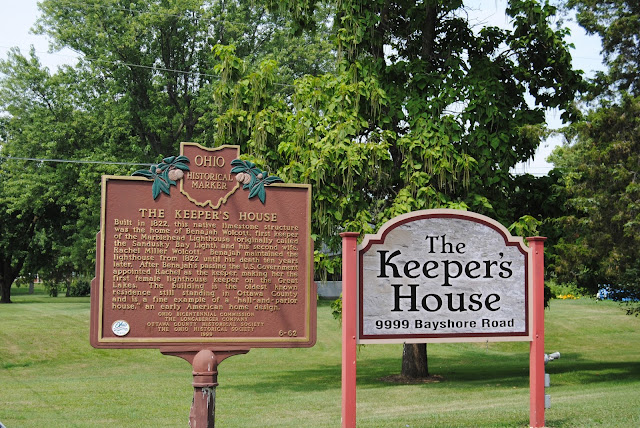 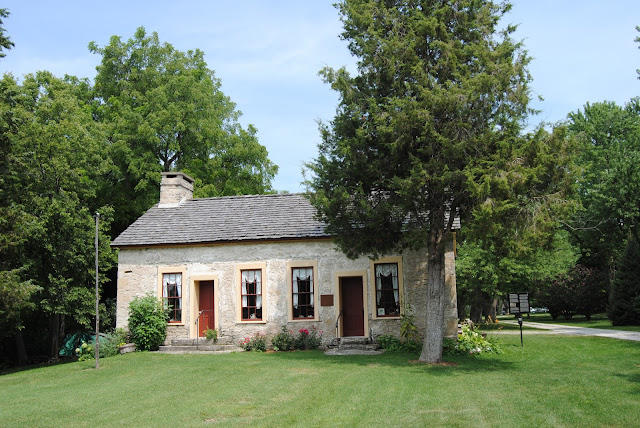 After the lighthouse, we drove across to Johnson Island.  The island is all private property except for two places.  We drove to the Johnson Island Confederate Cemetery.  There was a stockade and prison built to house Confederate Officers during the Civil War. This is no longer in existence. Just down the road from there is a cemetery where prisoners who died during the war were buried.  The original markers were wood and were replaced by cement ones later.  There are more people here than there are markers. A lot of solemn history here.  Here is a link for more history. 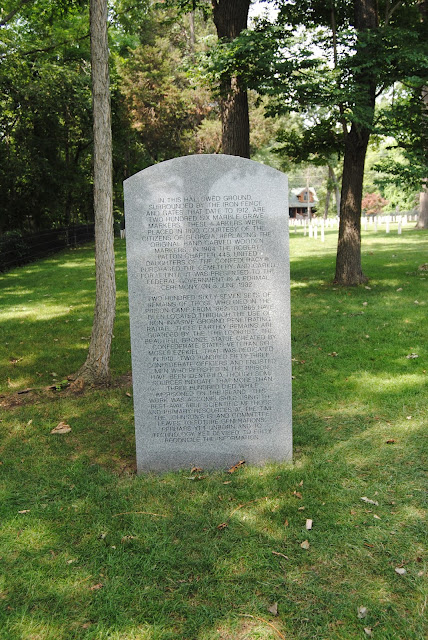 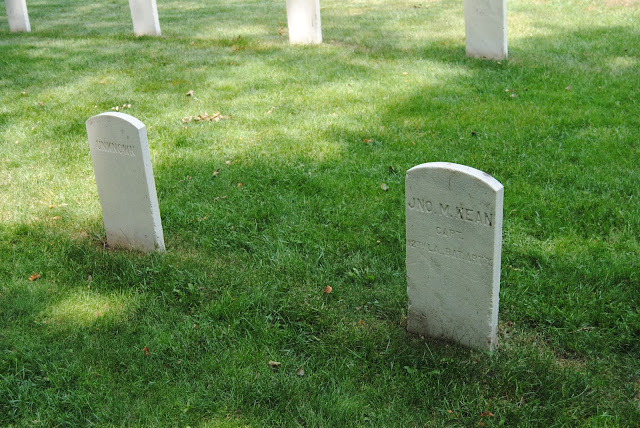 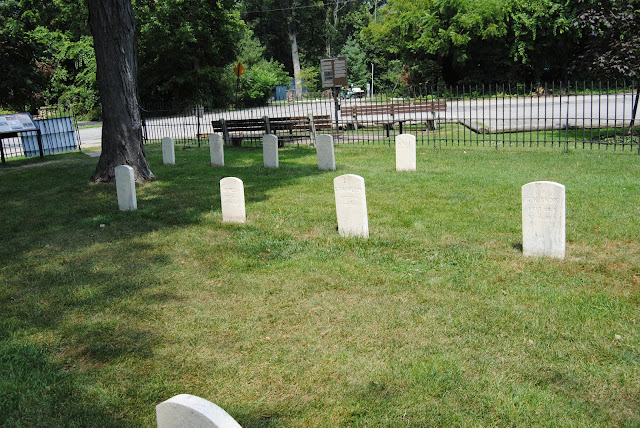 Quite a full day. we left Johnson Island and drove to Catawba island and the state park there.  The shore line is not very wide but sandy and we ventured out into the lake.  The day had been overcast but warm and we expected the water to be cold.  We were very surprised how warm the lake was and it was nice to swim in water that wasn't salty.  The Lake water is inadvisable for drinking, but we had a great time.  There are small reefs of rocks a ways off the shore, but the lake there is so shallow we could walk out to them. 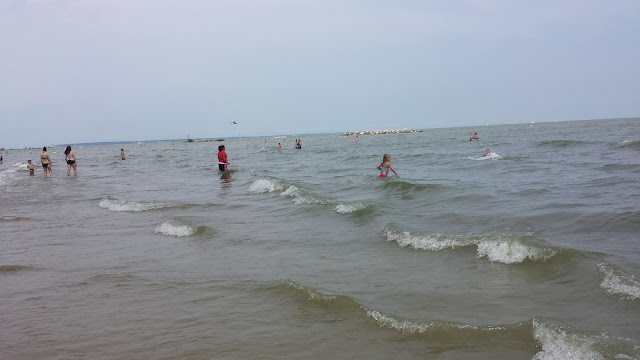 It was all in all, a great time.  We drove up to the point of Catawba island and back to our camper.