Life continues at Rio Bend RV and Golf Resort.  She works, I work (though not nearly as many hours).  What's really nice is the amazing sunrises and sunsets we have here and the weather is just a bit warmer than San Diego.  We attended a few events here at the park.  They held "Western Days" and served steaks and potatoes one night.  They also set up a makeshift jail so you could start a warrant against another resident.  I was surprised when a guy with a Sheriffs badge showed up and took me down to sit in the jail for pictures.  That was fun.

On another night, we had a Mystery Theater Dinner where various residents played parts and walked around and spoke to people and left clues so you could guess whodunit once they announced who the murder victim was.

On the night of the super blue eclipse moon, I was blissfully unaware and knew I didn't have the equipment to capture it anyway.  The morning before, there was a great sunrise followed later by a equally great sunset.  It might have had something to do with the local farmers burning off fields.  The next morning I saw a crescent moon sitting across the lake and took a pic.  I wasn't thinking about how it was actually the full moon coming out of the eclipse. 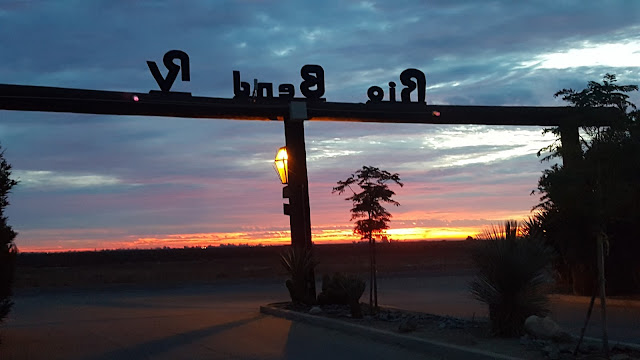 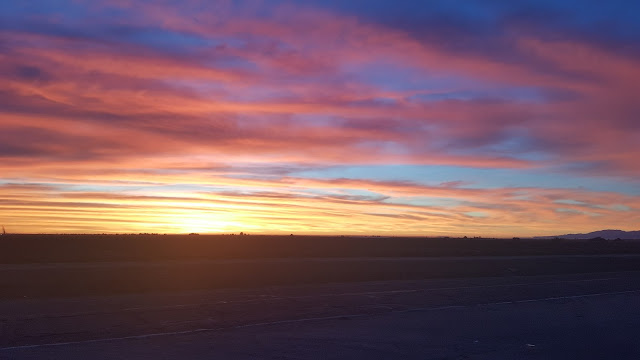 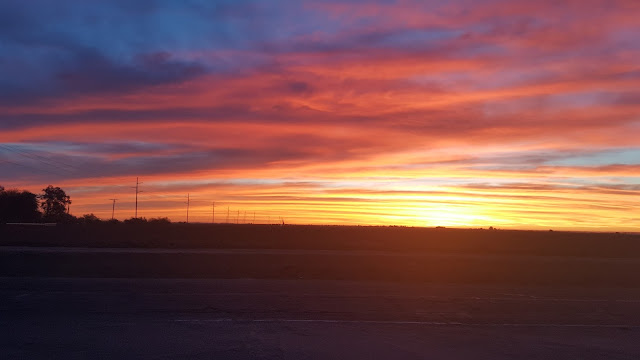 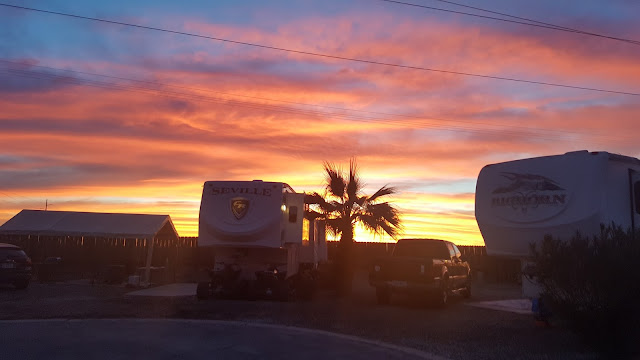 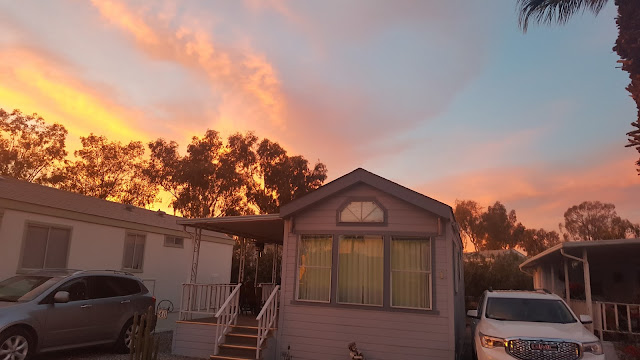 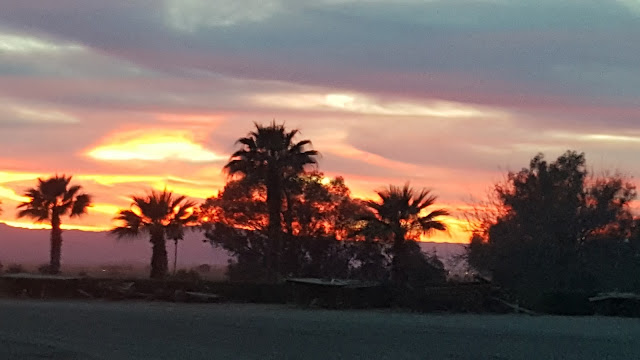