As most county and state fairs are held in the summer, The Imperial County fair is held in the end of winter.  It makes sense, who would go to the fair for a good time if it's 120 degrees?

It was a Tuesday near the end of the fair.  Just needed to get out and do something, so we went to see what it was like.  It's not a big fair, the fairgrounds are permanent buildings on the north side of El Centro by the airport and the beginning of the sister town of Imperial.  Entrance was pretty cheap.  There is a senior discount I qualify for, a couple of bucks, but we didn't see that until we had just gotten our tickets, and the girl said we were out of luck.  $2.00, oh well.

We took Janie with us.  She was going to be moving on soon.

We walked around and I tried to take some pictures.  There was an art exhibit and a law-enforcement exhibit.  Lots of crafts by local schools and colleges.  We came across an exhibit by the Early Day Gas Engine and Tractor Association Branch 22.  Laurie knew most of the presenters there as it is a club her mom and dad have been associated with for a very long time.

A couple of guys in bad superheroes costumes were going around on unicycles.  One was tall and the other normal size.  they juggled pins between them and told jokes and basically clowned around.  That was fun to watch.  There was a beer pavilion but the most exotic beer was Sam Adams.  We found the beer garden where the locals of Humble Farmer and Pentagonal as well as Mike Hess from San Diego had offerings.

We didn't try any of the rides, but had some of the food sample.  we had some great street tacos from one of the booths.

I haven't been to very many state or county fairs, but attended the San Diego County fair many, many times.  This was just another county fair.  A bit of diversion and fun.  Worth the meager cost. 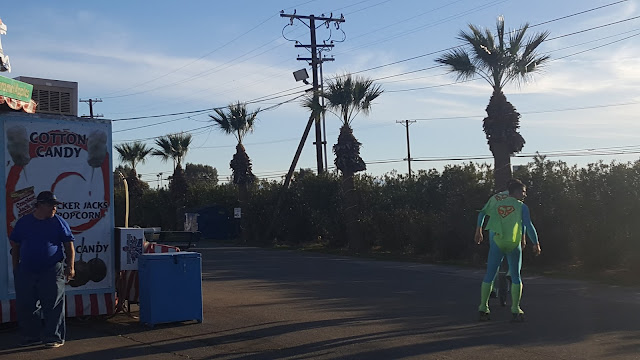 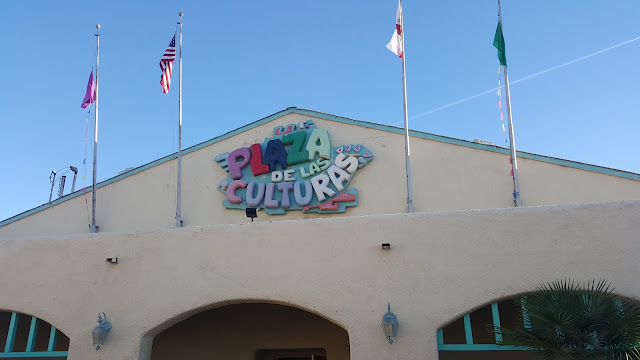 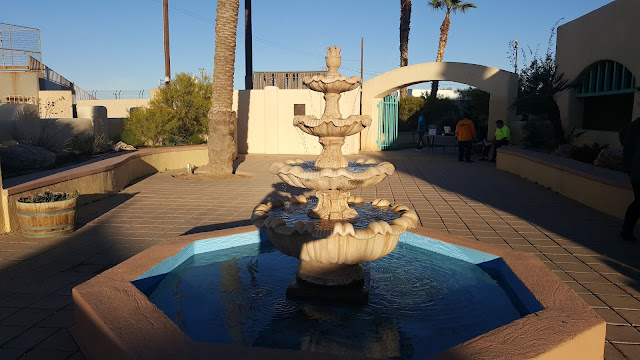 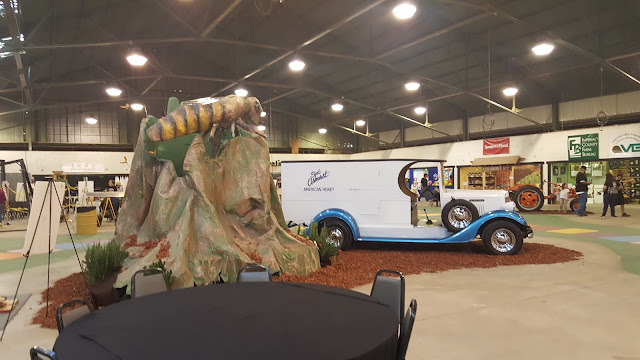 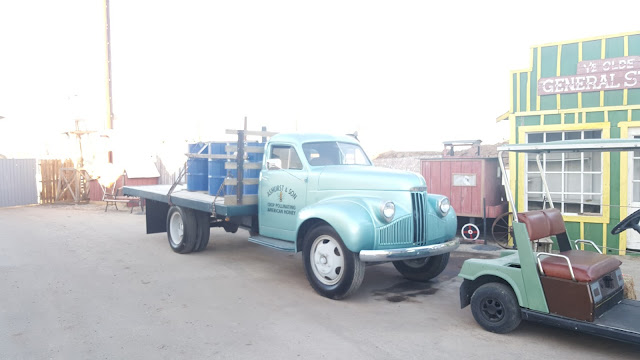 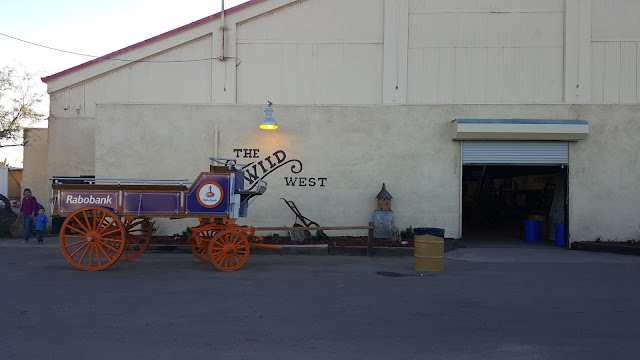 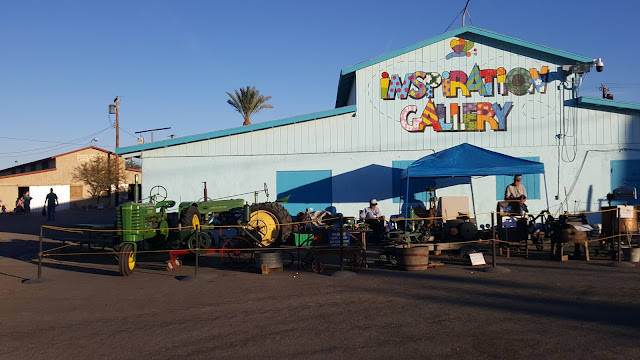 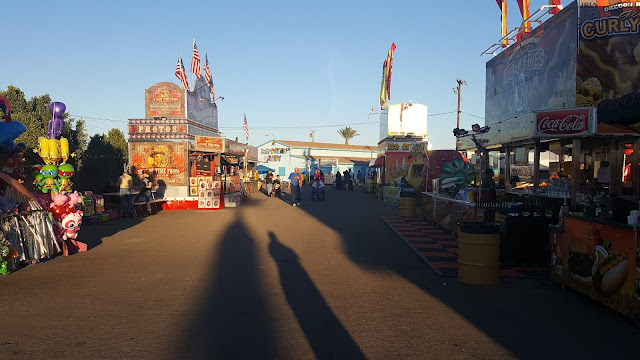 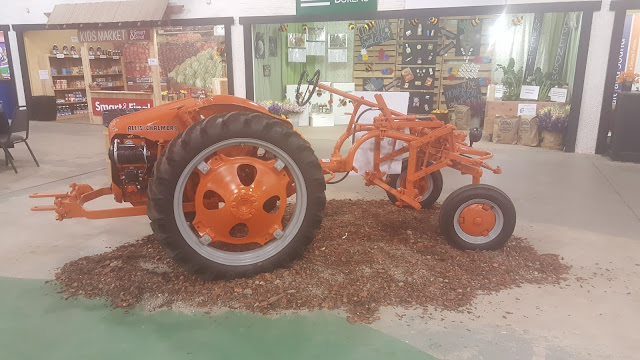