disappointments, fun, and good discoveries.  It was our intenion to visit this place called Pioneer Village.  An old movie set town in the back hills east of Palm Springs.  It takes a couple of hours to get up there, but what we didn't know was that the site is closed on Tuesdays.  We were disappointed, but we looked around a bit.  We drove back into the town there and ate at a Mexican restaurant for breakfast. Las Palmas.

After that little, we went on towards home.  There are a couple of craft places in the town of La Quinta.  We stopped at the closest one, but it wasn't open yet.  So we drove to La Quinta Brewing.  Trendy little upscale town.  The place there was a taproom of theirs but not where they brew.  We had a half pint and thought it could have been tastier.  We returned to the first place which was Cochella Valley Brewery.  Inside we found some really great beers.  I was planning on driving home, so I just had a couple of sips.  Really great taste.

CVB is located in an industrial park.  I found a geocache was just a block away, so I had to go get it.  In the last week or so, now, the owner of the cache has cancelled his account, so it's no longer a valid cache.  However, I still have the credit for the find. 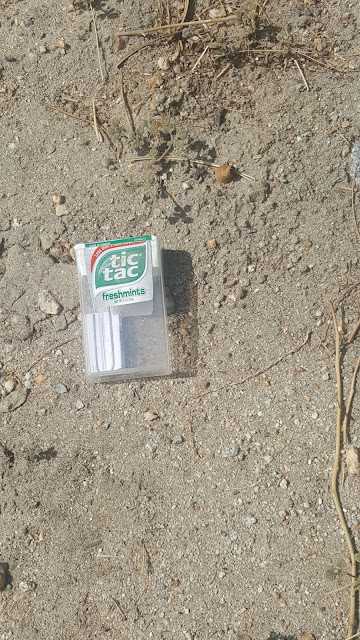 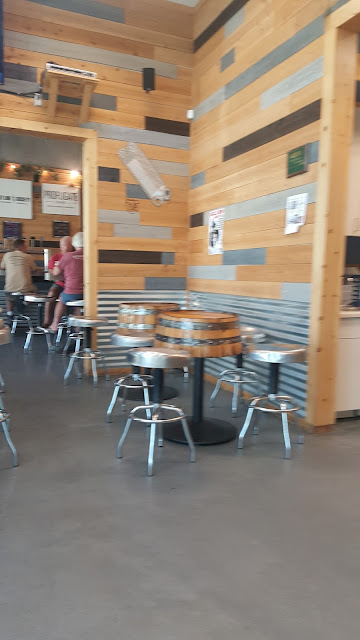 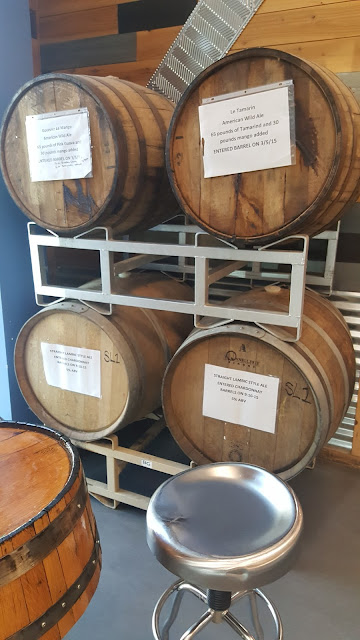 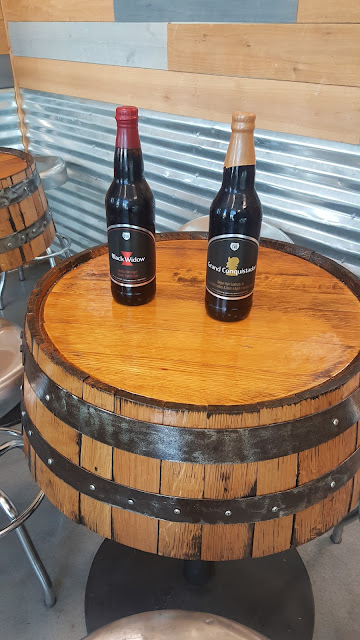