Is this month over, yet?

March 31st.  This is the second anniversary of one of our favorite craft Breweries.  Burning Beard Brewery.  In the middle of an industrial park in El Cajon, California, just south of Gillespie Field Airport.  The house music is primarily 80s punk, though the jukebox has other selections.  I've often felt the music was too loud, but lately, it seems to have been turned down a bit.  The woman who runs the front of the house is Shannon.  Shannon not only has a great bartender attitude, but she teachers her staff to be open and fun as well as knowing about the product and being able to talk about it.  Don't you hate going into a store and asking a person on the floor about a product and they have no idea?  That won't happen here.

But I digress.  BB celebrated their anniversary with a blowout event.  You had to purchase tickets before hand.  The sales were limited.  When we arrived, they checked everybody in and gave them tokens for beers and a package of swag.  The front door was closed off, and we went to the back to get in.  They had two food trucks back there and a stage for a couple of local bands throughout the day.

There was a lot of good conversations and mass quantities consumed.  Some of the greatest people anywhere work here.  So much fun. 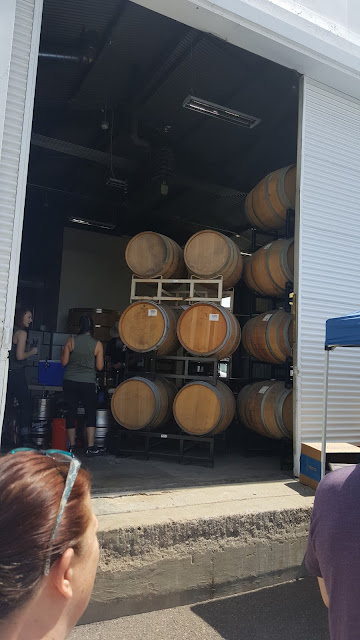 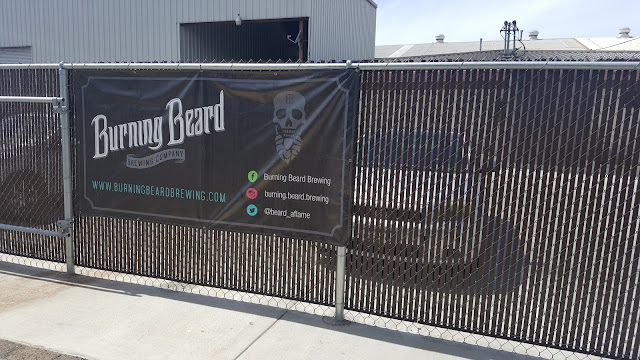 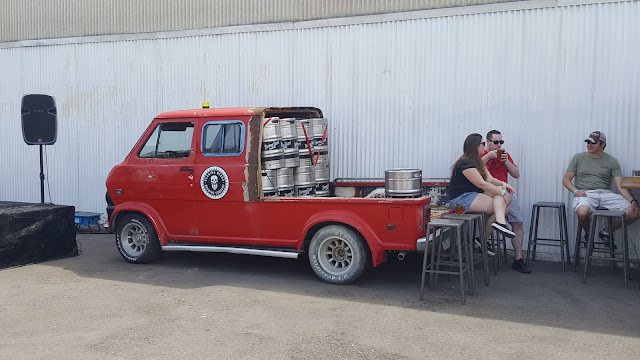 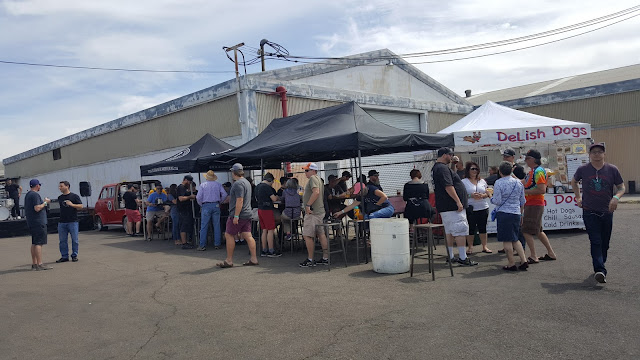 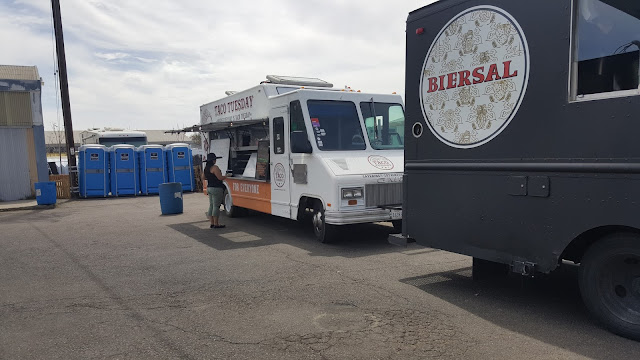 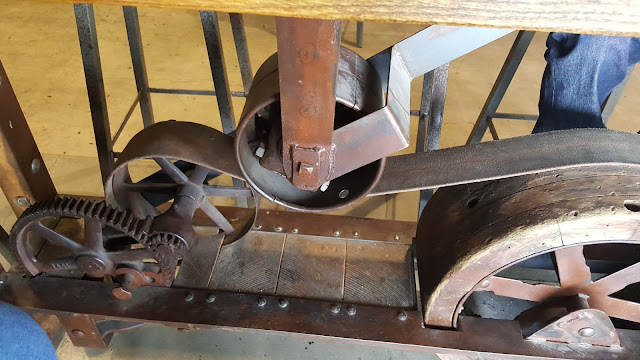 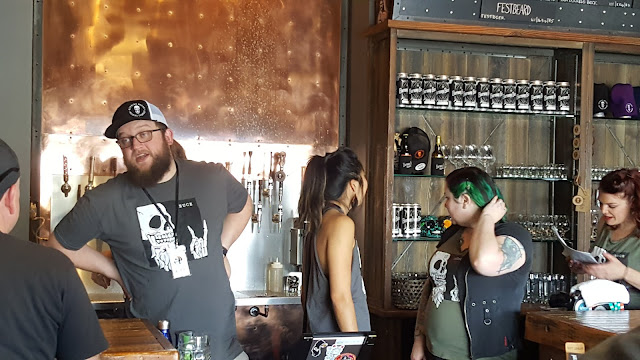 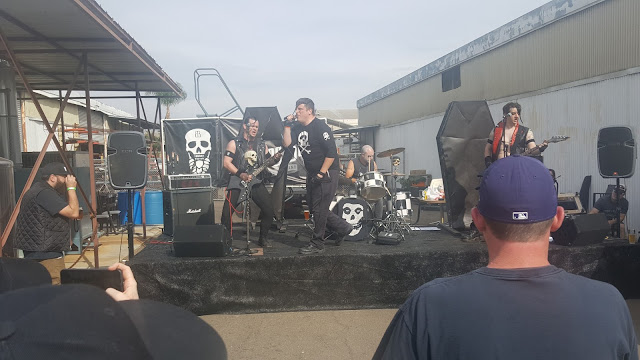 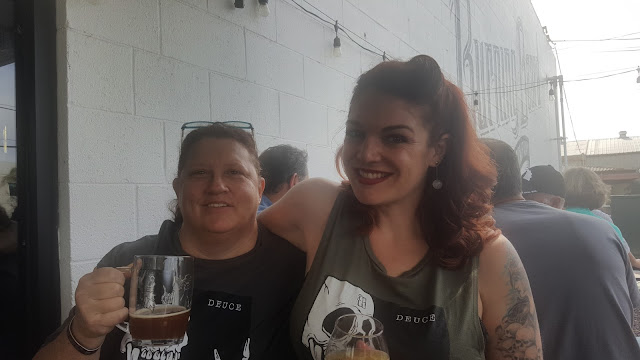 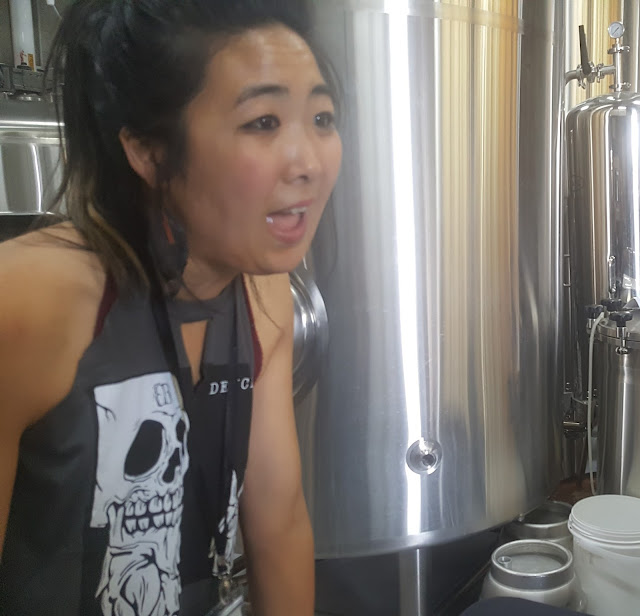 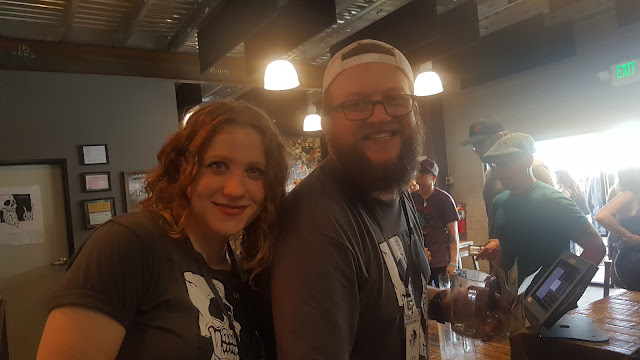