The grounds here at Rio Bend are bordered on the south by a lagoon, and on the west by the New River.  This night, a fire broke out in the brush along the river.  It spread very quickly, and soon we were evacuated due to the high winds and flying embers.

Thanks to the quick work by local fire agencies, the fire was contained and put out with no damage to the park except a couple of trees on the golf course due to embers.  At one point, the fire managed to get either under the water passage under Drew Road, or it just jumped because of the winds.

We got a room at the Quality Inn down the highway along with two of Laurie's nurse friends and their roommates.  We were able to return home the next morning.  Very exciting.

I only got a couple of pictures at the time, but I might be able to get some more and post them later. 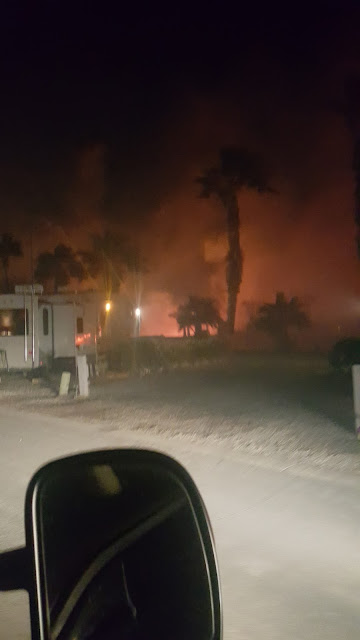 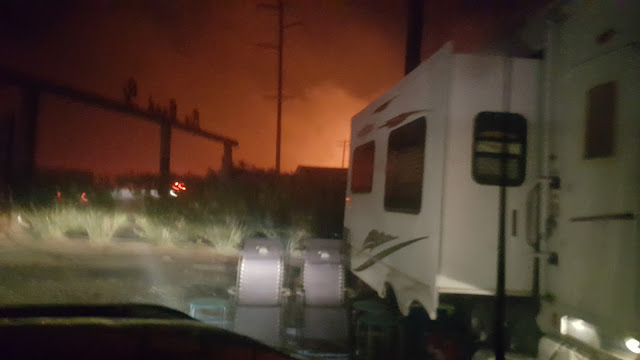 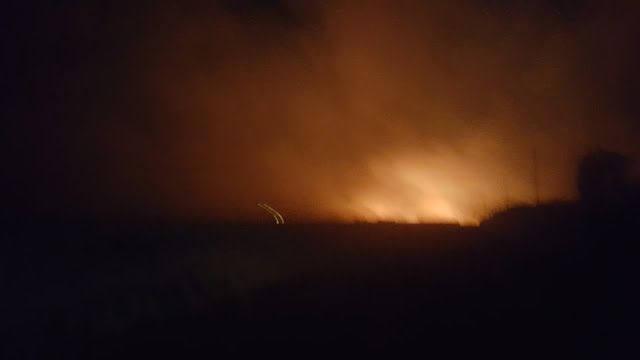