The 23rd Annual Survivor Seminar.  Ms. Bonnie Carroll is the type of friend everyone should have.  Through the experience of her own loss, she has made a home for others to share, grow, and overcome grief.  Whenever someone wants to take a candid picture of Ms. Carroll, she is always hugging someone.  It just happens so often that it's hard to not see her comforting someone.  When she lost her husband, she found there was just no place to get the kind of help she and others like her needed to understand their grief.  Imagine how you would feel having a death of a loved one that is so deeply tied to that person's core beliefs and pride.  Military members have a commitment to country, honor, and service. When the death happens in the fulfilment of everything they believe in, it will rock the very foundation of the survivor's soul.  We have found a family in TAPS and a sister in Ms. Bonnie Carroll.  Thank you, Bonnie.

Another person I wish to thank is Dr. Frank Campbell.  Dr. Campbell has been a key presenter for all the time I've been around TAPS.  He has as big a heart for people as Ms. Bonnie.  His talks and sessions are always worth attending and this year was no exception.  I especially enjoy listening to his Louisiana accent and speech patterns.  Thank you as well, Dr. Frank.

As I might have stated, recent years we've been attending less and less sessions. Stuck in place I think we were.  So here's Saturday.  I attended four separate sessions.  Three were run by Dr. Campbell, and he was an attendee in the other.  That's a lot of Louisiana, I tell you. Two of the sessions were just for men.  It is true that men and women grieve differently, and men won't show grief or at least talk about it around the opposite gender.  Sessions like these are important for that reason.  I haven't attended one of these before but this year we had a lot of healing going on.  I was especially surprised how many step-fathers like myself there were and it was interesting how we are perceived in the area of family as sometimes outsiders.  The sessions were very good.

Saturday is the final official day of TAPS and there is always a formal banquet for dinner.  This year, Chef Robert Irvine (Restaurant Impossible) had volunteered to prepare our dinner.  It was amazing.  Then come the speakers.  Chef Irvine's talk was fun and entertaining.  The special guest emcee was Kimberly Dozier, a CNN reporter.  She had been reporting on the war in Iraq when she and her team along with the subject of an interview she was conducting became victims of a bombing in Iraq.  Her story is one of survival and the long road back from considerable injuries.

After dinner, we had our usual North Dakota group final goodbye meeting.  It's always sad as the week comes to an end.  BUT, it wasn't over yet.

Afterwards, we were in the lounge and we were able to meet Chef Irvine in person.  He is a really great guy, self-effacing and humble.  Later, I introduced myself to a vet named Richard and his wife who were in town for Rolling Thunder.  I went to thank him for his service, and we ended up spending quite some time getting to know one another. 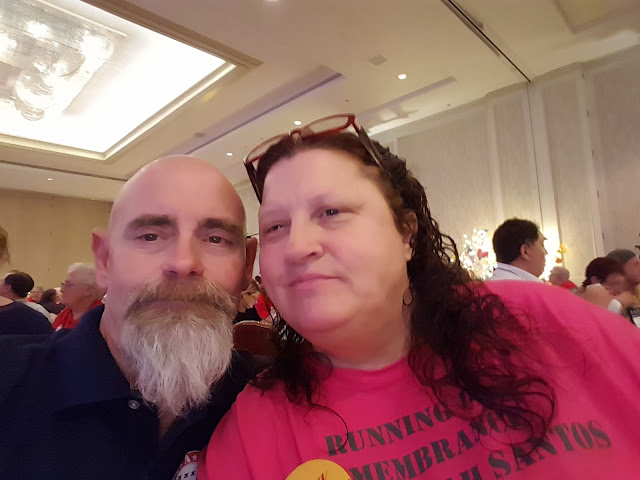 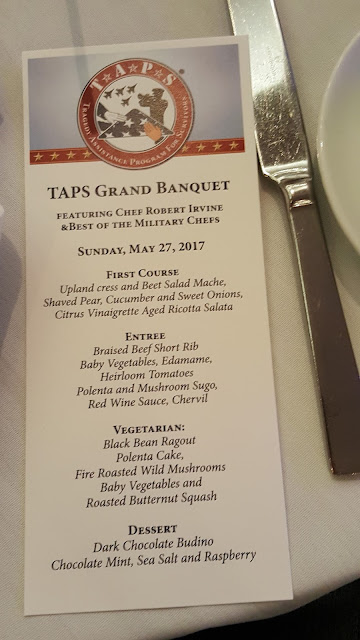 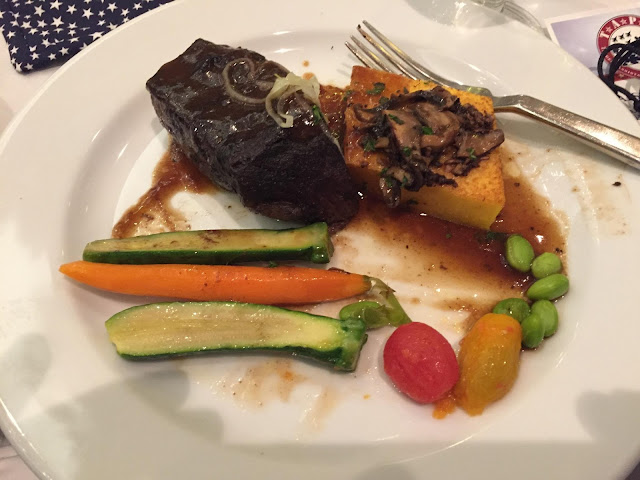