Friday.
A great opening ceremony and a couple of good sessions.  At the ceremony, we were treated once again to a music program featuring Ret. Gen. Martin Dempsey and this little girl he has been mentoring with for many years.  Gen. Dempsey is there every year and spends his time in the Good Grief Camp program for the smaller children in TAPS.  They, along with an older girl and a sailor, sang a song from Moana.  There is a hallway where pictures of our loved ones are usually posted on huge banners.  This year, they had a Family tree made from construction paper with picture squares velcroed to the wall as leaves.  Very nice.

That evening, we attended the National's baseball game.  Arriving at the field, Laurie, Jeremiah and I walked around and sampled craft beers and food.  There is a memorial plaque there for the Naval personnel who died during an attack on the Naval yard sea systems in 2013.  Being one of the top teams this year, I expected them to win.  Considering they were playing my hometown Padres, I expected them to win big.  The National's pitcher had 13 strikeouts, a team record, and the bats had 5 homeruns.  My Padres made a bad showing.  I love attending baseball games and never regret any game no matter the outcome.

As the game was lost pretty early, we left before it was over.  We were not interested in taking the busses back to the hotel, but strolled down the street to find a craft brewery called Bluejacket. The area on the north bank of the Anaconda River, which flows into the Potomac, is an area know as the Naval Yards.  The area was once a major ship building area for the nation. The factory buildings are still there for the most part, but they have been repurposed into a trendy shopping area full of restaurants and nightclubs.  Bluejacket is in one of those factories.  You go through two sets of ID check to get in.  We found the staff to be a little short on friendliness.  Of course, on a Friday night right after a ballgame 5 blocks away, they were busy, but still, I expected a little more.  We found some good conversation with local people, and the list of brews was really pretty good.  It was loud, but an okay time.

We left and caught a Uber back to the hotel.  Sitting downstairs for a nightcap, we met a group there who were a lot of fun.  Aaron, Greg, and Sheila, and a girl who seemed shy or not interested in us. lol.  USAF and Dental people.  It was a great meeting and we laughed and talked about life and kids. 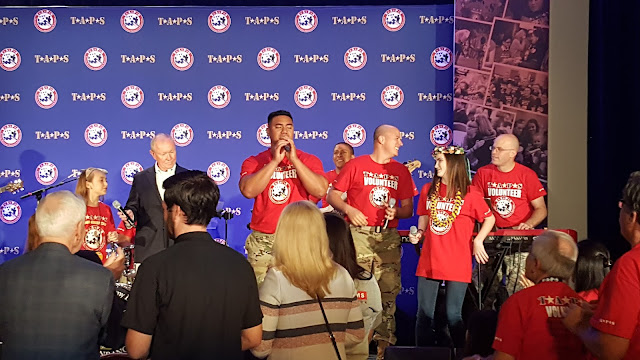 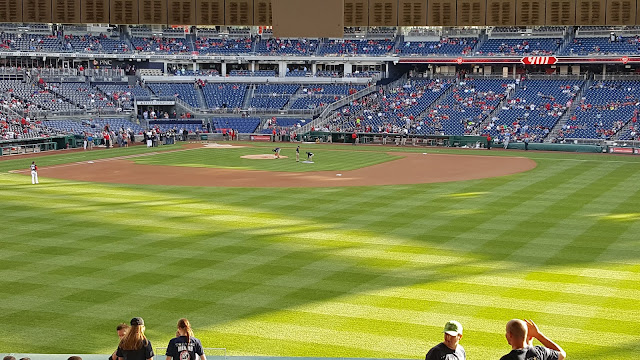 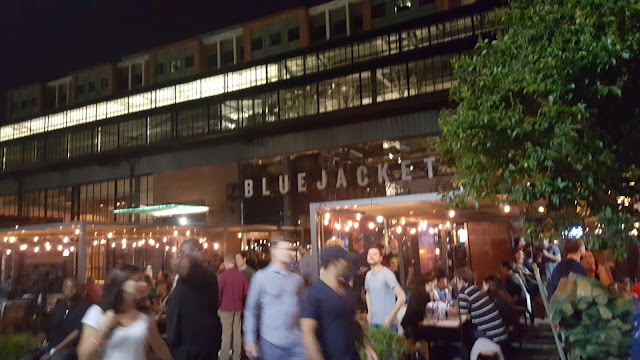