February 8th - A trip to Calexico

GEOCACHING  GC26MYM - Power up with star
We started the day by going a couple of miles south of us where there is a row of caches in the "power up" series.  This series stretches over 20 miles.  They run along a row of major high voltage power line towers.  We only did a couple of them.  What we saw were small containers hidden at the base of the towers.

After that little adventure, we continued southwest to see what there was to see in the famous border town of Calexico.  I have to admit, we weren't expecting much.  A small border town that should look a lot like El Centro, but smaller.

A lot of 60s and 70s Spanish style southern California style buildings and houses, with a newer area growing up with modern shopping centers.  The biggest issue was the long line of cars rolling down the highway through the town headed to and from the border crossing into Mexicali.  We drove around town a little bit, and stopped at the local war memorial park.  There are a number of memorials, but it was disappointing that one, a soldier's cross, was broken off from the top of the boots with just a piece of rebar sticking up.  There is a wall of heroes that has a waterfall on it, but the water was turned off at this time.

The was also a geocache here, GC2MB0Y - War Memorial That we collected.
It wasn't a long day, but we were curious and had the chance to run down there and see it. 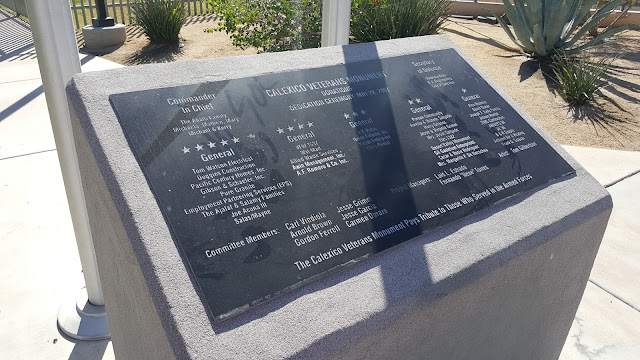 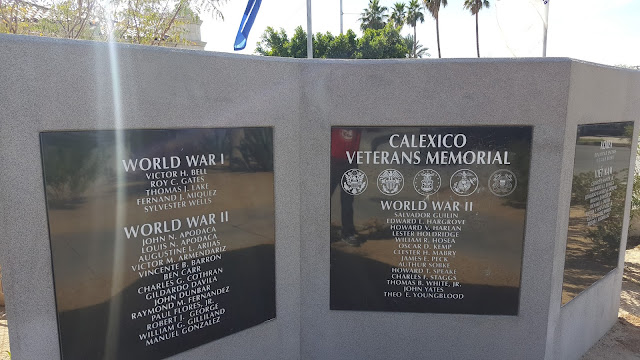 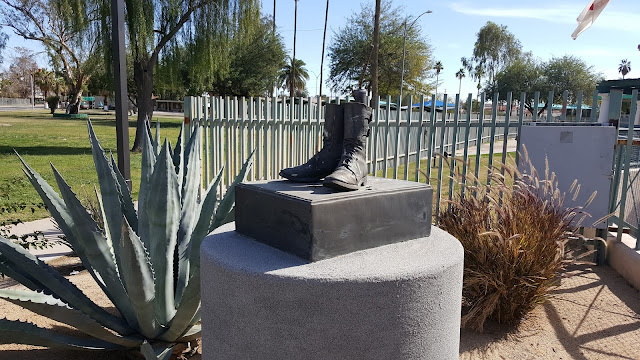 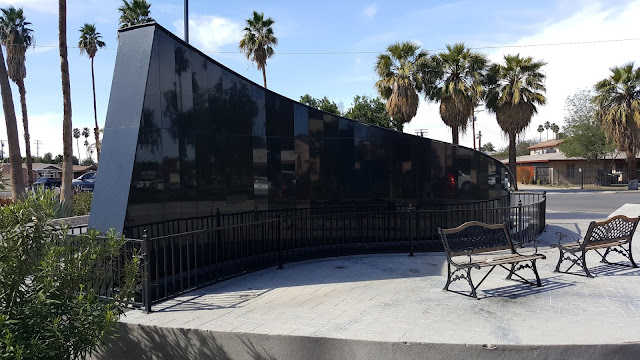 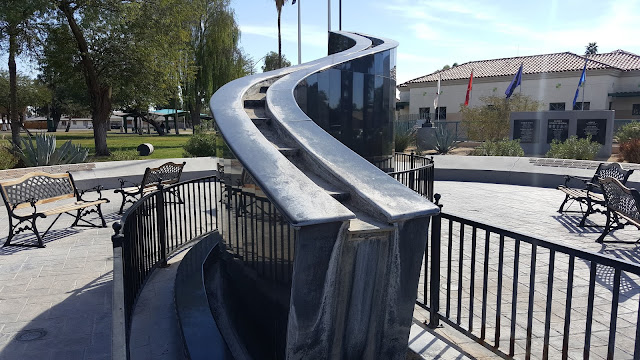 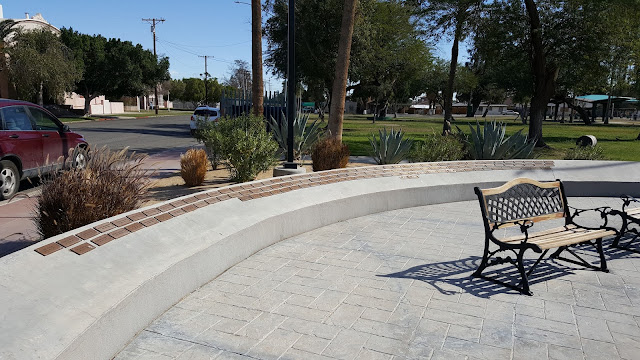 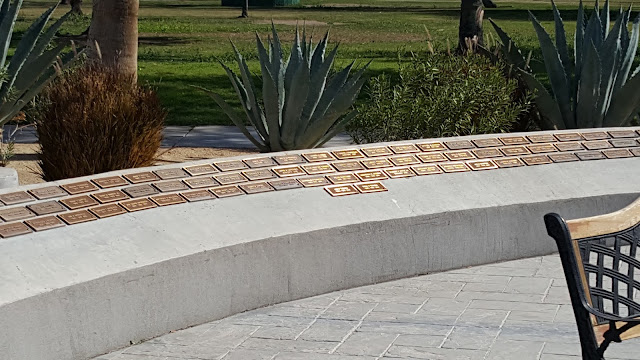