September 8th - A funny thing happened on our way to California...

The morning was a bit misty and rain was in the forecast.  We got up early and headed out.  The first order of business was getting some diesel.  After fighting some construction bunched traffic, we picked an off ramp to find a station.  Mistake.  With all the bodies of water and hills around, we ended up driving on residential streets with a lot of dead ends.  We carefully avoided the dead ends. Once we got back to business streets, we found a gas station.  In Oregon, they pump your gas for you like in New Jersey.  It was raining a sort of drizzle.  Just before we found the freeway entrance, we came across a train crossing. There were many cars on both sides stopped, but as we sat there, we realized there was no train coming.  Eventually, the ones who could get around the arms did but we weren't going to with the truck and fifth-wheel.  Someone had gone out and tried to push the arms up, but it wouldn't stay up, so he found a way to drive around.  I got out and went to the sidewalk and held the arm up while Laurie and the others on our side got by.

We drove through northern Oregon in the rain.  We saw a lot of cars sporting the University of Oregon Ducks. It was Saturday and college football was happening.  Apparently, southern Oregon has been wanting rain and not getting it.  Down near the end of our journey through the state, we stopped in Sutherlin.  Our friends, Stan and Dana live there when they aren't RVing.  The towns of Sutherlin and Oakland are small and quaint.  We met them, had breakfast and then got back on the road.

into California and made the turn onto Hwy 101 - the Redwood Highway.  Winding through the trees we came to Crescent City where we have stayed before.  Then, back on down the road to Eureka, Ca.

We pulled into the Shoreline RV Park.  The journey is done for now.  She'll train and start working and we will explore the lovely Humbolt County. 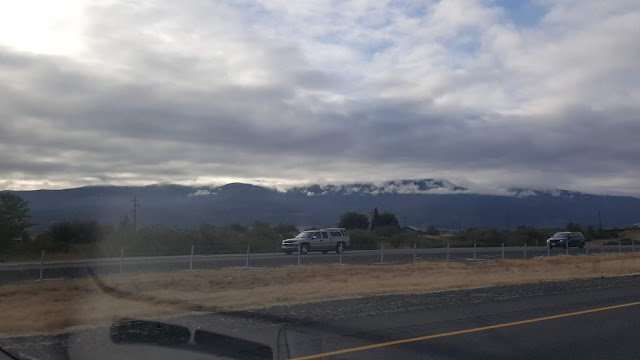 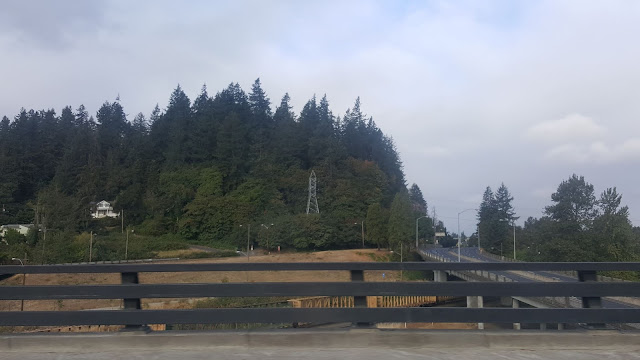 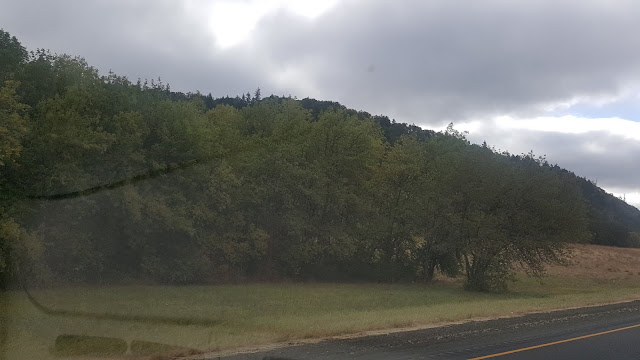 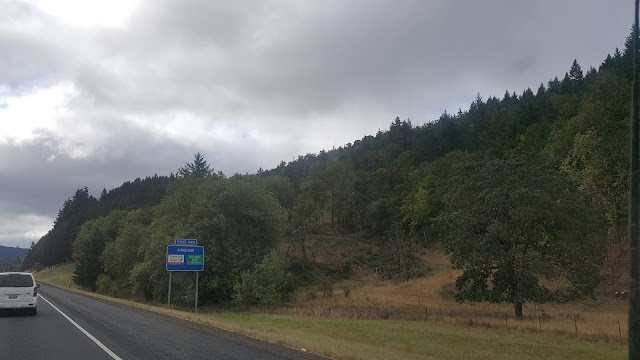 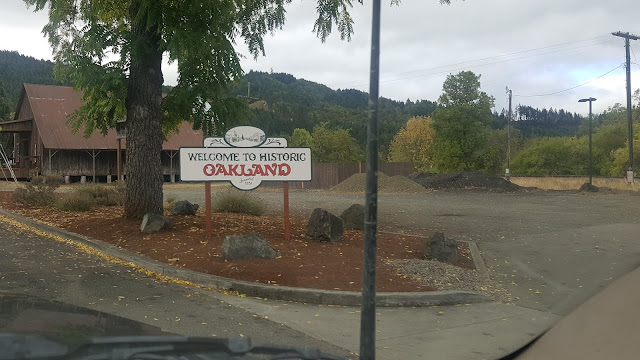 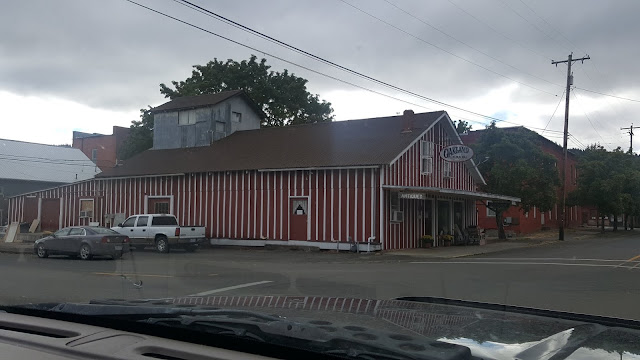 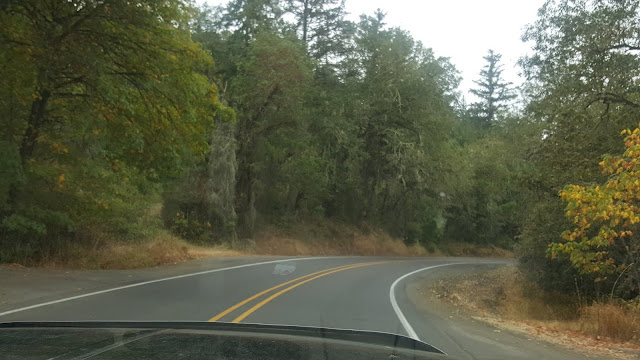 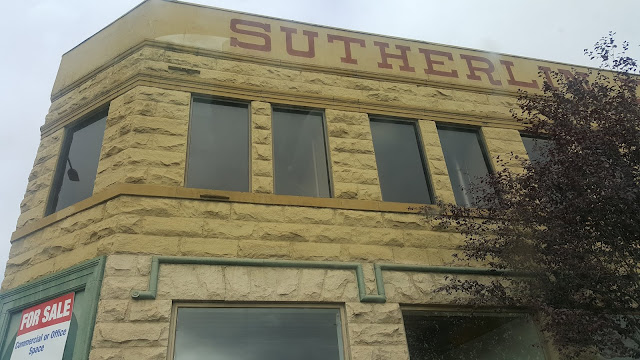