September 9th to 16th - Our First Week in Eureka

Okay, this is going to be a longish post.  I hope you enjoy the pictures.

Our RV park is right off Hwy 101.  We are surrounded by city, a slough that opens to the bay, and forest.  We got into our spot at night, and got the paperwork done the next morning..  The office here seems a bit unorganized.  We have talked to a number of different people between the actual meeting and earlier phone calls.  Some of the people we talked to aren't here since we left ND.  My only complaint about the site is that it's only 30 amp rather than 50.  Eureka seems to be a pretty area.  Being right on the ocean, the fog comes in at night or even late evening, and rolls out in the morning most days.

It didn't take us long to start exploring.  We went to the downtown area which has a wonderful "old town" section along the waterfront.  There are buildings here from every decade going back to the 1880s gold rush era.  Up here there is farming, a prosperous fishing trade, and lumber processing.  This area is called the Emerald Triangle for the three counties of Humbolt, Mendocino, and Trinity. I was told it was mostly due to the lumber and farming in the area, but wikipedia says it's because of the marijuana framing.  This area has all the charm and culture of San Francisco set in a small town rural environment. Very laid back and arty as well as very liberal. You know, hippies. lol.

We had our first breakfast out in a small restaurant called the Green Lily.  Great food and dragon fruit mimosas.  The next day, we found Lost Coast Brewing.  The place looked marvelous inside though the beers, which are a huge local brand, were a bit lacking.  I'm constantly amazed at all the buildings which are still in use despite their age.  Also, many, many buildings have huge murals and artwork painted on them.

Later, Laurie had to go in for training and orientation.  One of the days, she wasn't going to be there long, so I just parked and waited for her.  There is a large wooded area next to the hospital, and on this side, they have a small garden for reflection or whatever.  Really cool.

We drove up to Arcata to look around. We found a trendy, and overpriced brewery called Six Rivers.  We also drove over to Blue Lake to Mad River brewing for lunch.  Their brews were pretty good.  We had lunch and the ribs I had were huge and meaty.  I love great ribs.  She also loved her tri-tips.

There in downtown Eureka is a cidery with some great blends. such as blueberry and passion fruit.  Across the street is a pizza place with an art-deco motif.  They make fresh NY style pizza that was pretty good.  There's a lot to see and explore, not just here in town, but all around in the country and surrounding towns and coastline. 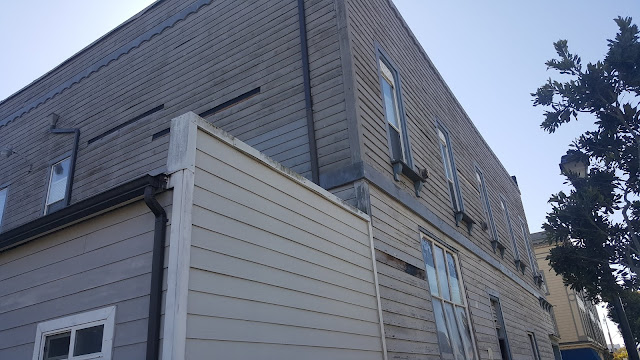 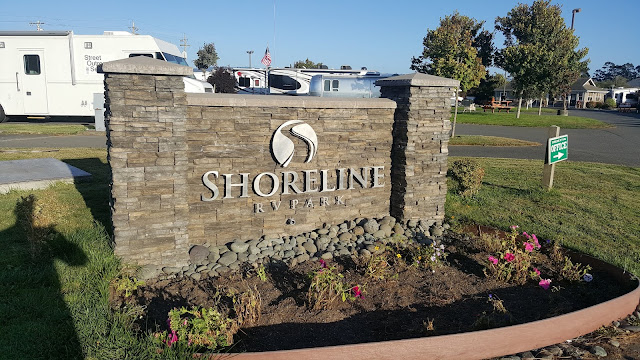 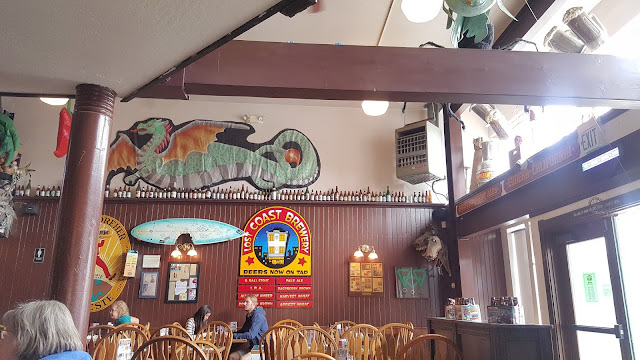 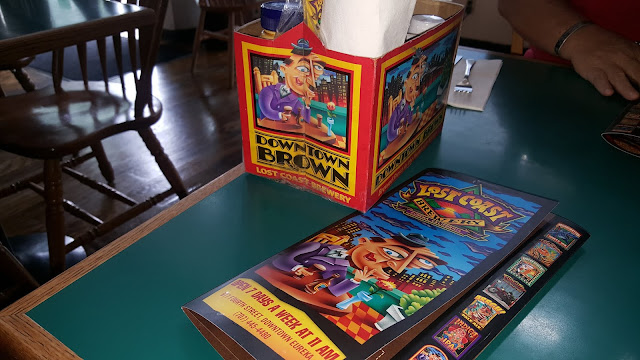 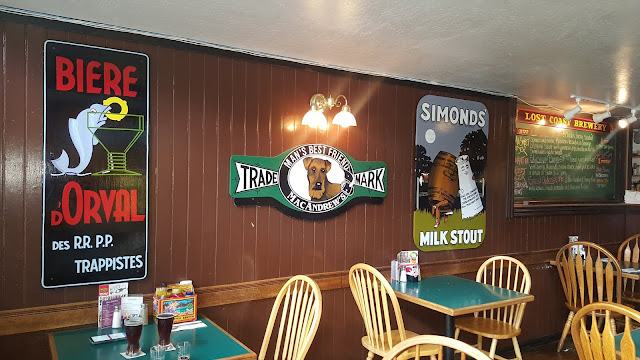 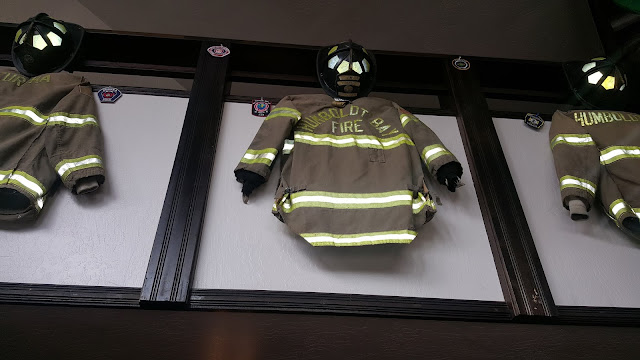 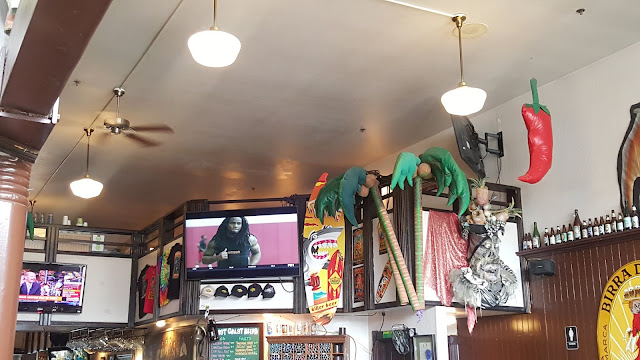 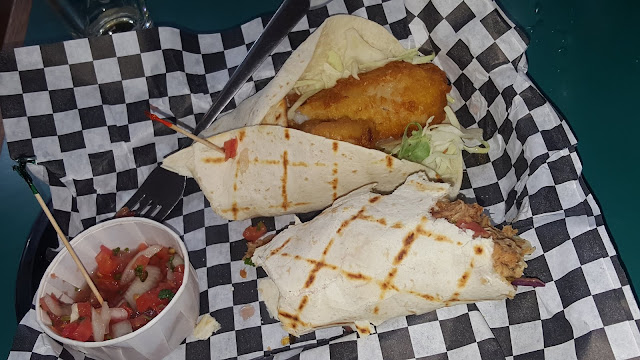 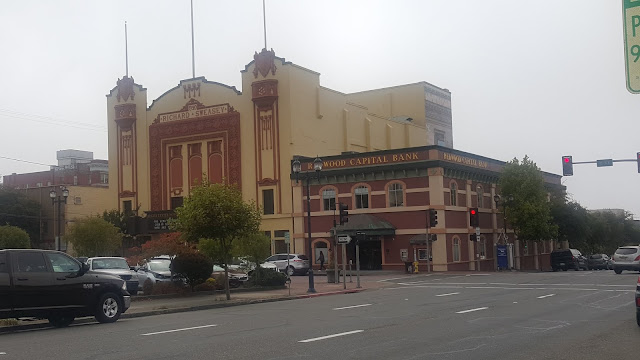 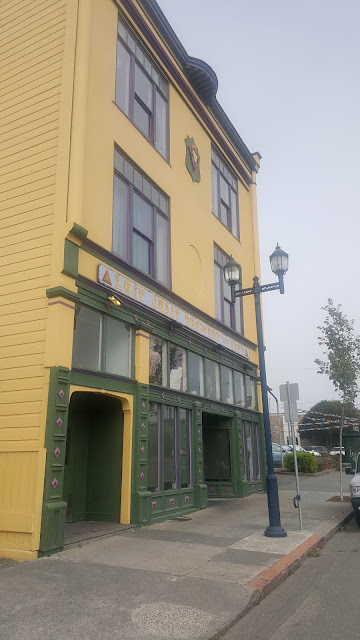 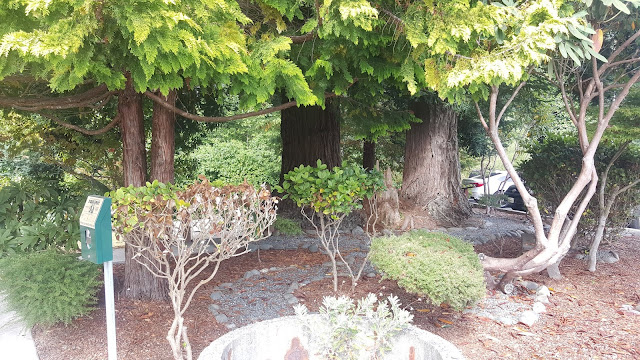 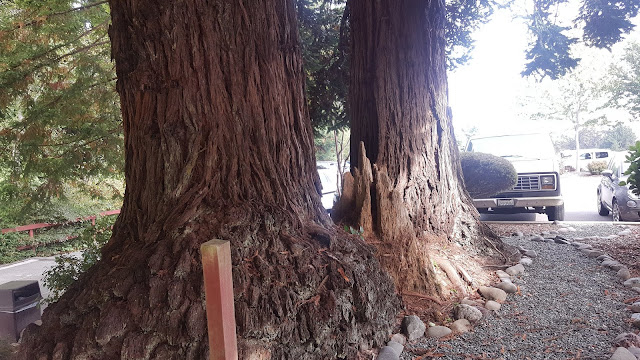 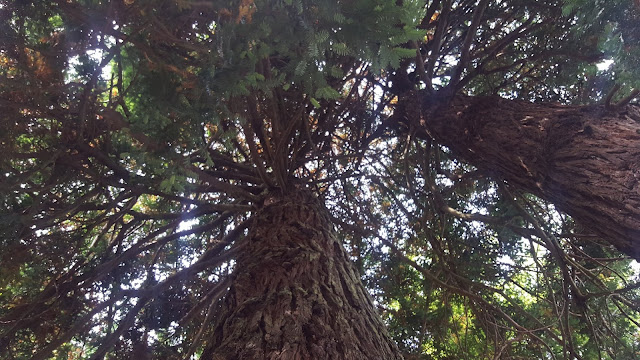 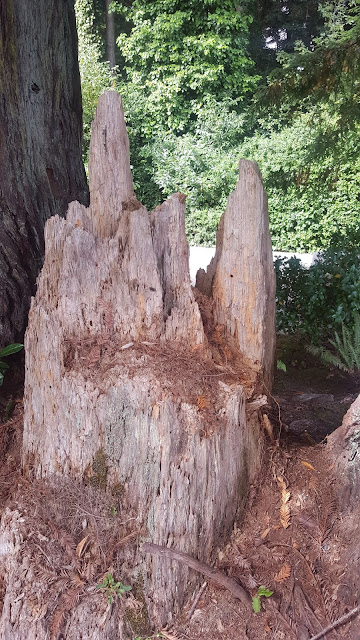 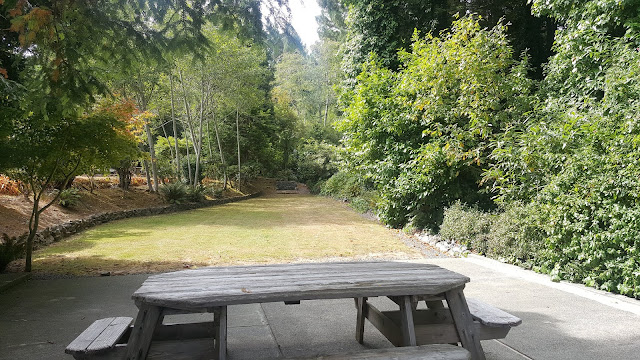 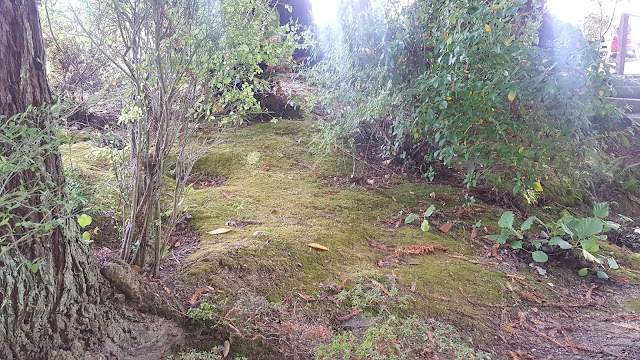 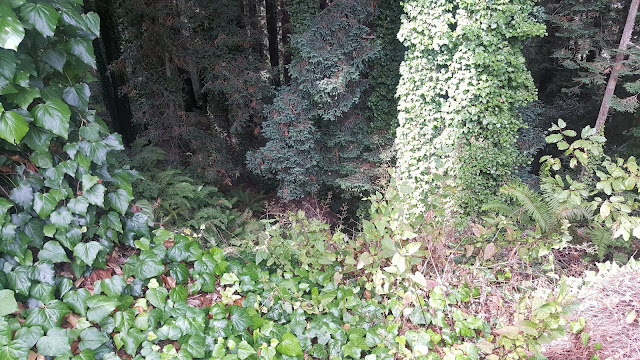 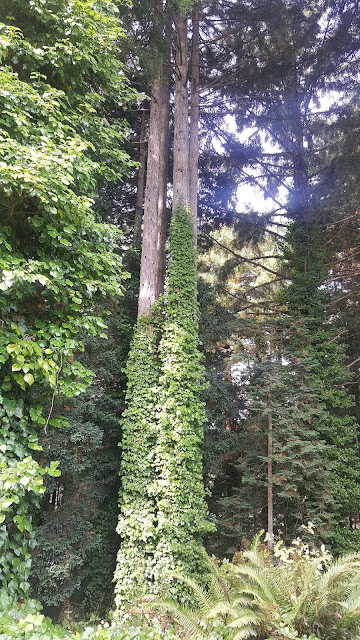 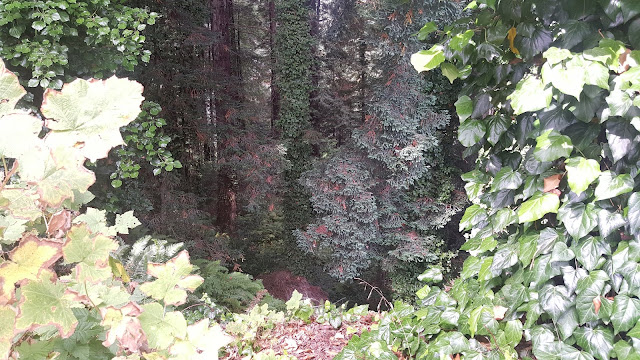 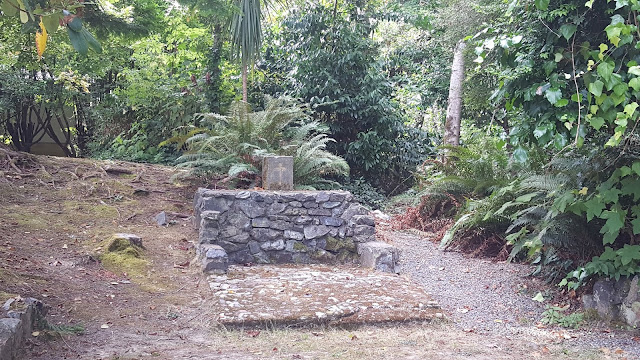 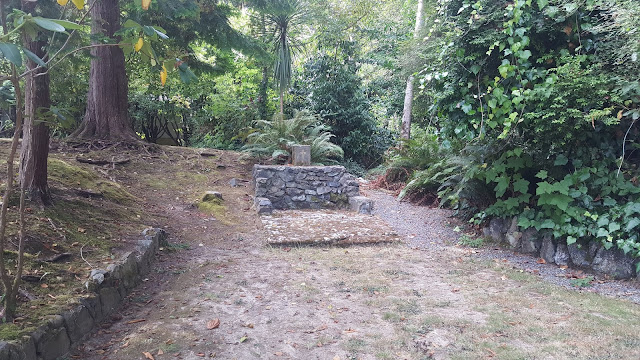 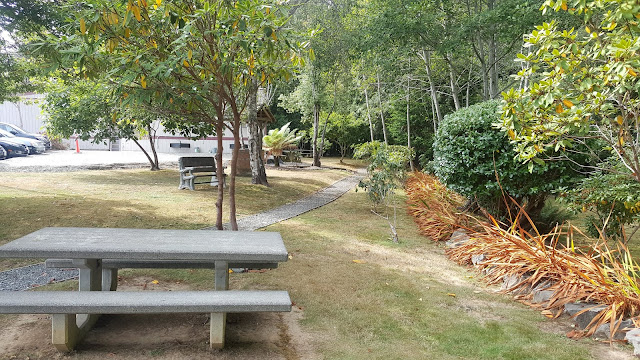 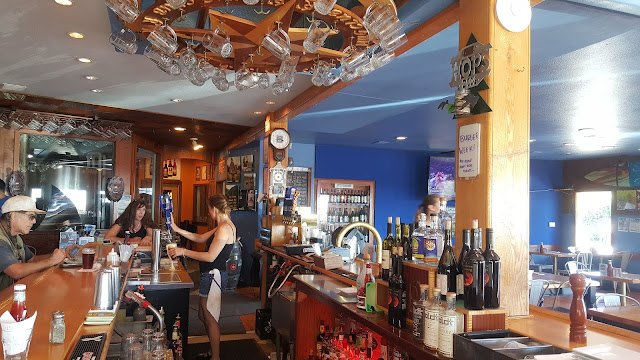 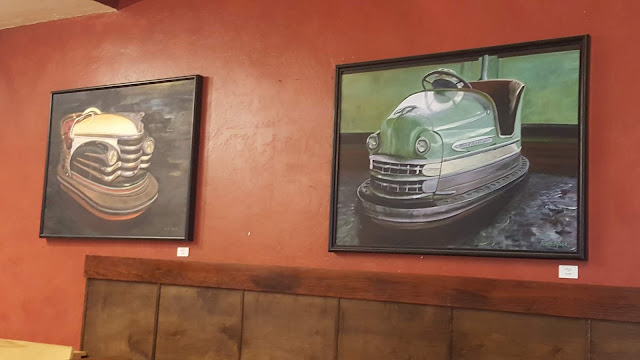 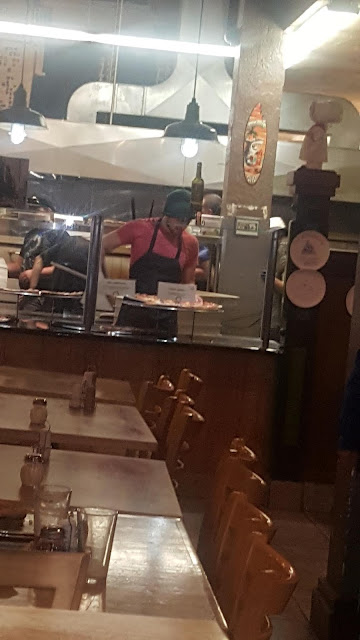