County seat and a town of historical significance, Morristown, NJ was named for Robert Morris.

Who Robert Morris was, is something every American should know.  Wikipedia says:

Robert Morris, Jr., a Founding Father of the United States, was a Liverpool-born American merchant who financed the American Revolution and signed the Declaration of Independence, the Articles of Confederation, and the United States Constitution.

This bustling downtown and surrounding area is an incredible mix of history, remembrance, and trendy modernism.  It has sites of major importance from the Revolution, large ornate churches, war memorials, and yet trendy shops and eateries.

Laurie had to work this particular Sunday, but suggested I drive her to work and look around the town with my camera.  I timed it so I’d be finished when she was getting out of work, so late afternoon, I parked on South Street, and began walking down the street NW towards a big park.  There are three major wonderfully constructed churches around the park.  The park itself, Morristown Green, was the site of the original courthouse and jail, and during the Revolution War days.

In the park are many sculptures. My favorite is the group of three life size gentlemen having a discussion.  The three men are General George Washington, Col. Alexander Hamilton being informed by the Marquis De Lafayette that the French were on their way to support the colonial Army.

After the park, I headed north, and there is a large building the houses a Century 21 department store.  The building was a Baptist Church and was used as a smallpox hospital during the encampment of 1777.  There is a burial ground next door where they laid the Continental Soldiers that died.

Across that street, there is a small park area where a statue of a man with a seeing eye dog stand.  Morris Frank and his dog, Buddy were founders of the modern dog guide movement.

From there, I walked down that street until the downtown area waned, turned southwest and then southwest back into town. I continued, lost in the sights and taking pictures. I found myself far to the south west of downtown, and turned again left.  I finally found myself walking by the hospital where Laurie works which I considered too far to conceive of walking there.  I walked past it, found myself in a residential area with great houses.  I didn’t know this area, but I knew which way I had to go, if the streets, highways, and train tracks would let me, to get back to the truck.  I came across the site of Washington’s Headquarters museum, The local train station, and even George and Martha’s a local restaurant.

During all of this, I came across a great little place called The Famished Frog with the Tavern, “Hops” next to it.  We later went there when she got off to talk to a man I met about local craft beers.

It was a long, hot day. I saw great things and got in a nearly 7 mile walk.  What fun it was. 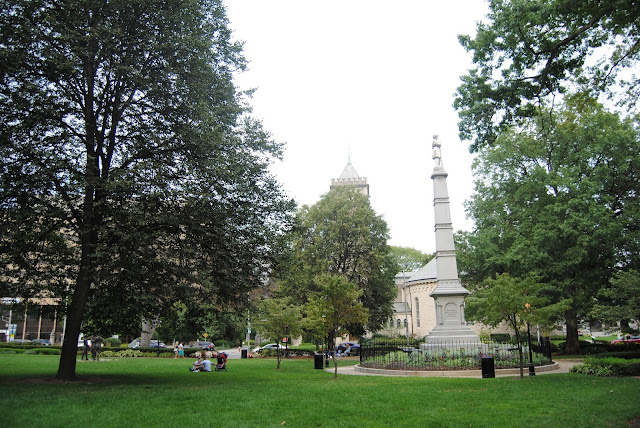 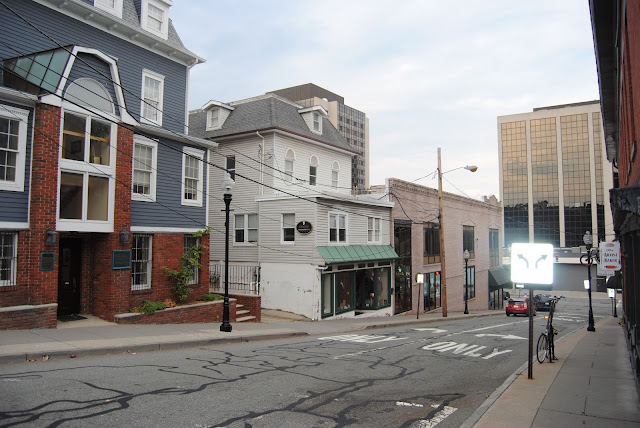 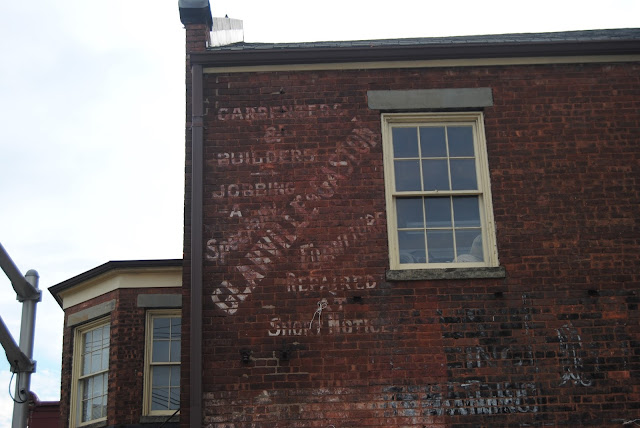 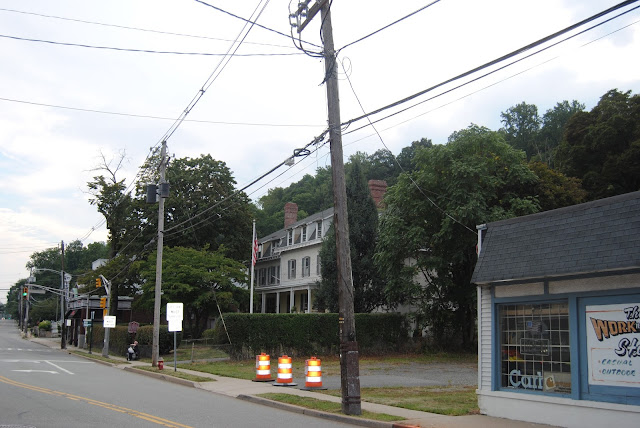 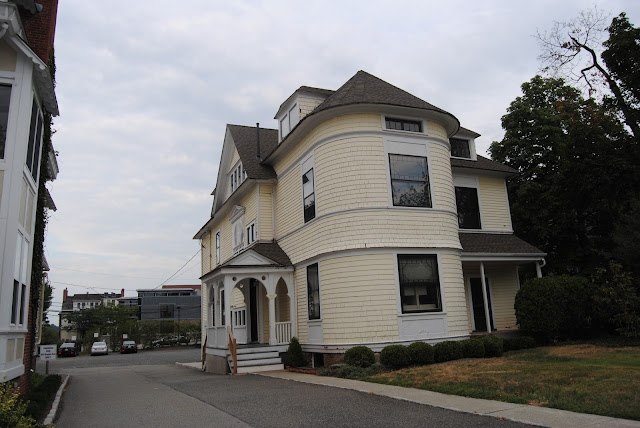 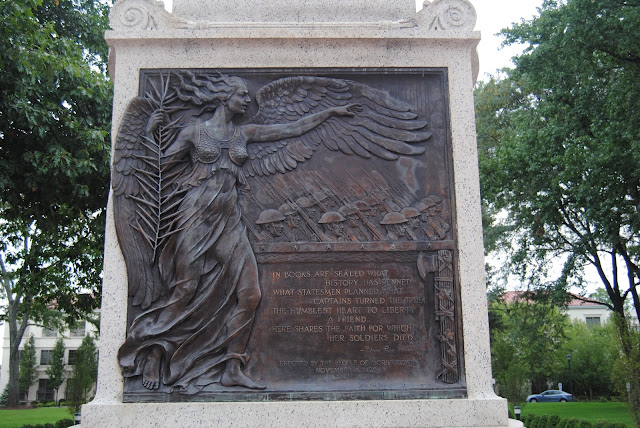 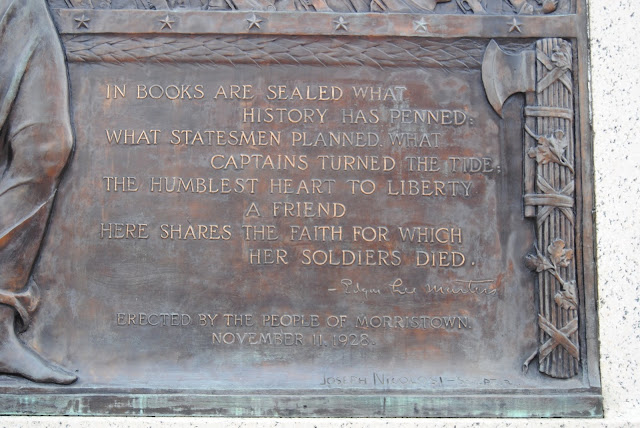 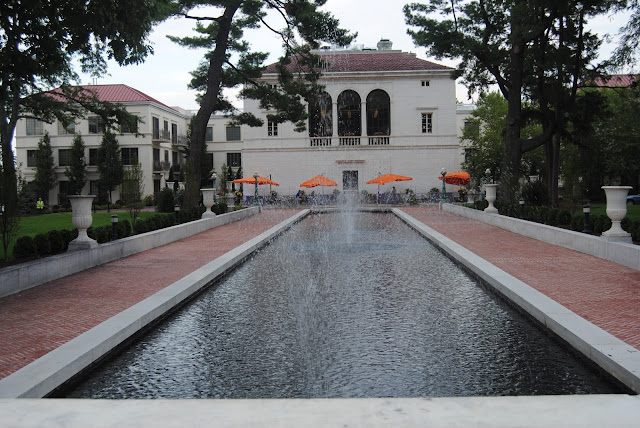 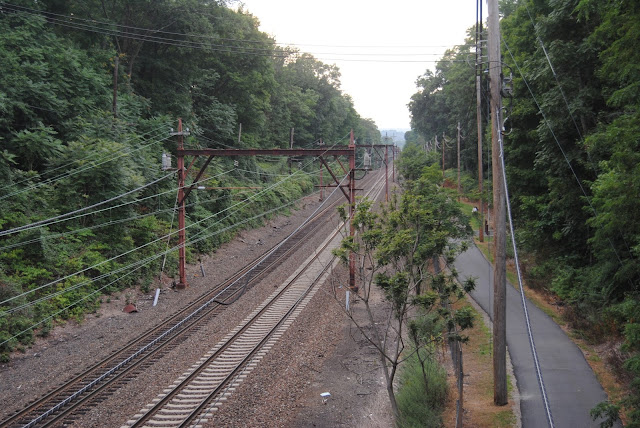 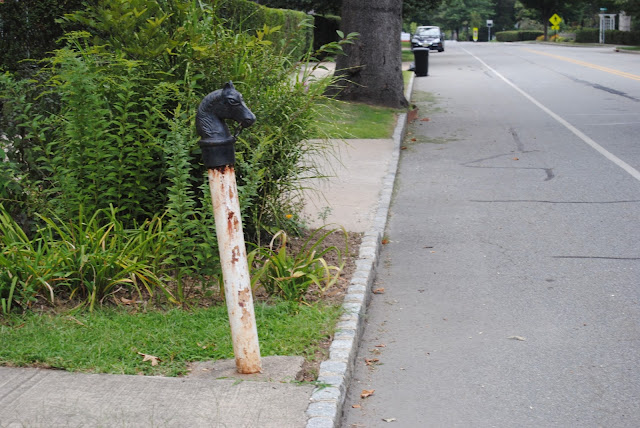 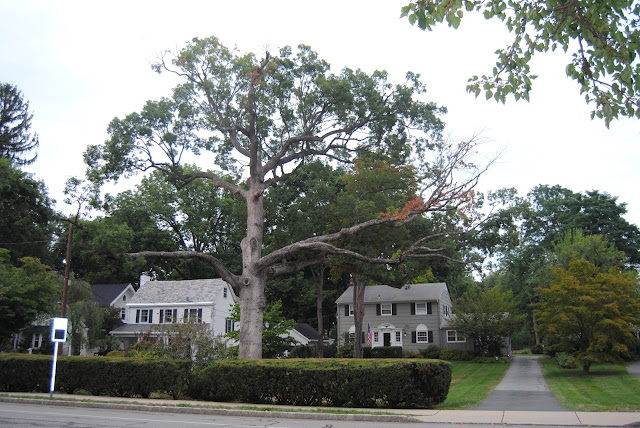 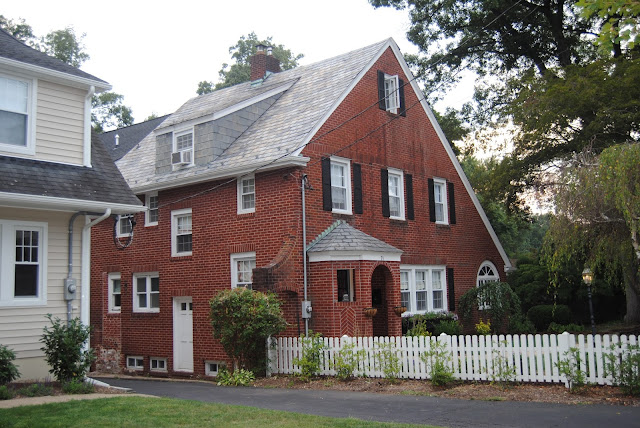 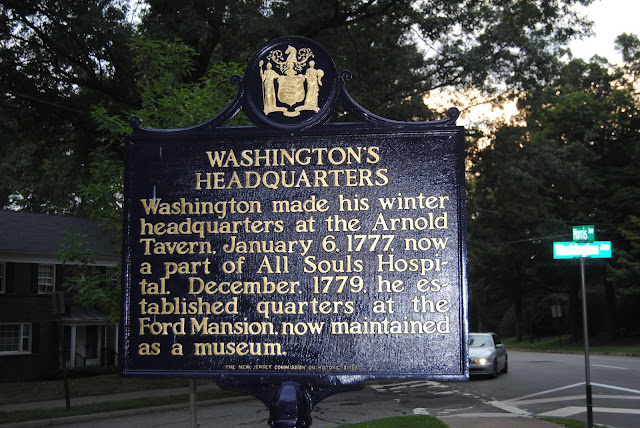 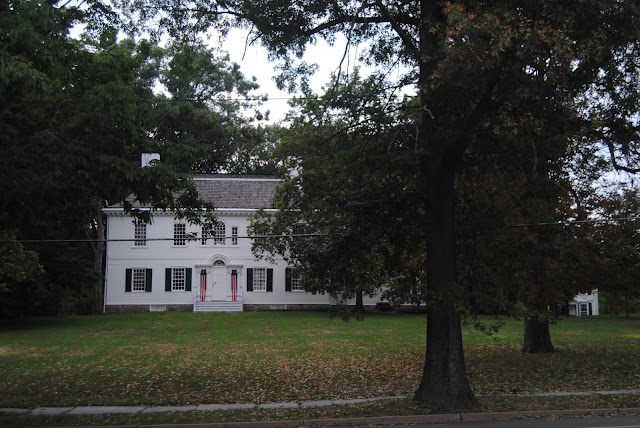 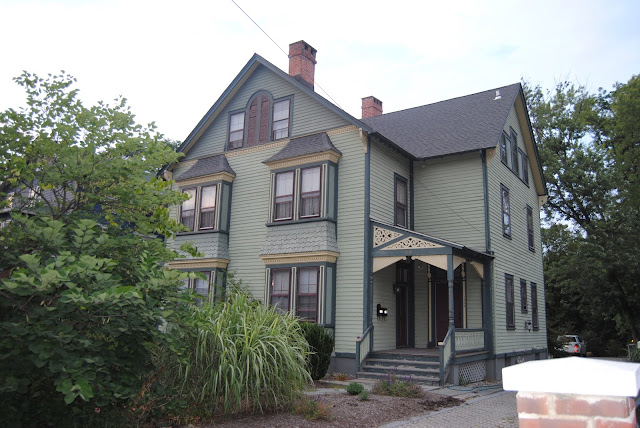 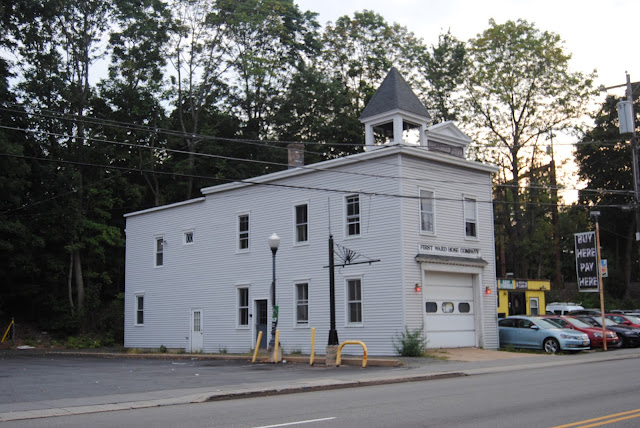 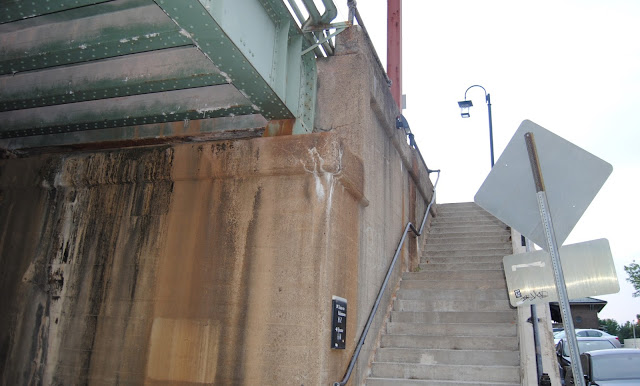 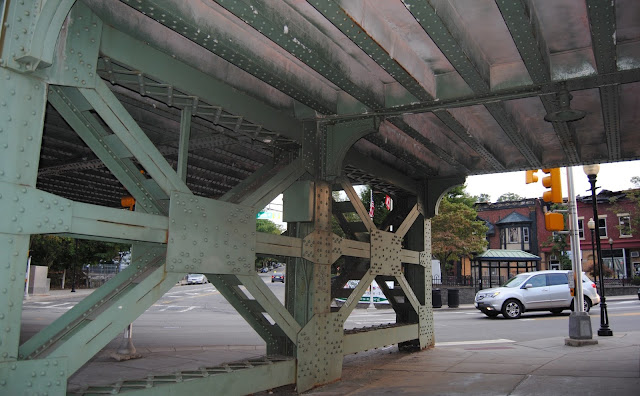 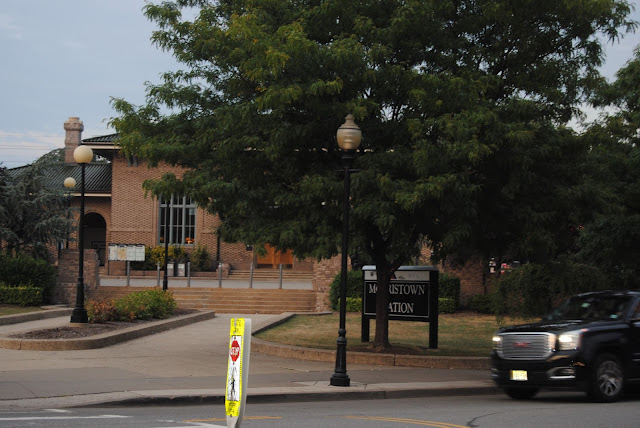 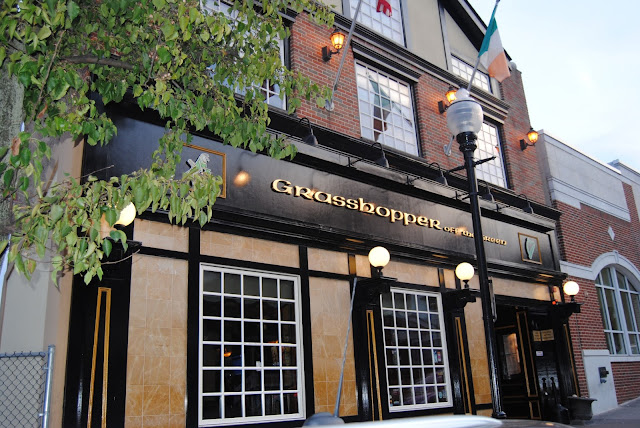 August 26th. We spent our day in the town of Chester.  In an area around the Black River, the town of Chester was founded.  The fast-moving streams fed many types of mills and later moved the town into foundries and forges.  It also had the benefits of large iron deposits, and developed many iron mines.  It's heyday was during the Civil war where it's production was in high demand.  Later, though, larger deposits of iron were found in Minnesota and the iron industry here waned.

Chester re-invented itself as a farming community as well as a get-away for people trying to get a reprieve from busy life in NYC.

We parked and walked around the town, quiet, and serene.  Quite a few visitors today as there was a farmer's market in town.  At the market, which wasn't very big, a live band played.  The band, "A Touch of Grey" was a Greatful Dead cover band.  There was a shuttle that took us to nearby Alstede Farms.  The farms has a large area, with attractions for the kids as well as fields where you can pick your own vegetables.  This area requires an admission fee. It would be a great place to bring the kids and let them have fun.

So much of New Jersey seems to always have the military service of our citizens in it's awareness.  Chester was no exceptions with it's military memorials and displays.  There is a cannon on the grounds which has it's manufacturing date of "1869" embossed on it.

We stopped in a the Publik House tavern and Inn.  Great service and wonderful period design throughout the building.  It had a carved and artfully crafted bar in the tavern. 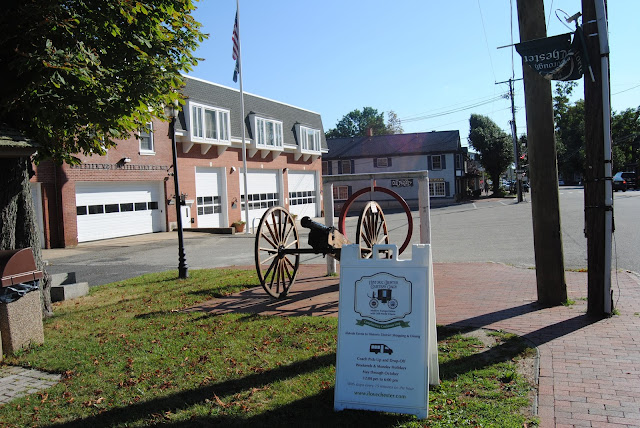 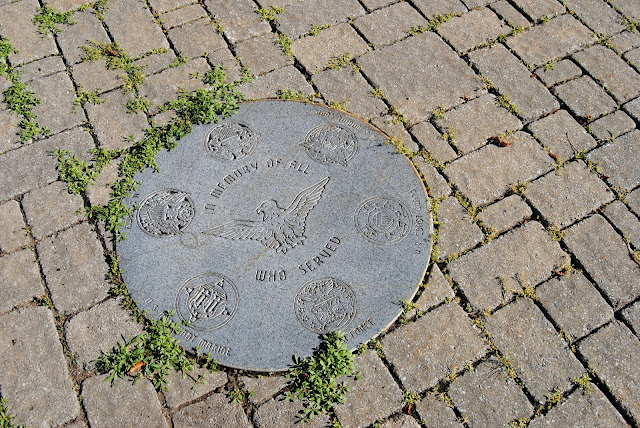 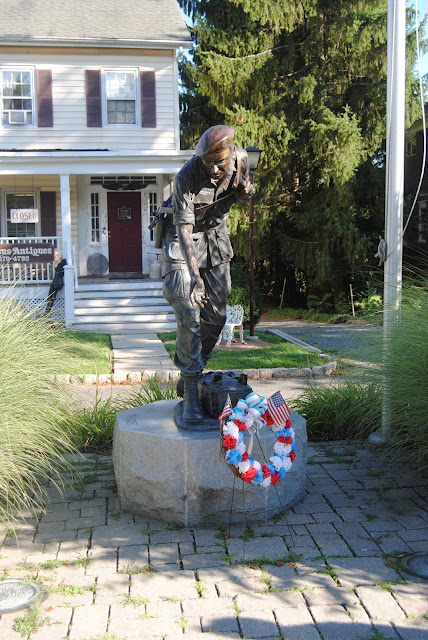 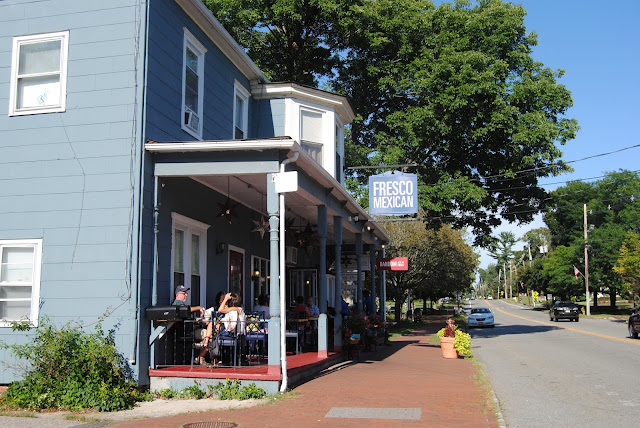 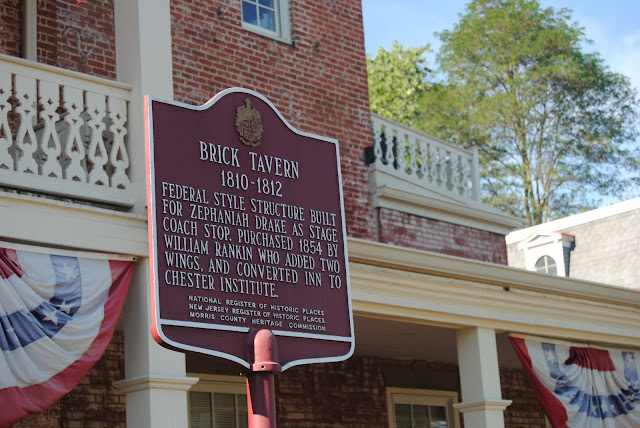 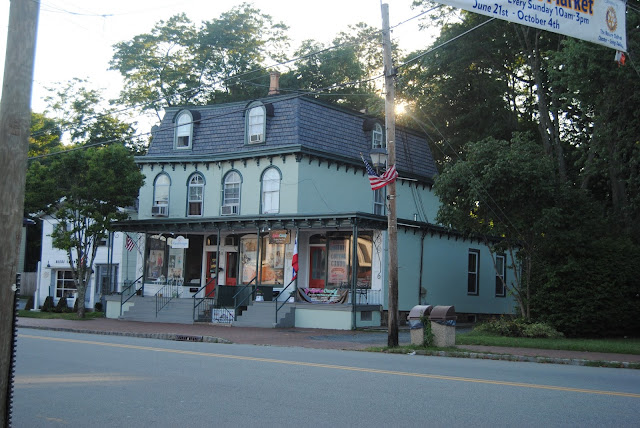 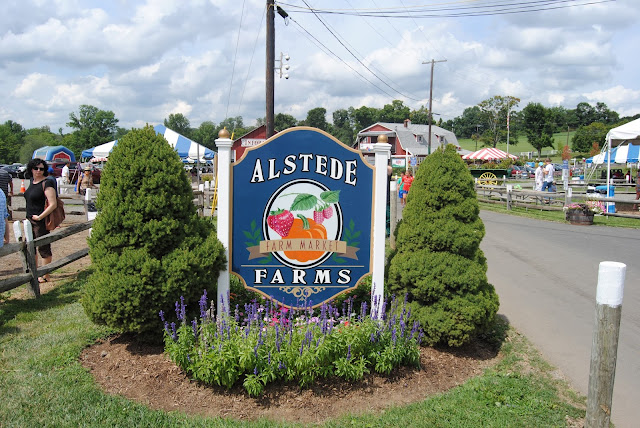 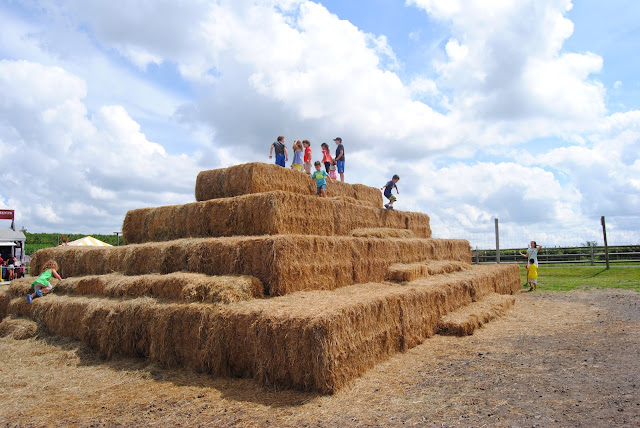