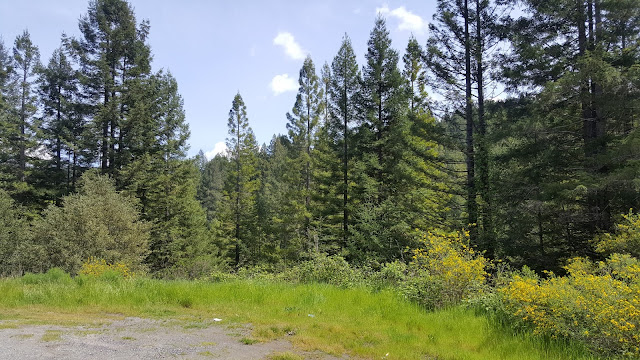 It was Tuesday morning.  We had stayed the night in an RV park which is converted out of the local fairgrounds.  Last night, we drove around the small town to see what was there.  Not much to speak of, we tried to find drink and food, but were ultimately disappointed until we found a small Italian restaurant with more atmosphere and good service than anyone else in town.  So, that morning, we picked up and hit the trail.

Having gotten into northern California, everything was pretty much about grapes.  Even as we rose up into mountainous forests, the grapes were grown everywhere.  For hours, it was winding and sometimes narrow parts of Hwy 101.  This was west of Shasta National Forest, and there were a lot of huge redwoods. Very pretty, but hard to drive pulling a big camper.  At one point, there was a wide spot in the road and there stood a shop that sold wooden carvings and trinkets, proudly proclaiming the legend of Bigfoot.  We stopped. The shop was in the township of Garberville some 8 miles up the road.

Our path took us towards the ocean, and we stopped for a break in Arcata, Ca on Arcata bay, just north of Eureka.  We found a craft brew place called Redwood Curtain.  They were okay, and after the break we headed on.

This took us up the coast but never far from the forest.  At one point, the road ran along the edge of a jutting peninsula combining, ocean, mountain, and trees.  We continued on until we reached Crescent City on the northern edge of the state.  We stopped at the 99RV Park.  on hwy 99.  That night, we found our way to Sea Quake which was very nice and had some great food and brew. 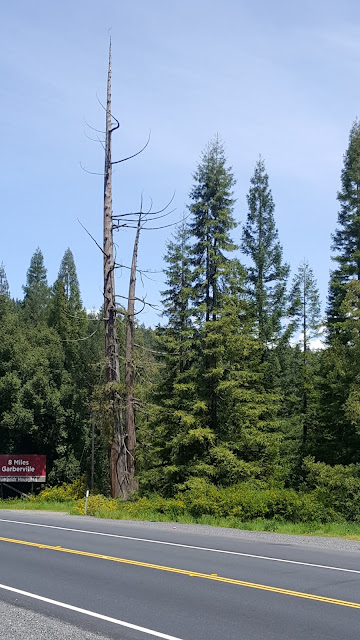 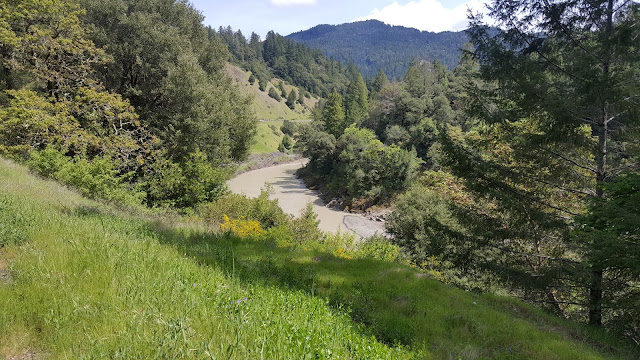 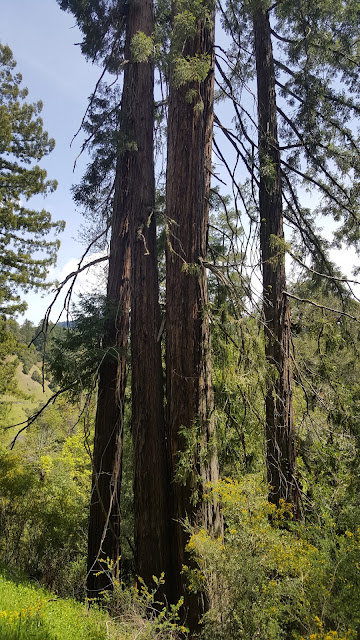 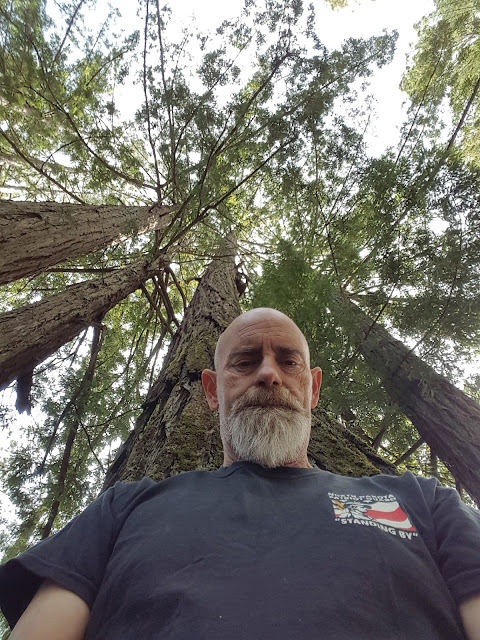 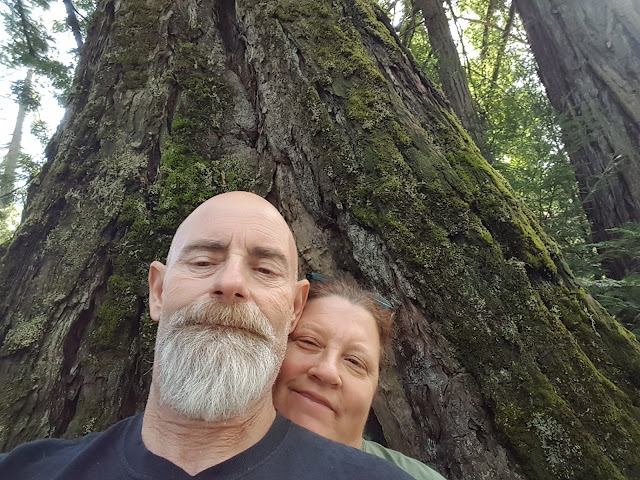 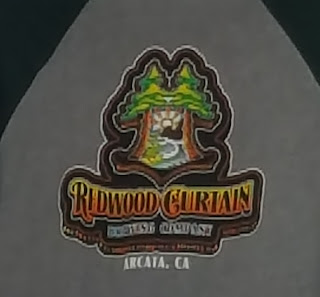 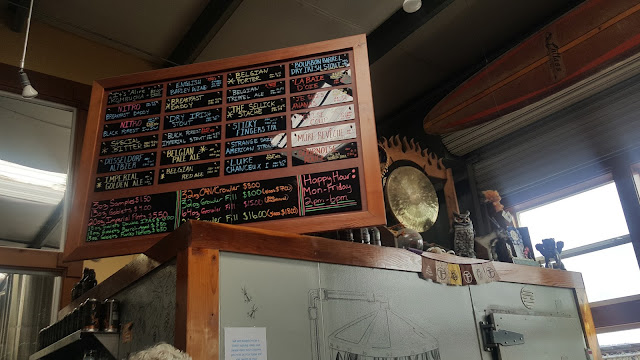 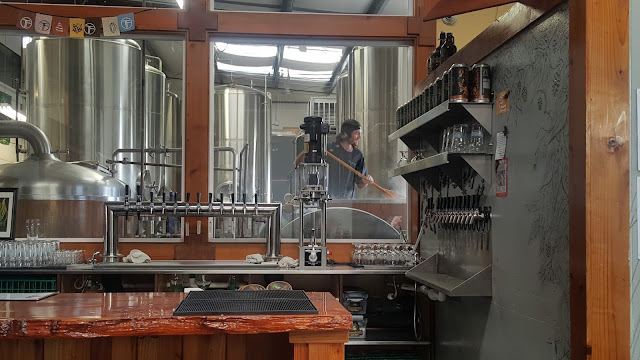