Finally it happened.  We got the house shut down, the truck loaded and hit the road.  First to Moorhead, MN to Eliza's house, then, after making sure she was all packed and ready to go, loading two kids in her car with her and Brett and two with us.  It was somewhere around midnight when we got started to California.  In less than two days, we traveled the 1800 plus miles to San Diego.  We ahd four drivers, so we didn't do too much stopping.  We tried to stop at each new state for pictures, but of course it was night a couple of times.  They had never driven to California and Brett has never been to San Diego.  Like I said, we made very few stops.  We did stop for an afternoon in Idaho Falls.  It has some cool things to see and we wanted to share it with them.  The kids were impressed with the Eagle Rock statue and were wowed by the falls themselves.

We planned on going through Arizona's Virgin River Gorge in the daytime, so they could see it and so they wouldn't have to drive it in the dark.  We stopped for the night in St. George, Utah so it would be morning as we made that part of the trip.  Then down through Nevada past Vegas and into the California desert.  Now comes a funny story.

Completely our fault, Laurie and I never thought about the presence of checkpoints coming into California.  These checkpoints are primarily to ensure vegetables with potentially dangerous insects and such are kept out.  So, It's late in the morning and we're passing through the desert outside Barstow when we came to the stoppage.  Our poor daughter panicked as she didn't really know where we were and thought it was a border crossing into Mexico.  Brett doesn't have a passport.  We had no idea what they were going through, but thought we'd surprise them and hit a small 60s style diner just off the road in a very rundown town.  When we got there, our daughter was very upset, and it took a while before we figured out why and finally calmed her down.  We all had shakes and malts.  Outside the diner was a little park(?) they had with large dinosaur statues and a pond with turtles, and fish.  It was really hot, but we looked around, took a couple of pictures and got on our way.

We finally got to Nana's, and Laurie and I had to go and get registered at the RV campground, and then go all the way out to Campo to retrieve our fifth wheel from where we stored it when we left in the spring.  We had a couple of setbacks, including one of the jackstands wouldn't retract right because a stupid screw had broken off.  Got it hooked up and then delivered into the spot and fixed the jack.  By then it was late, but we were all able to get showers and put to bed.

An insane (in my opinion) burn to California.  But the next two weeks would not be much easier.  Looking forward to Comic-Con, a wedding, a harbor cruise, a couple of days with the kiddies, and getting all of Laurie's preliminary things done so she can start work.

By the way, I've missed blogging and I'm glad to be back doing it. 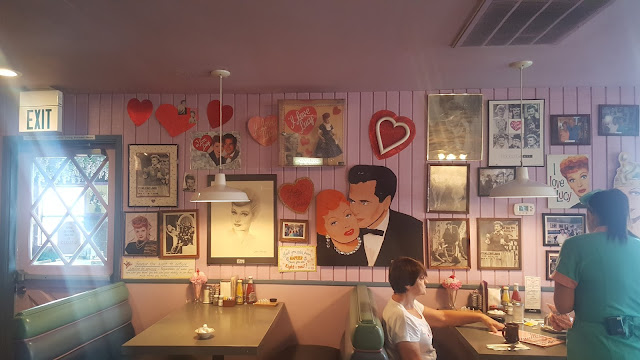 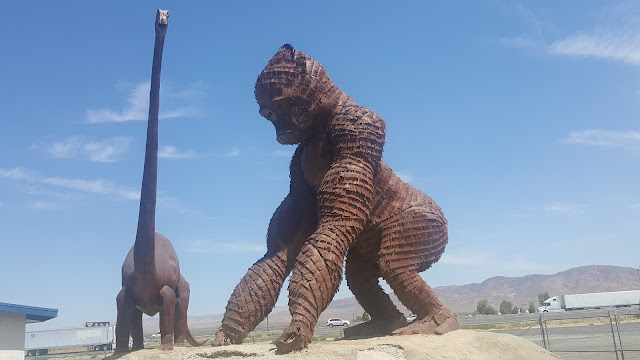 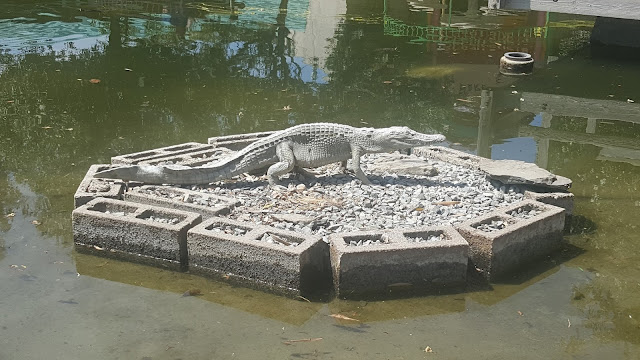 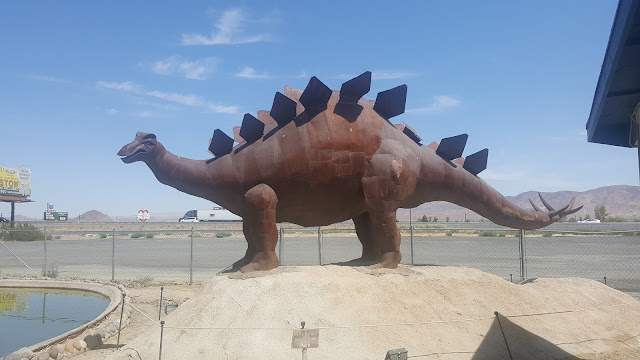 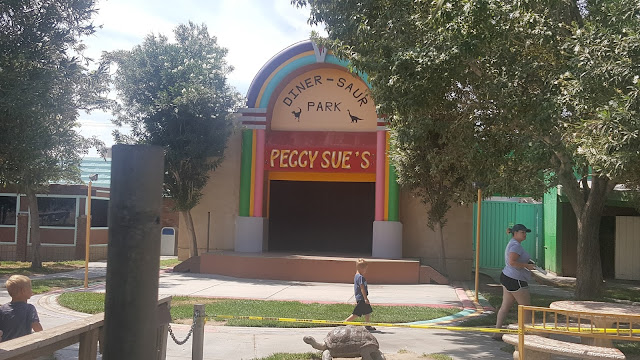