I was talking music with an old friend I haven't seen for a while.  He is a park ranger and he suggested I drive up to Escondido in North county to spend some time in his world.  Just northeast of the city proper, is a city owned piece of land covering many acres.  This land was originally squatted on and later owned outright by a British immigrant who was responsible for a lot of development and building of roads throughout San Diego County.  Later his property which included a large lake, was sold to the city of Escondido who has maintained it as a city park and nature preserve ever since.

Lake Dixon sits in a deep valley surrounded by scrub lands and Southern California forests.  It is a great spot for vacation camping and fishing.  At one end, is a spillway which provides water to a treatment plant creating a water source for the city of Escondido.

I drove on up. The day was sunny already and promised to be warm.  When my Garmin announced I had arrived, I was on a city street with houses on one side and trees on the other.  In reality, the lake was a ways away, but geographically just to my right.

The road rose a bit more and I turned around the corner and the land dropped below me with a large blue lake down the hill in the trees below.  Winding down past the entrance to the Daley Ranch, I passed through the main entrance.  Next, there was a small turn out where I figured I'd have to return to as the view of the lake from there was great. Down the road to the main center where the offices and ranger office were.  There, I met my friend Dan and we began the day.

We walked out one of the docks as Dan greeted the fishers and asked how they were doing.  I began taking pictures.  From there, I followed Dan up to a couple of different areas where people camp and enjoyed the spectacular views of the surrounding valleys.  We later drove up to the Daley Ranch itself. It is closed to cars for the most part, but being the Head Ranger, he let me up for the dollar tour.  A few old buildings and such.  The original log cabin stands still.  It has been upgraded to current resident codes, but still has all the original wood.  The cabin, it's larger than the word implies, can be rented out for weddings and such.  Outside, we talked to a couple of visitors on horses who asked Ranger Dan to snap their picture.

Later, we talked to one of his employees, and then walked down to the spillway area for the rest of the full tour.

We talked of the history and events of the area, what it was like working in such a confining job as his, We talked about our days as friends just out of two different high schools, what life had been like for us back then, where it had led us and where we were now.  We talked about music.  Then we had this conversation where I  brought up the Christian concept of Intelligent design in nature.  This is a concept that, as a believer who works in nature all day, is well aware of.  He told me of a friend who did not believe until one day in such a setting, was struck by the obvious truth of it.

I was not expecting to spend too much time up there that day, But, the time came for his shift change, and it was time for me to leave.  On my way out, I stopped at the spot up the road and took pictures.  There is a rough trail built into the hillside that leads down to a short sandy beach where you can fish from.

Here's a couple of links for more history of Daley Ranch.
http://daleyranch.org/explore/history/
http://www.escondido.org/history-of-daley-ranch.aspx 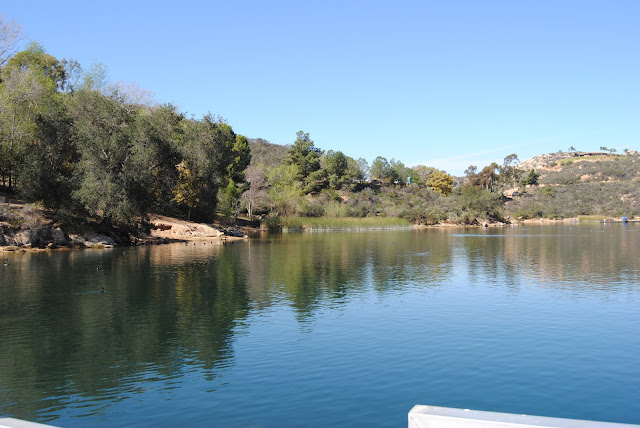 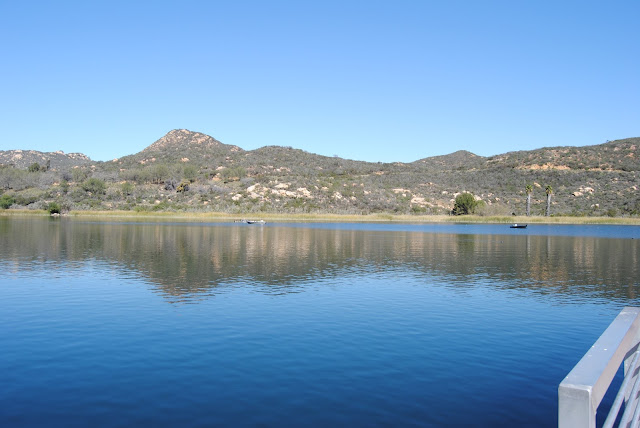 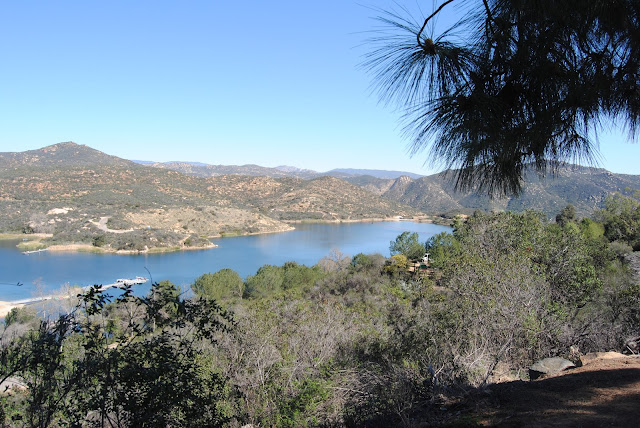 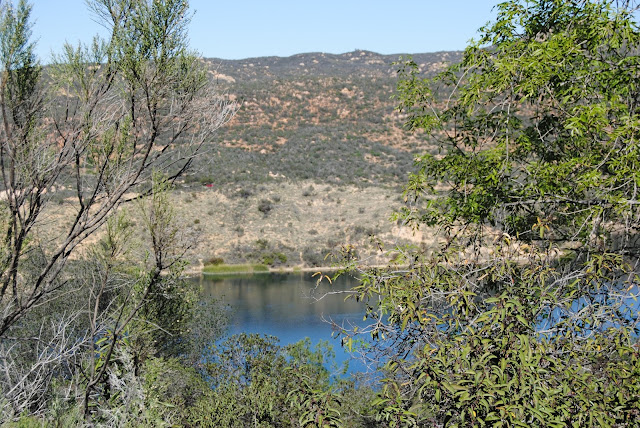 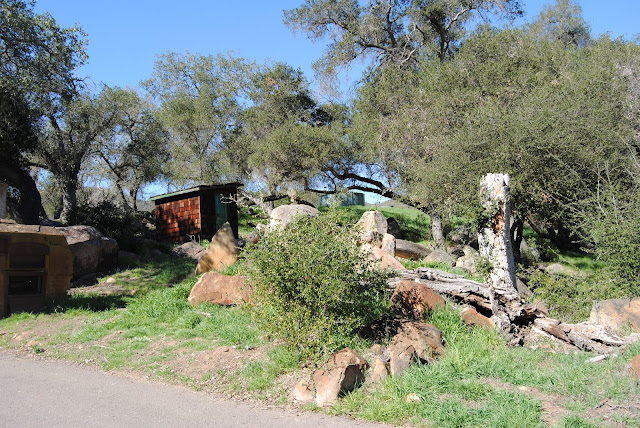 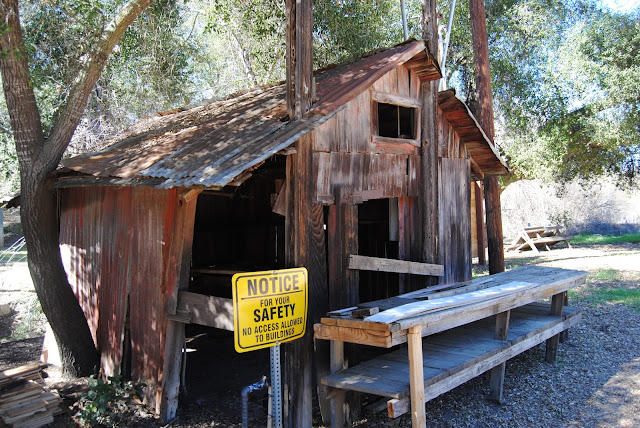 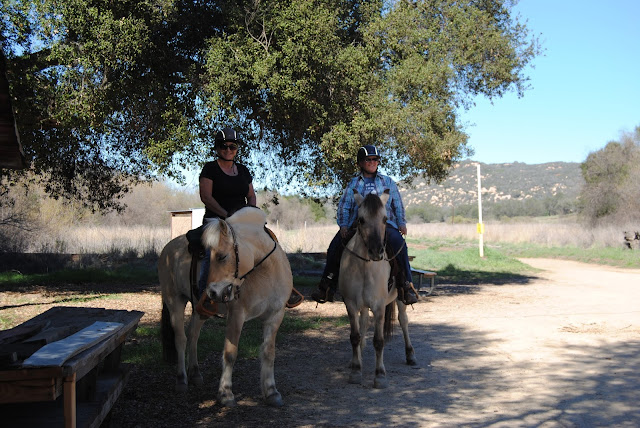 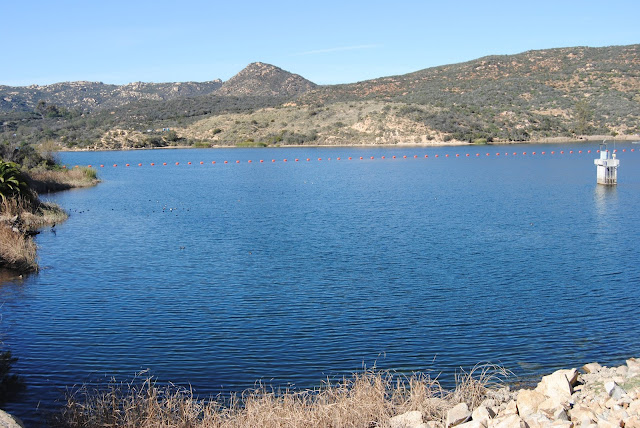 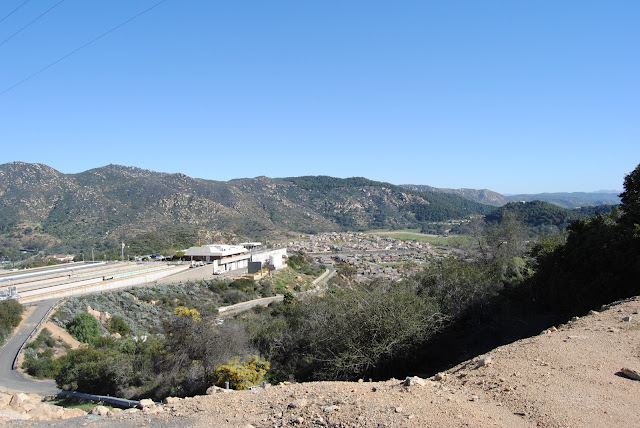 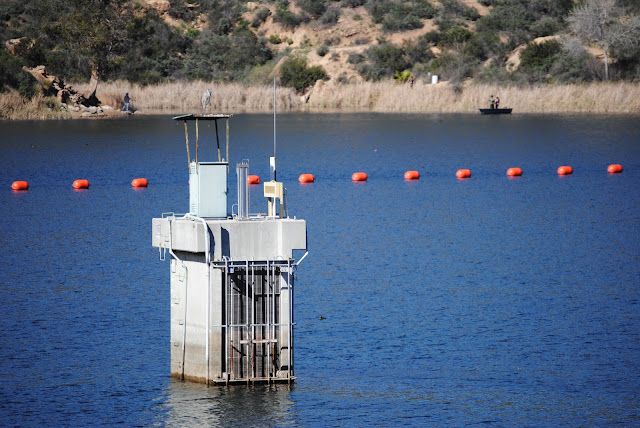 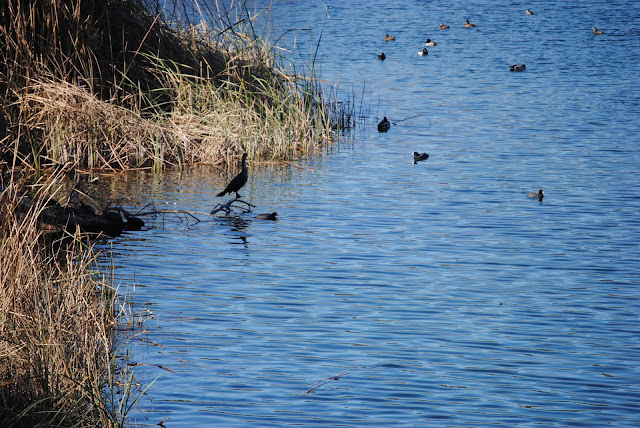 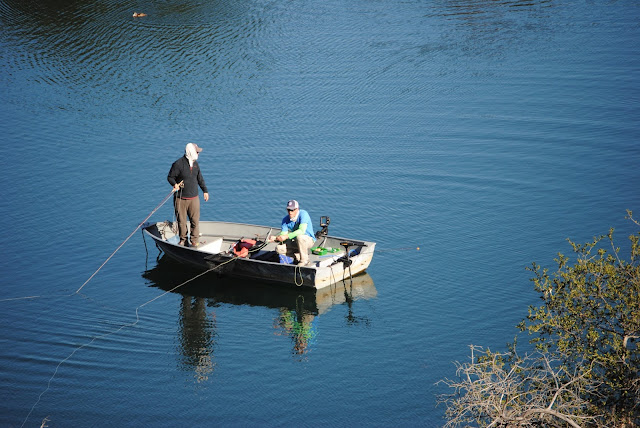 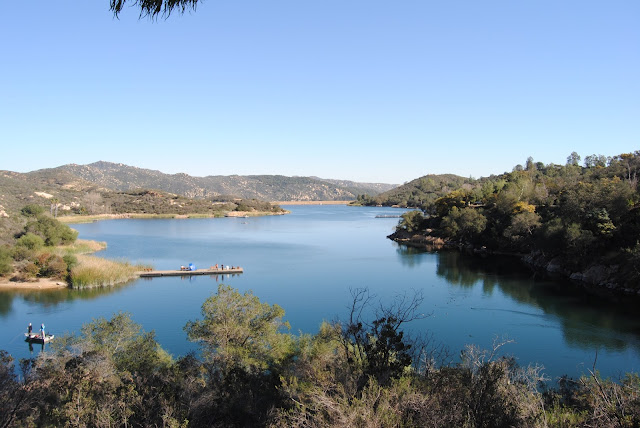 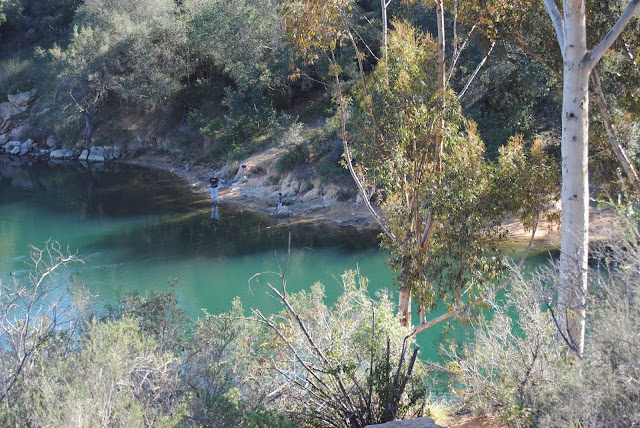