In Lake Erie, there are a good many islands.  One of the largest is Kelly's Island.  We had thought about staying in the campground there. Why here?  because when we planned the trip we figured how long we wanted to travel each day and how far that would take us.  The Sandusky area was about right for that leg. Laurie found a cool campground on this Kelly Island, so we thought we'd see about that.  Lucky for us, the first thing we found out was that it was full.  This is fortunate, because we also found out that the fee for the ferry to get our camper there was huge.  That's why we opted for Camp Sandusky.

Other than Kelly's island there is Rattlesnake (named because it looks like a snake in the distance) Island, Gibraltar Island and the three Bass islands, North, Middle, and South.  On South Bass Island is a town of about 138 people. Many people who work there commute daily from the mainland.

There are two ferries that serve the islands.  One regular ferry leaves port at the northern tip of Catawba Island and lands on the south shore of South Bass Island leaving you to walk a mile of so to the town.  We took the Jet Express out of Port Clinton. It's a much faster ferry boat, but it travels a much longer distance and arrives right at Put-In-Bay.  The port is right next to the Port Clinton drawbridge over the Porter River.

The morning was a little hazy and cool, but we knew it was going to get warm if not stay dry.  On landing, we walked to the to the main street and had breakfast.  Then we took the tram that tells you all about the island and town before sampling some of the great things to see.

There's a great park in the center of town and lots of vintage buildings.  There is a bar which is in the Guinness book of records as having the longest continuous bar. The Doller Hotel and the Doller House, belonging to a pioneer who helped develop the island.  The house is home to what was a local winery.  At one time most of the island was mostly grape vineyards.  The Heineman winery boasts the world's largest geode the touring of, supported the winery during prohibition It's actually large enough to put 30 people in at once.  You get to go into it before the Winery tour which is just a tour of the machines and such that they use and a talk about the winery.

Another thing we saw was Perry's Cave. Named for the Admiral of the War of 1812.  The center has a tour of the cave, a miniature golf course, a butterfly house, an antique auto museum, a maze for the kids and various activities. We spent a lot of time there.  The cave was okay and rich with history. The butterflies were amazing.

The island has two areas joined by a strip of land.  In the middle of that is the Perry's Victory & International Peace Memorial.  A tower that stands 352 feet.  It was later when we made our way there.  The center was closed, but we were just in time to go up the tower which would have been great.  Would have been, except a storm was coming in and they were expecting lightning (which we got) so had closed the tower.  we walked back to the town proper which wasn't too far. Stopped at an Italian restaurant which did not impress us and continued to main street when the sky opened up fully and drenched the entire town and us for quite a bit.  We sought shelter and great pizza in a tavern soaked and in great spirits.

During the War of 1812, Admiral Perry was charged with defending the Lake Erie border.  In an historic battle, outmatched, He defeated the British ships and won a decisive battle of the War.  His flagship was sunk during the war and he transferred his flag to The Niagara. The third reconstruction of the Niagara has a five year assignment in Put-In-Bay harbor.

Tired and starting to dry out, we headed back across the lake to Port Clinton.  A great day and really a lot of fun.

The next day, we would be heading east, our Ohio adventure finished. 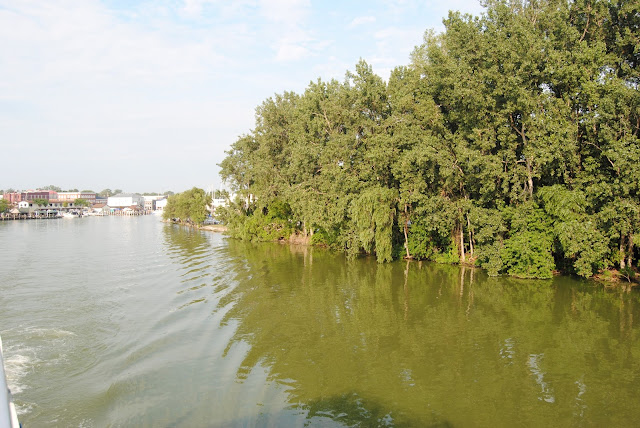 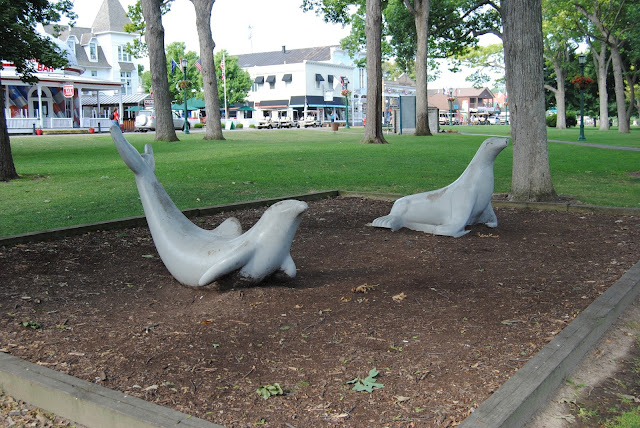 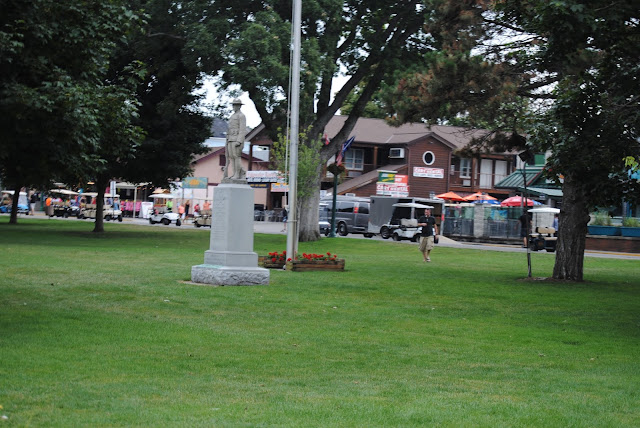 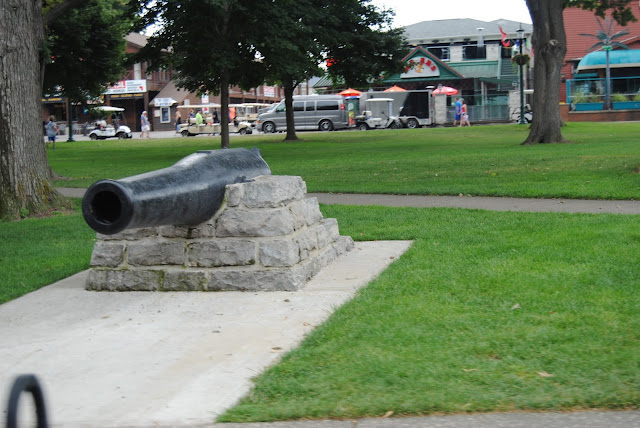 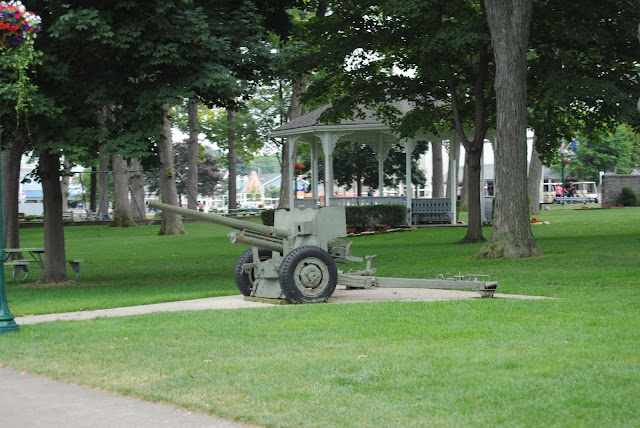 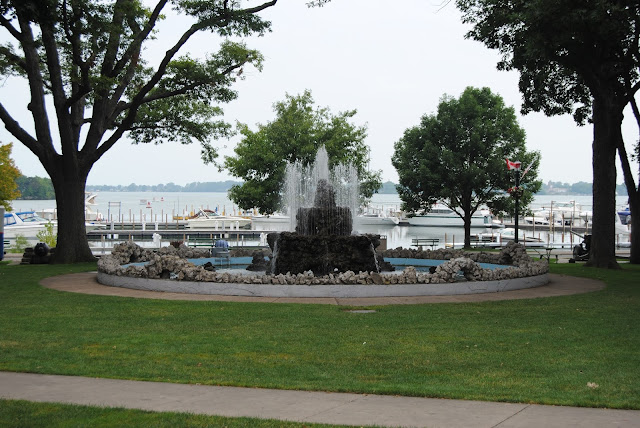 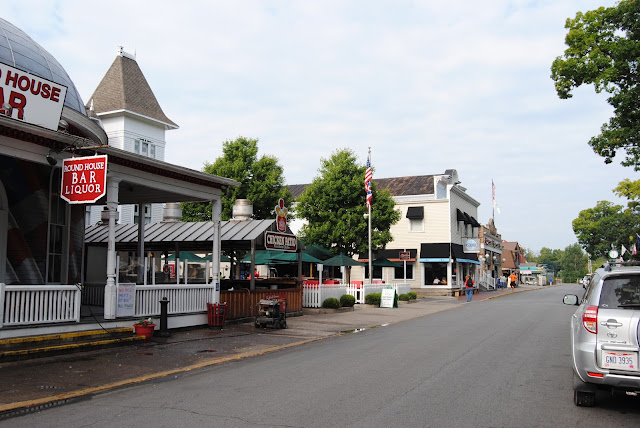 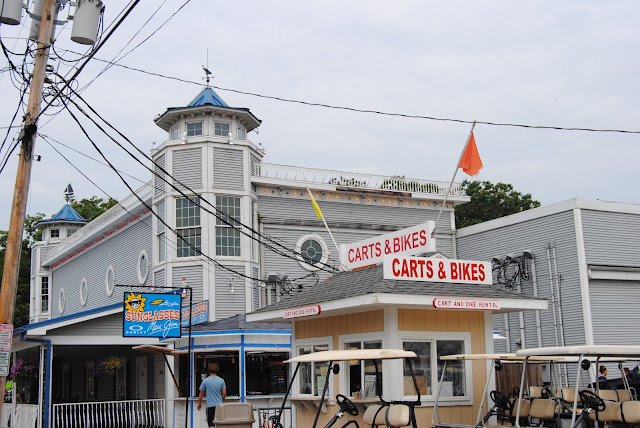 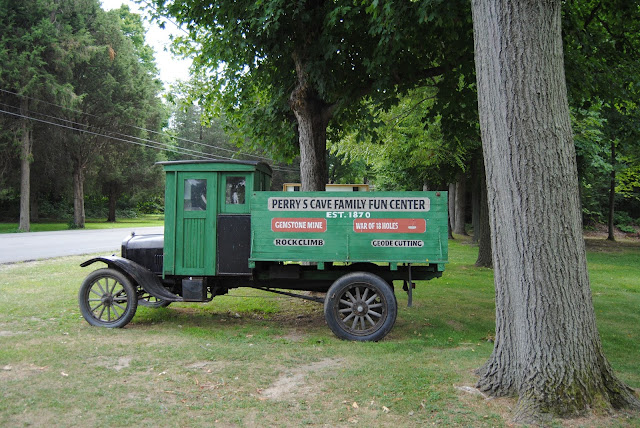 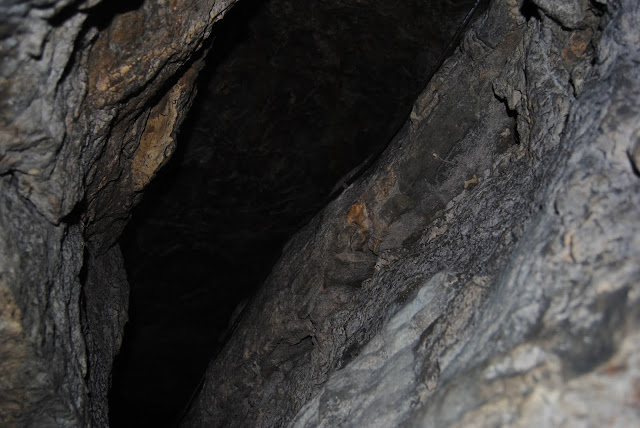 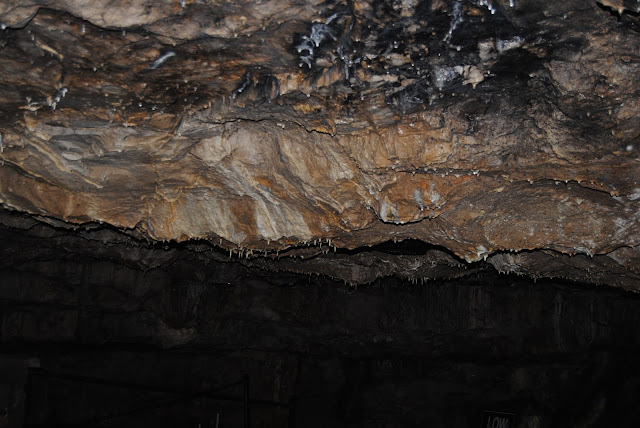 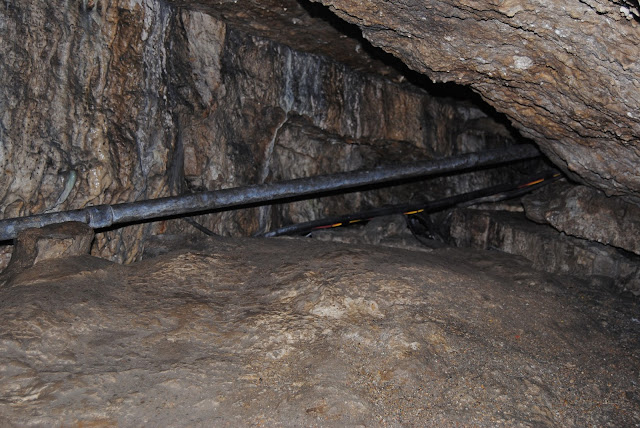 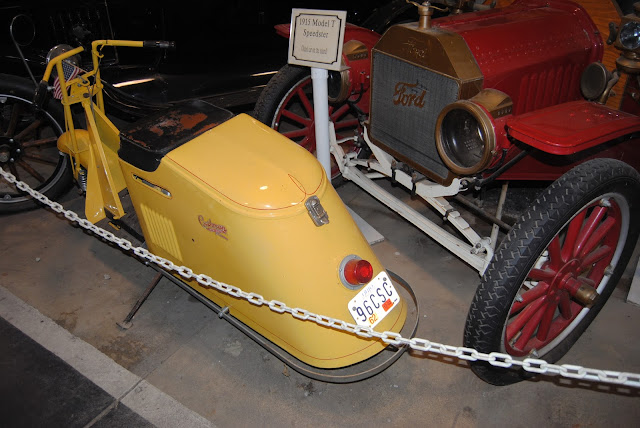 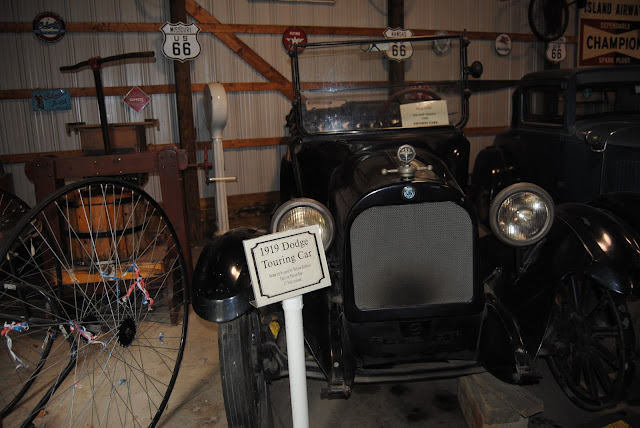 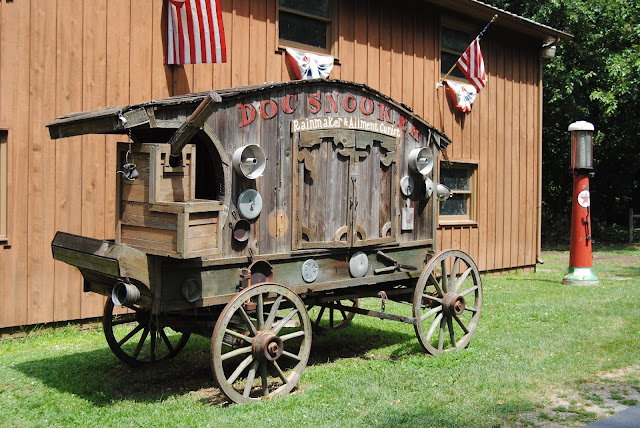 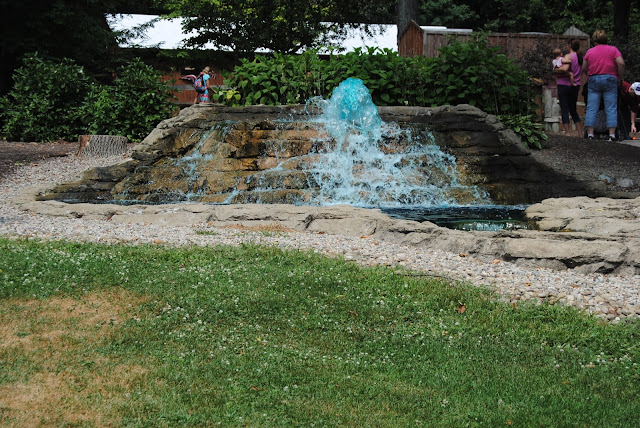 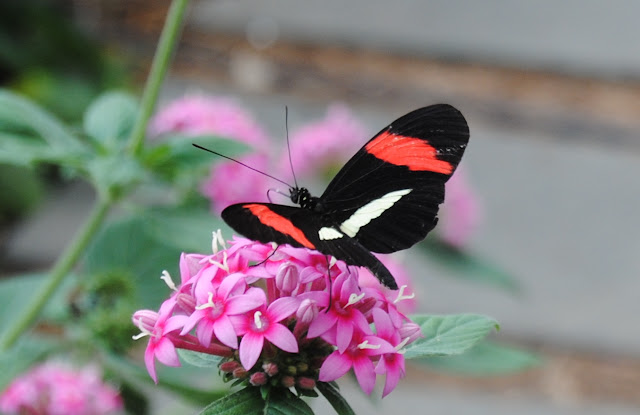 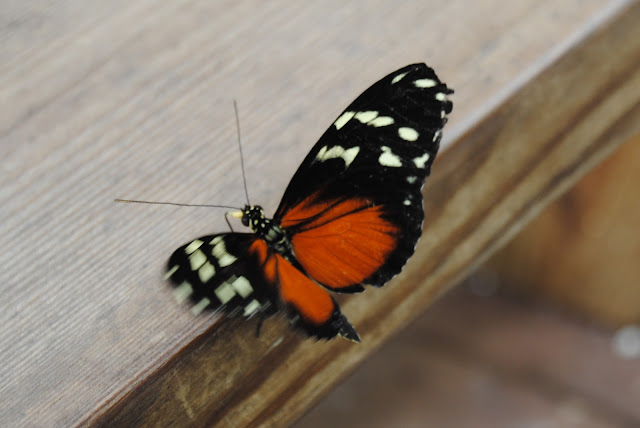 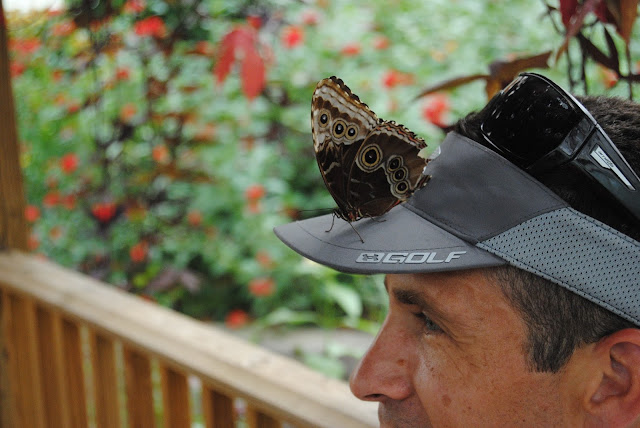 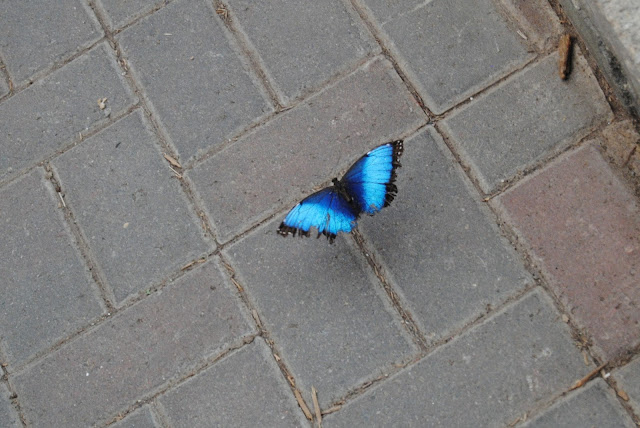 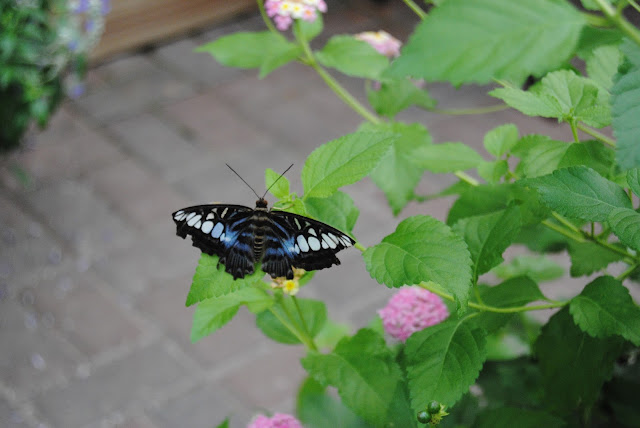 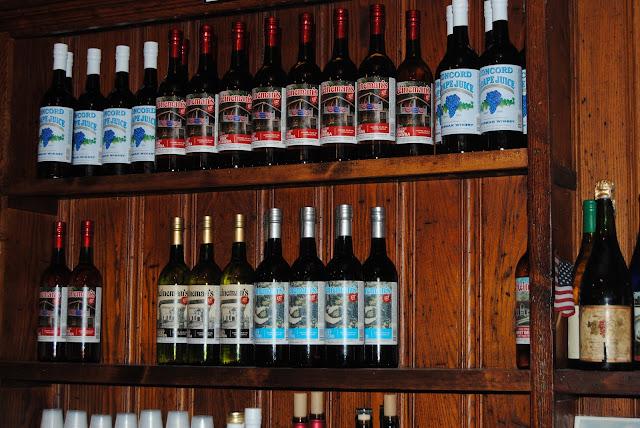 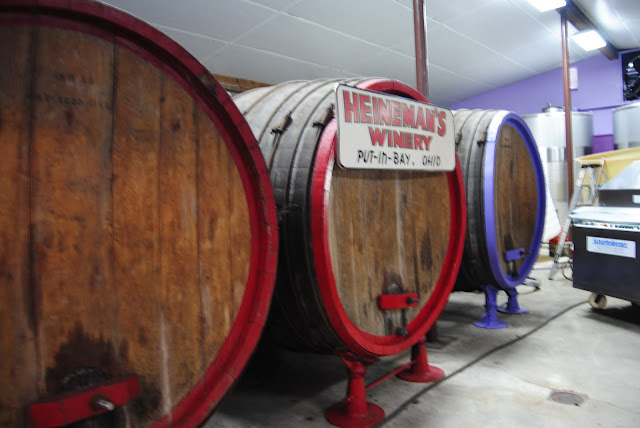 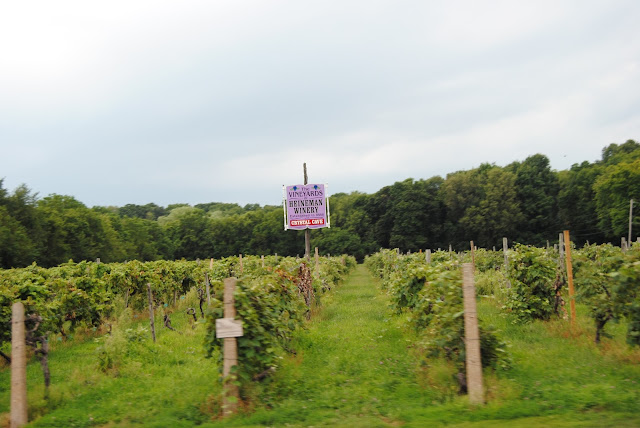