July 25th - We take the kiddies to the park 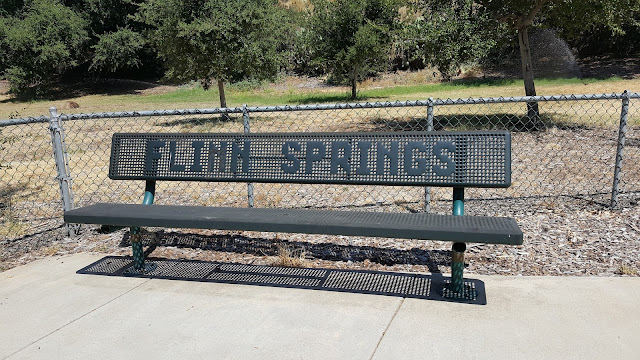 The area we live in is called Flinn Springs. Named for William Flinn who bought the land in the 1880s.  Originally from Kentucky, William and his wife are buried in a small family cemetery in the area.  Flinn Springs is nestled in a small valley east of El Cajon and south of Lakeside, Ca.  Olde highway 80 is the main road through the valley.  There is a small county park here, and we spent some time this afternoon there with the kiddies.

They played on the jungle gym, and the swings, and also played on some large rocks until I took them one at a time and put the in the crook of a big tree for pictures.  It was warm, but they had fun.  Kids don't care. 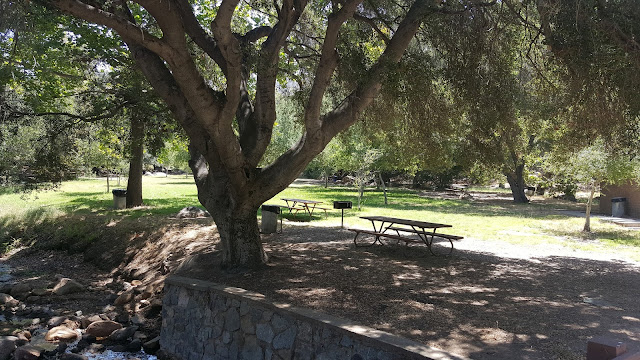 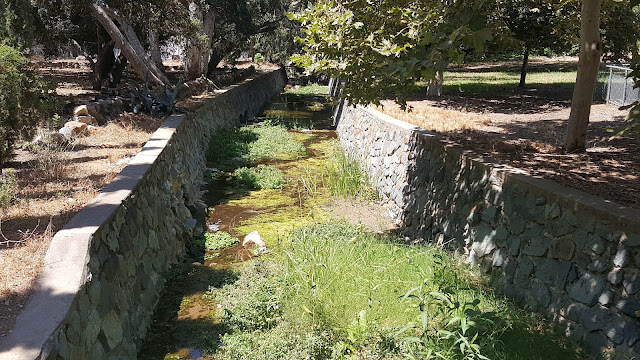 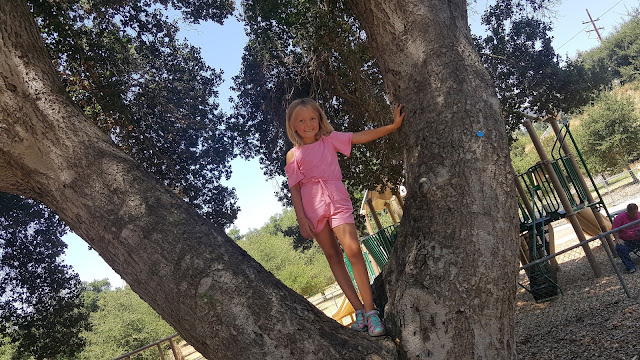 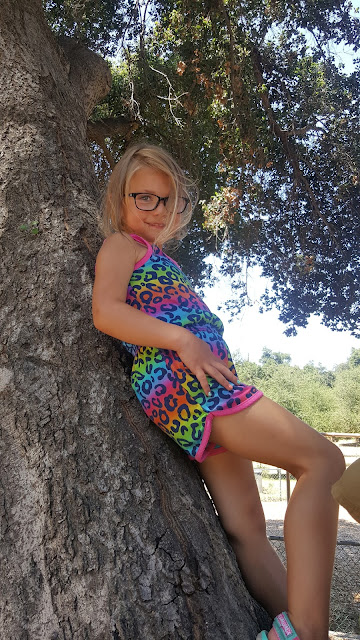 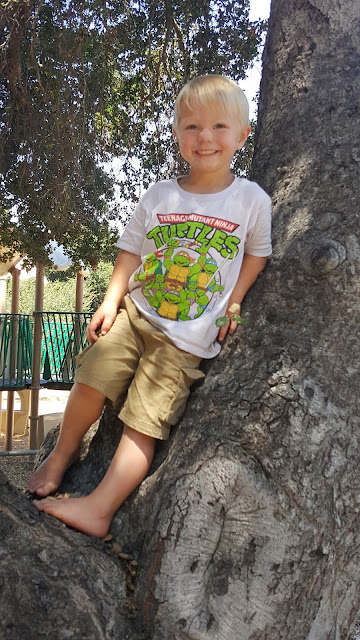 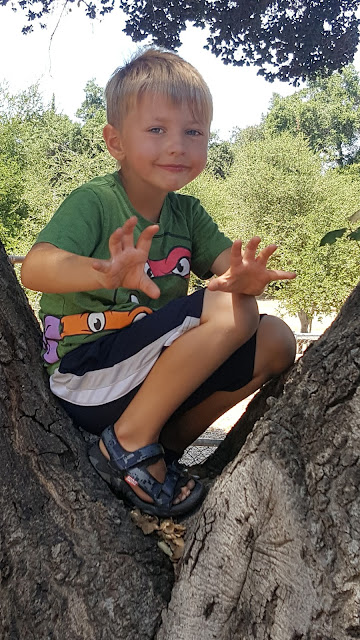