October 31st. A history lesson. Trains, canals, cemeteries, and Lake Musconetcong. Or, how I spent Halloween in a cemetery.

She was working and I needed exercise.  I took my camera and headed to the town of Netcong. A little bit of geography, then some history woven through my rant.  What's amazing, is I'm in a small area, with small towns nearby.  The sort of thing that might seem very insignificant historically.  Yet, there is great history as this area has been a hub connecting the east coast of NJ and NY with resources and transportation from Pennsylvania.  It all has gone through here.

Geography. Right. The Fla-Net Campground where we are is in the middle of everything else.  We are located on International Drive between hwys 46 and 206, just off I-80.  International Drive leads to the International Trade Center, founded by the Rockerfeller Group as part of the foreign trade center.  To our north is the town on Netcong named for Lake Musconetcong which is there.  To our south quite a bit is the town of Flanders.  Technically, we are in Flanders, but downtown Netcong is a quarter of the distance from us as Flanders.  So we are Fla-Net and on Flanders-Netcong Road.

Netcong was incorporated in the 1890s.  Originally, the Morris Canal went through this area earlier in the 1830s to bring coal across the NJ foothills to the east coast from Pennsylvania.  The canal was abandoned as late as the 1930s.  It's demise was brought on by the Morris-Essex line railroad of the 1850s.  Much quieter now, Netcong is still a major station on the NJ Amtrak line.

The Canal used a series of inclined planes rather than locks.  I don't fully understand it all, but I had come across signs talking about the system and had to look it up.  The town of Netcong had at one time, many factories or mills and the remnants are still around of the legacy of trains, canals, and factories.  This was what brought me to take that trip with my camera.

I started out walking through our campground as the road I needed to take was on the other end of the place from our site.  I took a few pics of our park as we'll probably not be back.  Down a winding road surrounded by trees, across hwy 46 to the back streets leading to Netcong.  I had locations for three geocaches in the area, but after spending some time in the woods I gave up on one of them.  I arrived at the lake. It's one of the largest in New Jersey.  There is a building that is actually a lock that regulates the water flow here. In the lake there were lots of ducks and apparently, muskrats in the rocks around the lock.  The game dept. stocks the river and lake with fish. The second cache was near the lake itself but I realized it was around the shore from where I was and I wasn't interested in walking that far as I was already going to be walking enough.

So I'm walking down this street, and I turn a corner around some tall bushes. Right there, is a 7 foot carved grizzly.  Yes, I jumped.

I left town a different way than I had arrived which brought me through town and past the railroad station where there was an easily found cache.  Eventually, I had walked back almost to the campground, but Laurie had shown me an old cemetery down our road the other way, so I walked there and explored it.  A very small cemetery very old and in disrepair.  The sign says St. Micheal's Cemetery.  St. Michael's is the Catholic church in Netcong.  It was moving being in this cemetery looking at names and feeling the history.  In preparation for writing this, I looked up many things but had a hard time finding much on the cemetery. 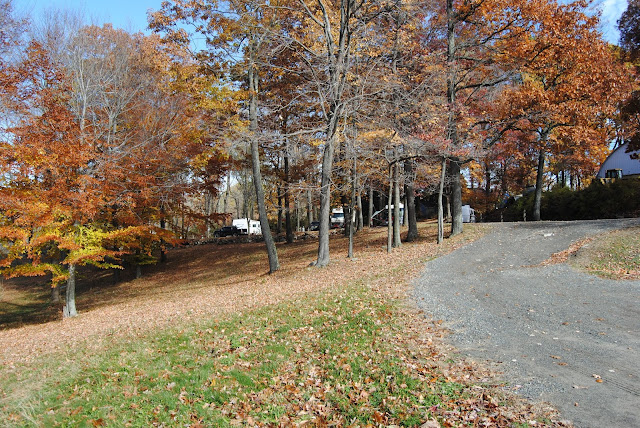 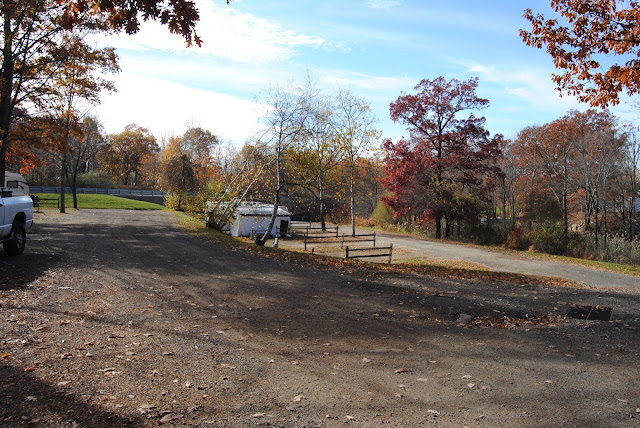 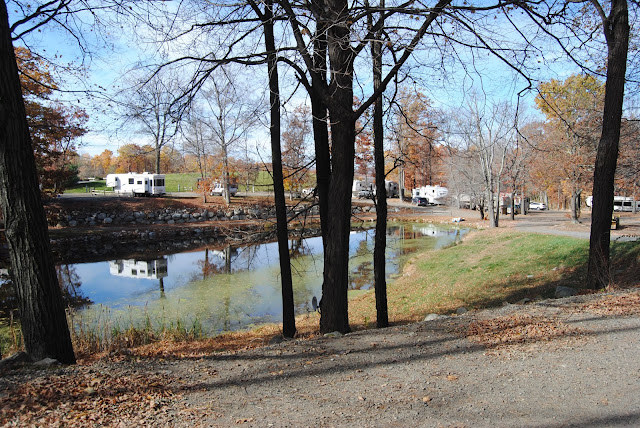 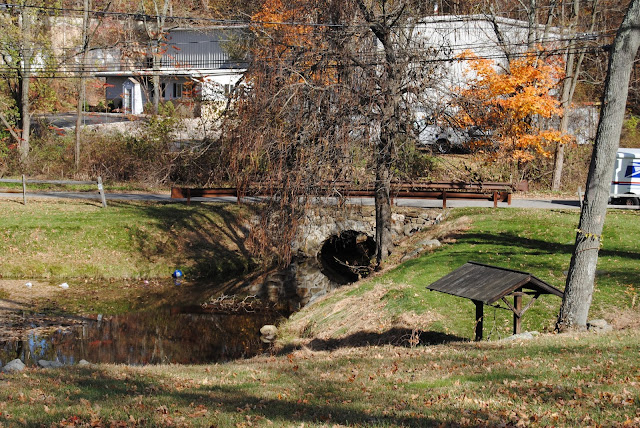 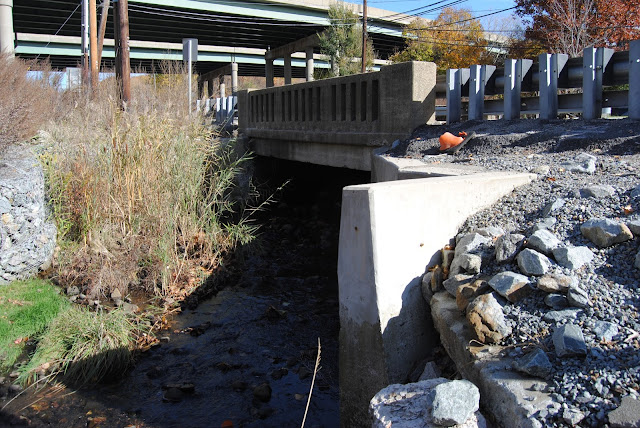 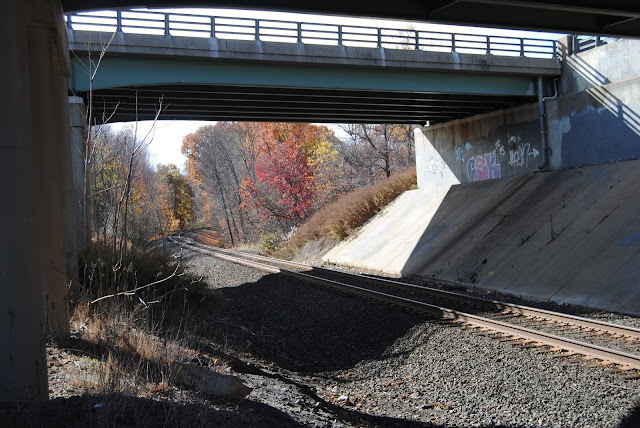 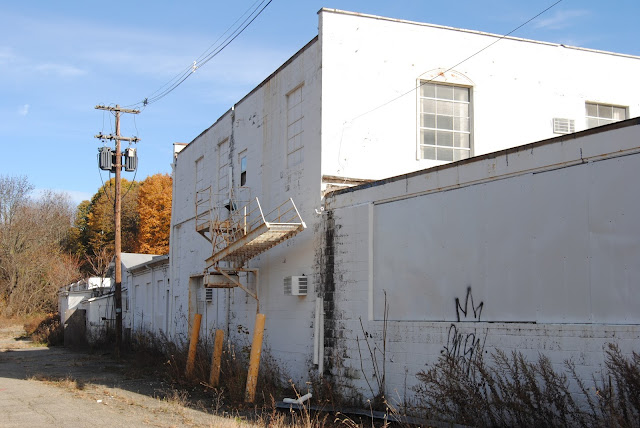 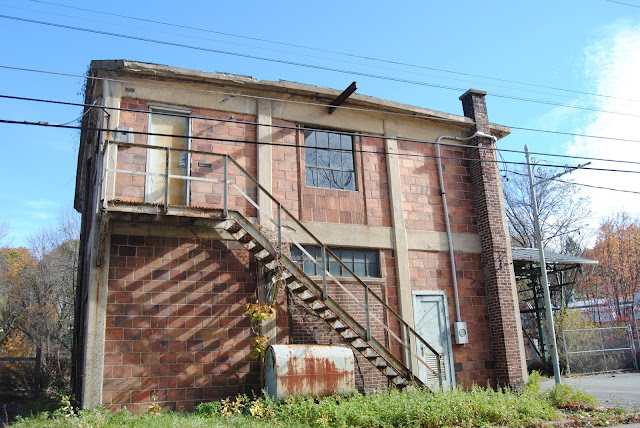 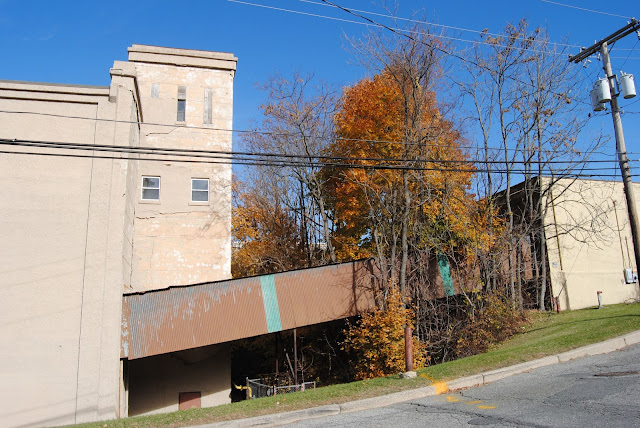 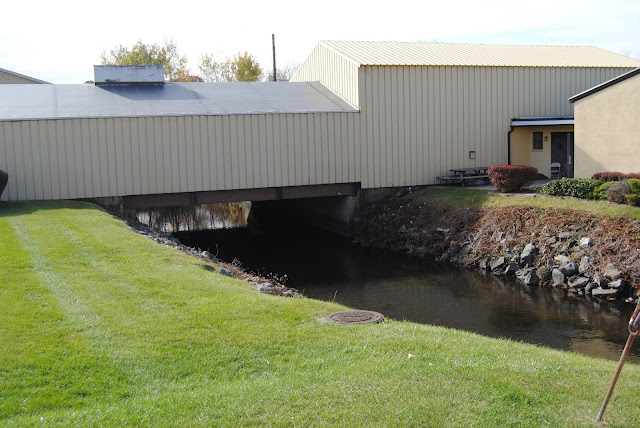 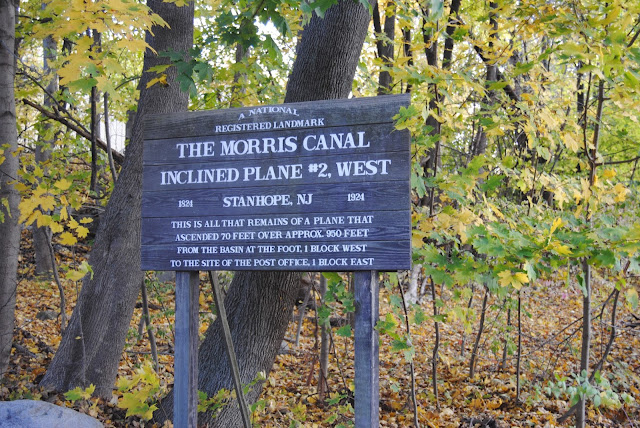 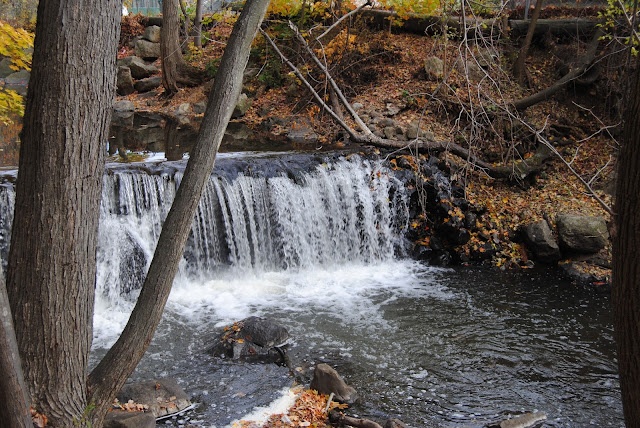 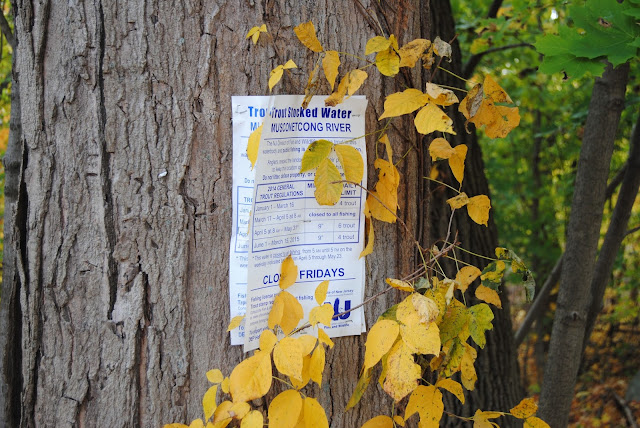 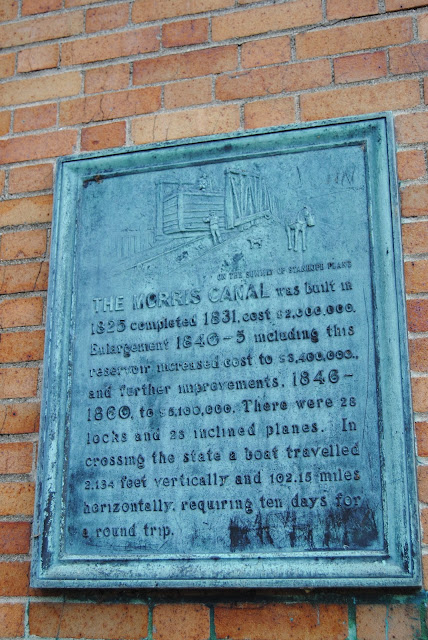 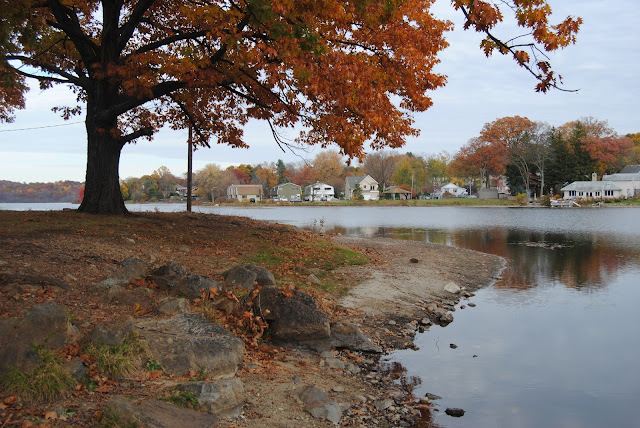 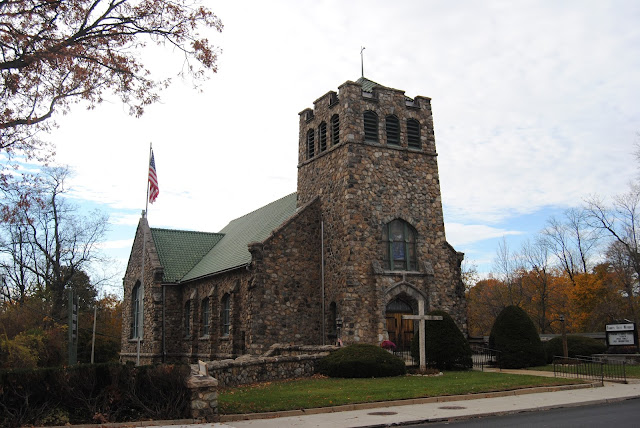 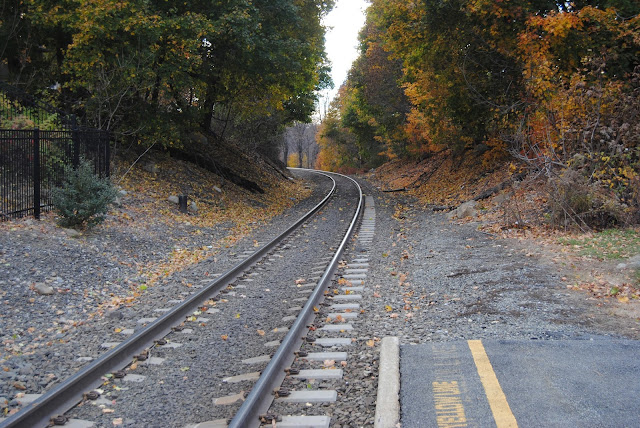 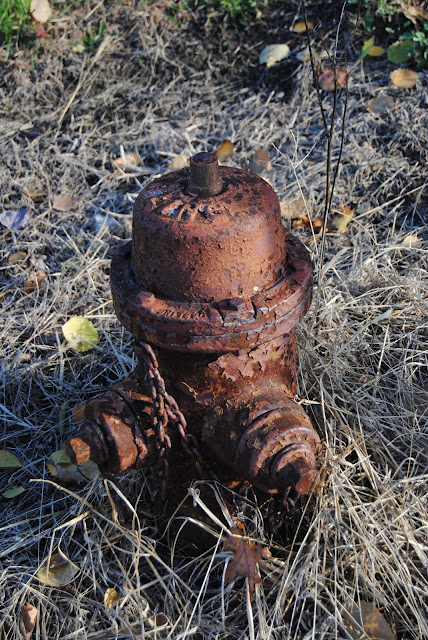 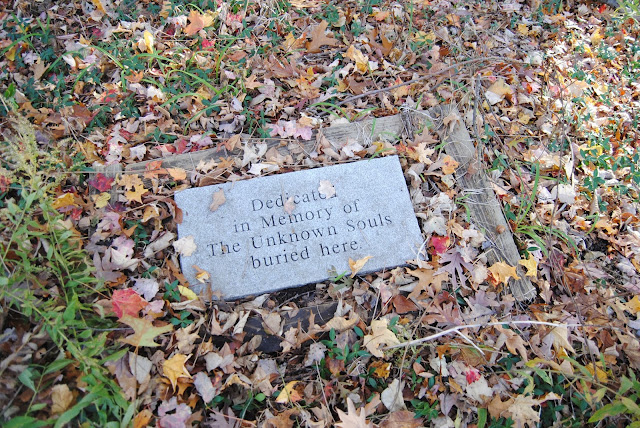 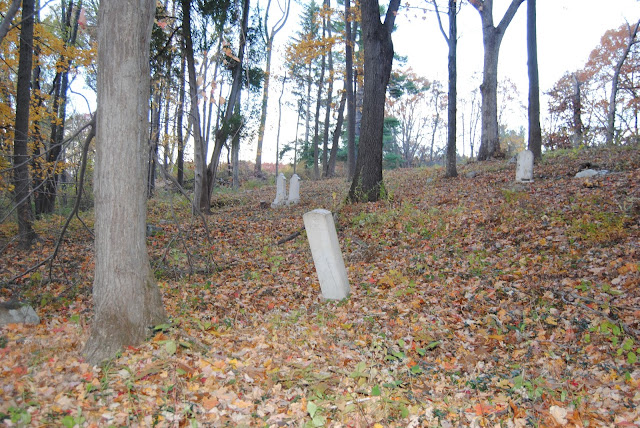