Welcome to the small community of Hillsboro, North Dakota.  Named for Great Northern Railway magnate, James J. Hill, Hillsboro is county seat for Traill county.  The town of 1600 (per 2010 census), is located on Interstate 29 halfway between two of the largest cities in the state, Grand Forks to the north, and Fargo to the south.  As Laurie was working in both those towns, we decided to place our camper at the Hillsboro Campground and Laundry.  I spent some time walking around the town trying to capture the flavor of the town.  As in many small communities, there is a blend of history, culture, and modern living. 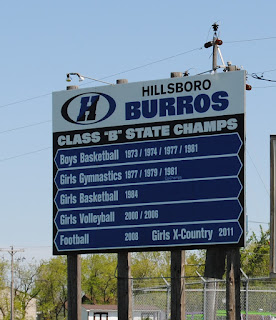 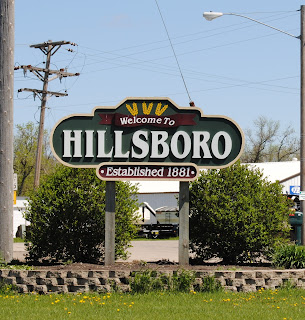 Just off exit 104, the Hillsboro town welcome sign. Nearby, a second sign proudly lists the sports accomplishments of the Hillsboro High School Burros. 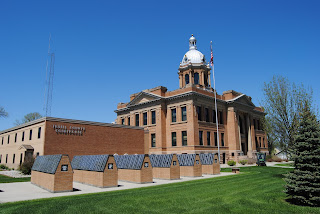 Traill County Courthouse and Veteran's Memorial.  The memorial lists the names of all Veterans from Traill County who served in the American military.  Main street Hillsboro has shops on one side of the street and the railroad tracks on the other.  Along the track side of the street is a grassy park area.  In this area are: a Burro, A small train coal service car, A monument denoting the electrification of Hillsboro, and a bright yellow and green caboose from the historic past. 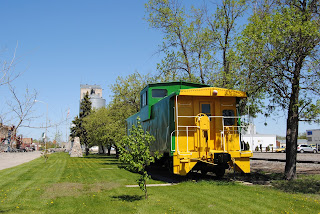 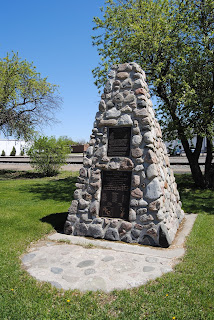 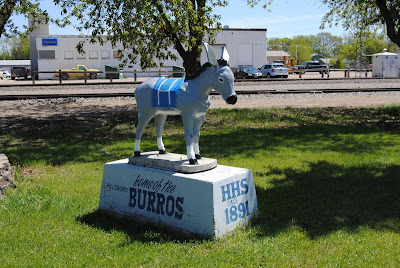 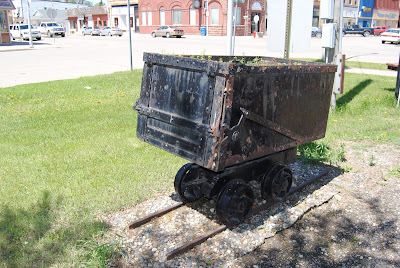 The city offices and police station building displays  "AD 1916". A local attorney office with a great old clock. The old closed Traill Theater, and street signs all show the age of a small town. 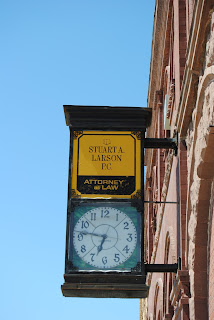 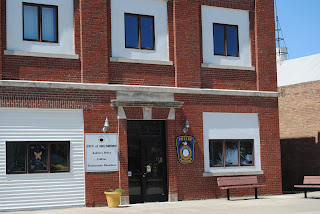 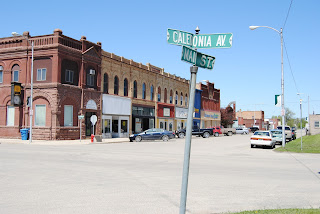 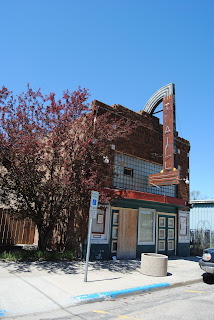 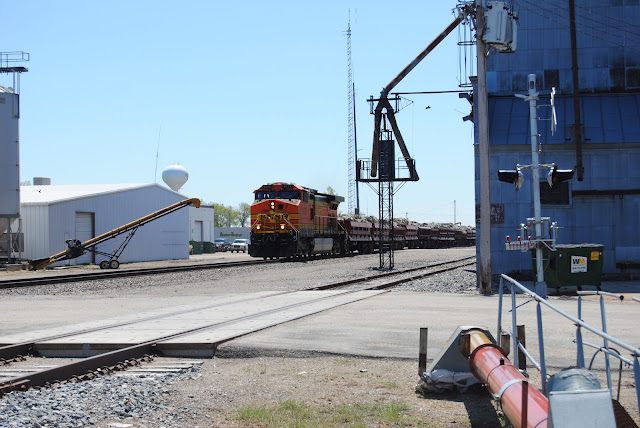 There will be a second look at this great little town soon.
Posted by Patrick! at 11:32 AM